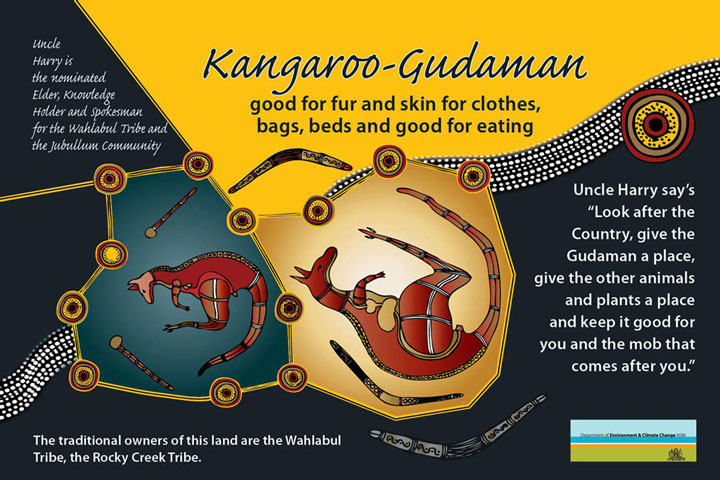 We have extensive experience in Aboriginal design projects and indigenous cultural heritage projects. We can help with research, content writing, graphic design, interpretive signage and other media to create engaging visitor experiences. We liaise with indigenous groups to gain direction, knowledge to share their story, and permission. ‘Country’ is central to Aboriginal culture as a place of belonging and belief. It is more than just the land and includes all living things, the seasons, stories and creation spirits.

We are often supplied with beautiful artwork that we adapt to the project at hand and the result is stunning. We love the opportunity to work with the First Peoples of our nation, learn their stories and share them with a wider audience.

Completed in Feb 2016 the Ngurin Bush Tucker Trail won first prize in the Western Australia Heritage Awards 2017, for a Heritage Tourism Product. The Shire of Karratha worked with Ngarluma Elders and The Interpretive Design Company to develop the Ngurin Bush Tucker interpretative signage trail. The signage showcases bush tucker, bush medicines and other artefacts used by Aboriginal people in their traditional way of life. Opportunities also exist for elders to run guided tours bringing economic and social benefits to the community. Aboriginal Cultural Heritage is also highlighted through beautiful Ngraluma artwork…modified into a graphic element it appears in waves, curves and stripes across the signage. View Project 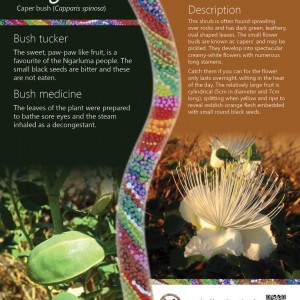 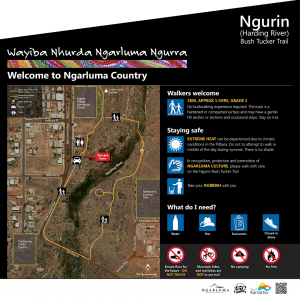 Working for a Government department with an environmental focus, we have required a designer that could capture the essence of a wide array of projects, and we have found The Interpretive Design Company deliver an outstanding service. They are creative and professional, with great communication skills being Dee’s forte. They have proven to be especially flexible with the sometimes protracted nature of the Department’s approvals process, especially when a project involves a number of community and indigenous groups. Despite unexpected delays they have always, without exception, been able to deliver projects on time.

Korora Lookout in Orara East State Forest is a favourite project involving Aboriginal graphic design. Incorporating signage, sculpture, spray art and audio it has been a collaborative project with local Gumbaynggirr talents and other artists. It tells the dreamtime story of Gumgali, the black goanna, in traditional language and wonderful art. View project 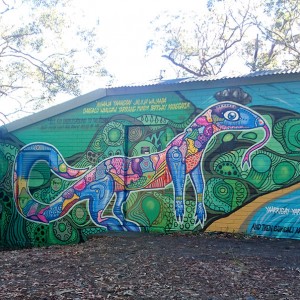 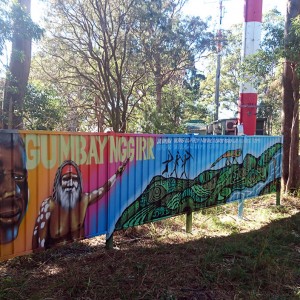 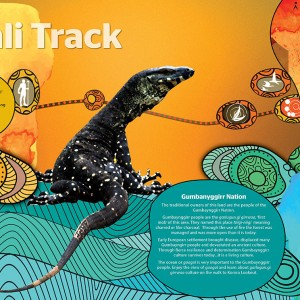 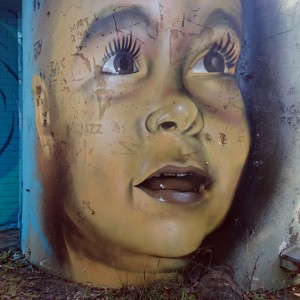 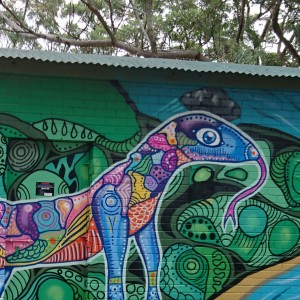 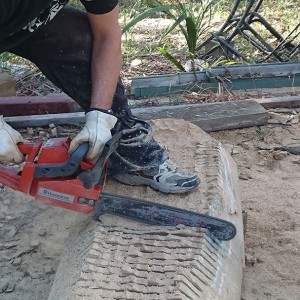 This project (the aboriginal graphic design of signage for a cultural heritage site of the Bundjalung People) required liaison with the Department of Climate Change & Water and the Bundjalung People through the Ngulingah Local Aboriginal Land Council. The brief was to develop signage for a Connection Walk to help restore and share cultural knowledge among the local indigenous community and visitors. View Project 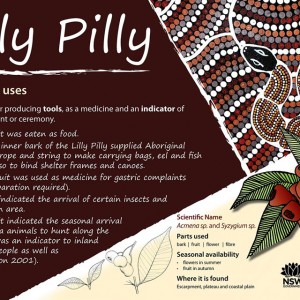 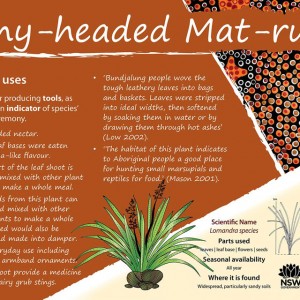 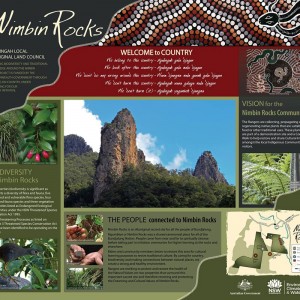