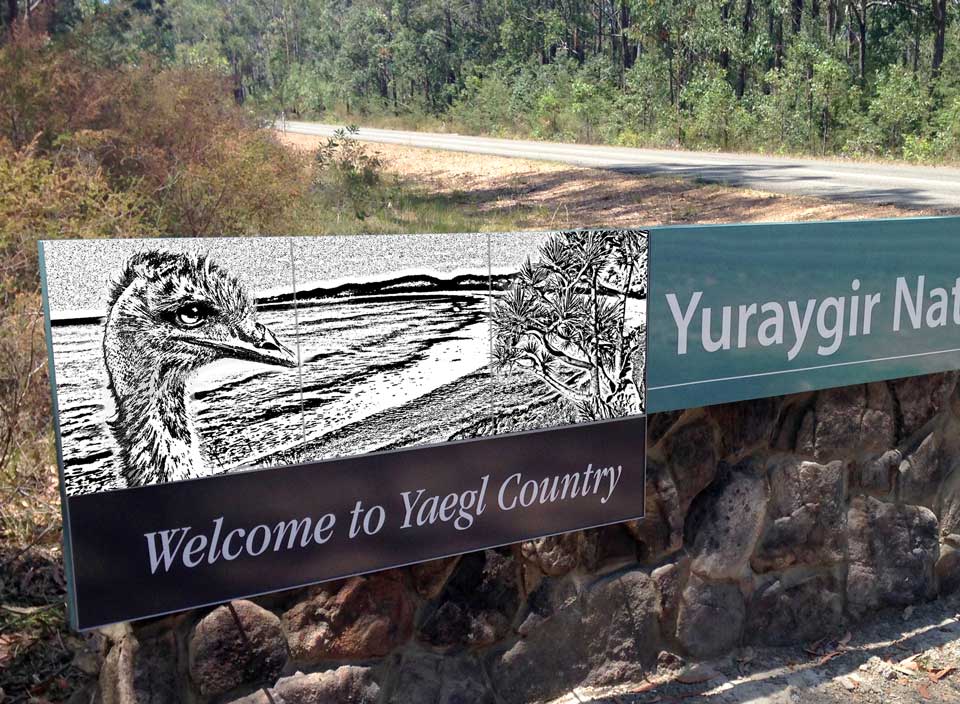 Park entry signs aim to express a park’s personality. The designs incorporate animals, plants and built structures found within the park to clearly identify the park and create a sense of welcome.

Iconic park entry signs have been designed for highly visible main entrances and include a welcome message. The graphic panel is 1800mm wide x 600mm high (excluding text) and features design elements unique to the park. 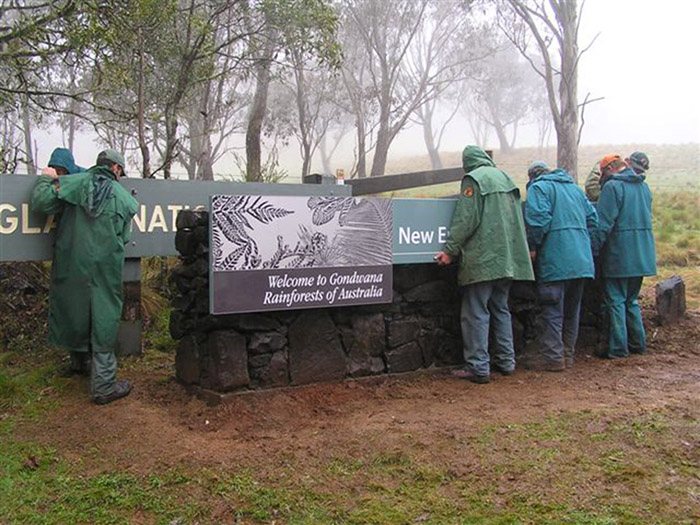 Installed on stone and brick structures they are similar to the Iconic park entry signs but smaller in size.

Yuraygir’s famous sweeping beaches, the rare and endangered coastal emu, and the distinctive pandanus that grows along the shoreline and cliffs form the basis of this major park entry panel design.  This highly visible sign at the park entry enhances Yuraygir National Parks profile as a major park of NSW. 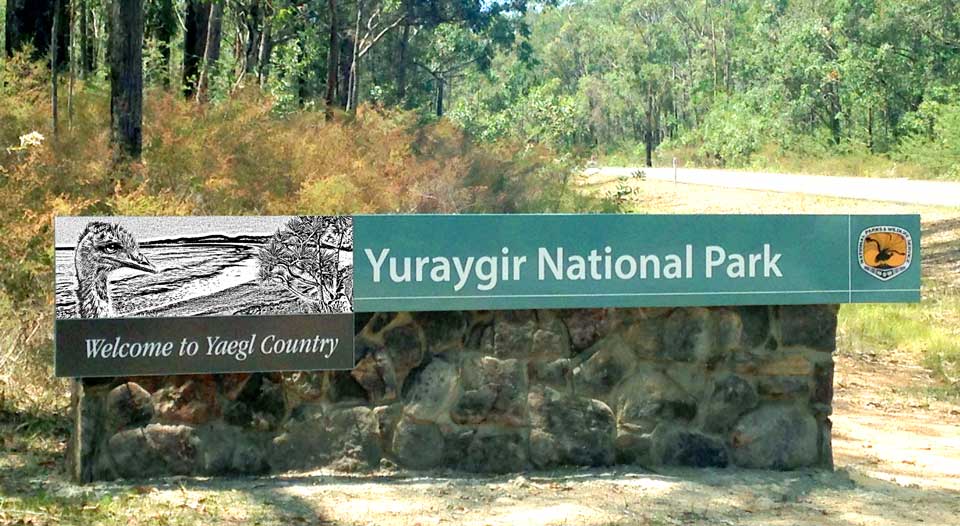 The Coastal Emu Dromaius novaehollandiae is listed as an endangered population and is isolated from its inland relatives. Listed as endangered under the NSW Threatened Species Conservation Act 1995, north coast emus survive only between Red Rock south of Grafton and Evans Head.

According to early settler documentation, the Coastal Emu was once abundant along the entire eastern seaboard of Australia, including parts of Tasmania and off shore islands.

The Powerful Owl (Ninox strenua) with big eyes was chosen as the basis for this major park entry sign.

A work in progress

So much to choose from at Trial Bay Goal in Arakoon National Park. Three options are on the go.

Minor park entry signs provide visitors with the first impression of the park. They are visual markers displaying the park name and are the graphic panels are designed to reflect a major characteristic of the park. They convey a parks personality, character and possibly its historic context. All this adds to the visitor’s experience upon arrival by creating a sense of welcome.

Close to the centre of Port Macquarie is one of its few remaining 19th Century buildings – Roto House. Roto House is a verandah enclosed late Victorian country house, preserved within the parkland setting of the Macquarie Nature Reserve. The 12-hectare Reserve have been conserved as an example of the house of the pioneering Flynn family in a district of outstanding natural features and historic significance.

We designed this graphic panel based on the chimneys of this historic building. 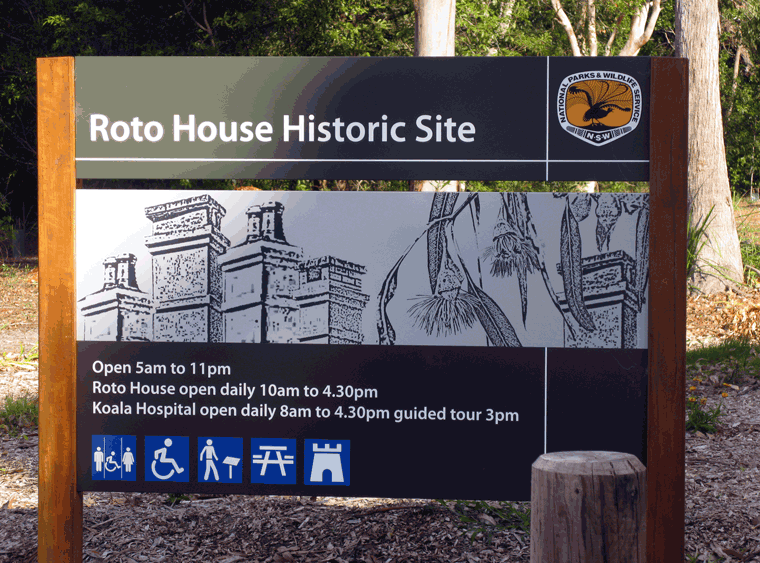 Supplied aboriginal artwork forms the basis for these graphic panels. 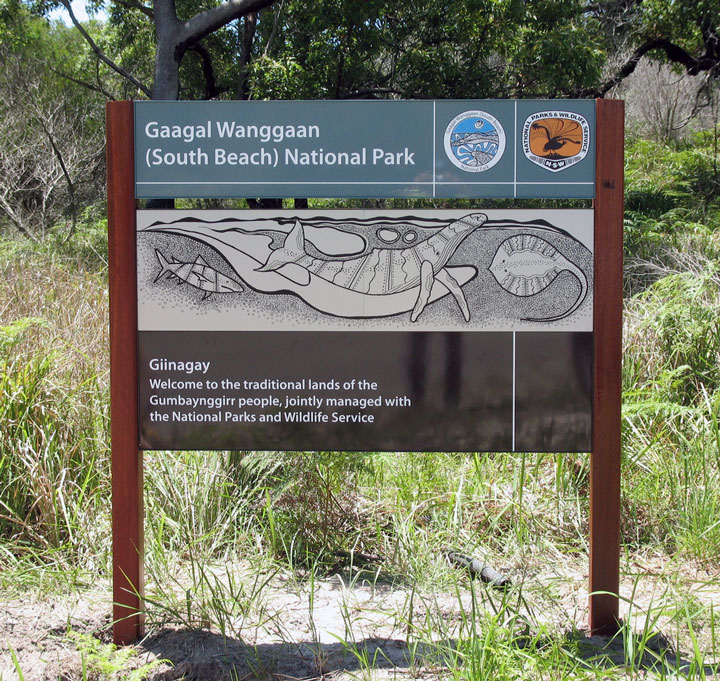