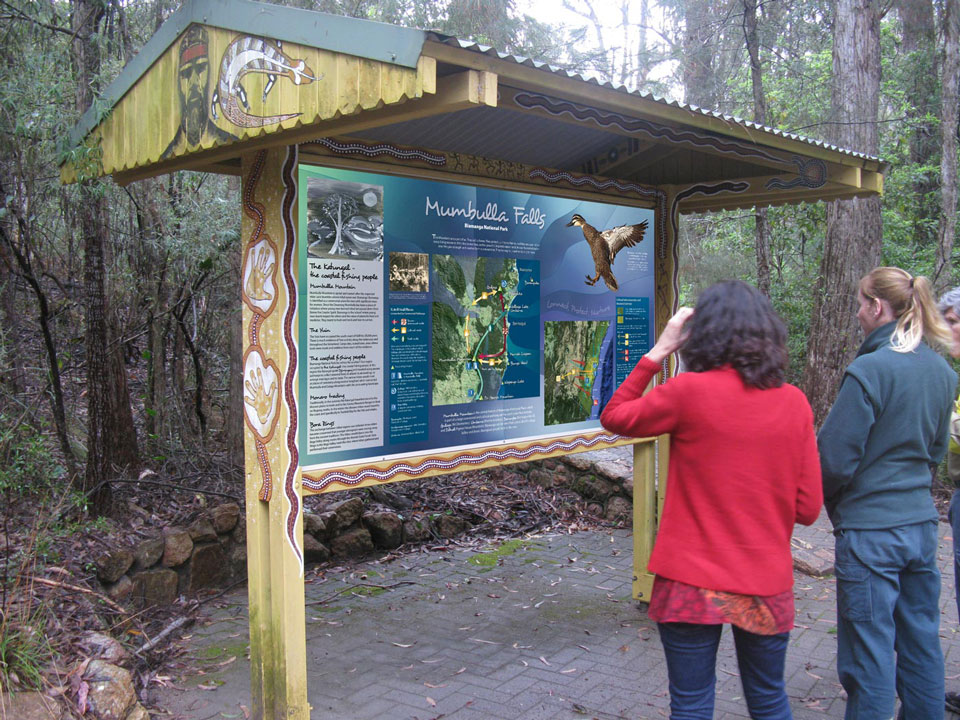 Cultural heritage signs installed at Mumbulla Falls, in Biamanga National Park, describe the rich cultural connections between the various Yuin tribes. Connections based on trade, ceremonial pathways, ritual places and ancestral journeys are highlighted along with an historical timeline. 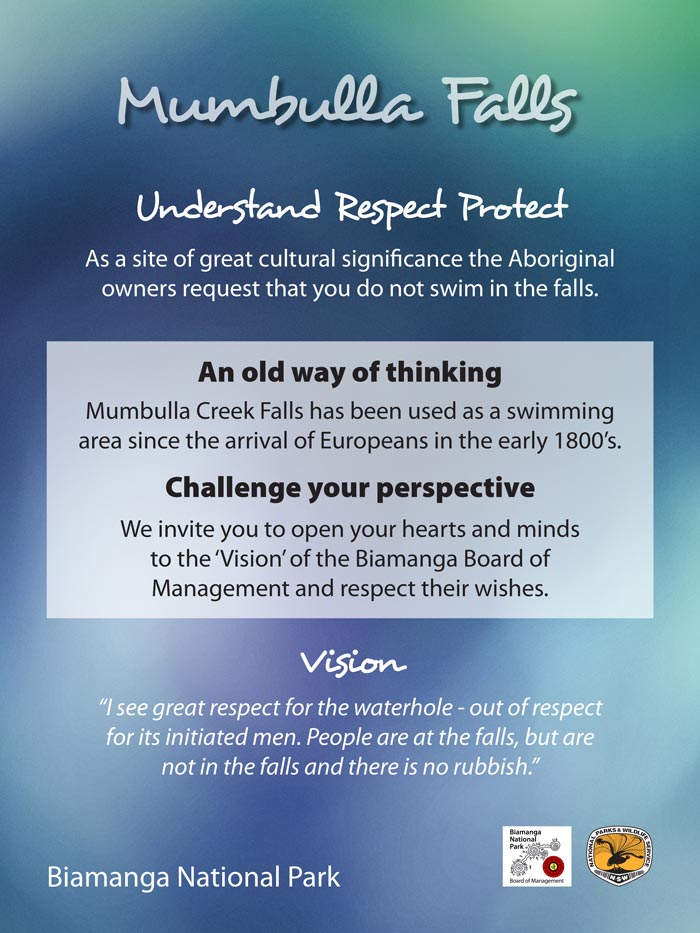 At 800m high, the granite landmark, Gulaga Mountain, commands an amazing view of the surrounding pastures, coastal lakes and ocean. Known to the Yuin (pronounced ba-ju-in) people as Mother Mountain, she is a reliable harbinger of local weather. “Gulaga is my anchor to home,” says Yuin elder Iris White, who grew up in the small, close-knit community of Wallaga Lake, in the shadow of Gulaga. Like previous generataions of her people, who stretch back some 20,000 years, Iris grew up knowing that she has a spiritual connection to Gulaga.

This rich cultural relationship was recognised in May 2006, when Gulaga National Park and Biamanga National Park were handed back to traditional owners. They are now leased back to the Government to be used as National Parks and remain an important part of the conservation estate of NSW. Each mountain is unique yet they are ‘one’. Connected in mythology, they are part of the cultural landscape of the Yuin people connecting the land stretching south from Sydney to the state of Victoria.