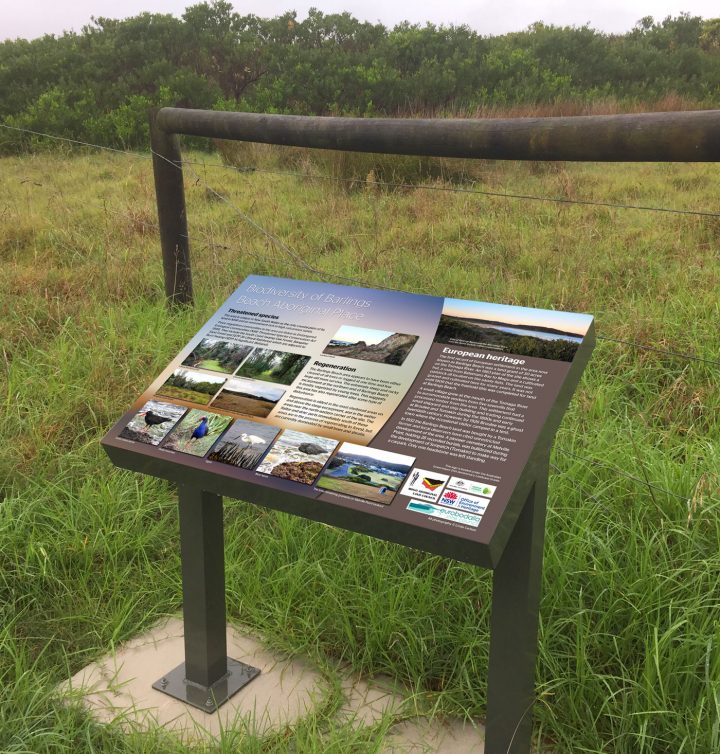 Declared an Aboriginal Place in 2000, these Aboriginal signs aim to provide conservation messages for the protection of the physical and spiritual values of the area. They interpret the natural and cultural heritage of Barlings Beach and its Aboriginal and European uses over time. Developed in close consultation with the community they include information about the history of the area (3,000 BP– 2,000 AD) and Aboriginal uses of natural resources on the Barlings Beach and surrounding area.

The Barlings Beach area provides an important community resource for the Eurobodalla community, in particular the residents of Tomakin and the surrounding towns of Broulee, Mogo and Mossy Point. The two signs are 900mm wide x 600mm high. 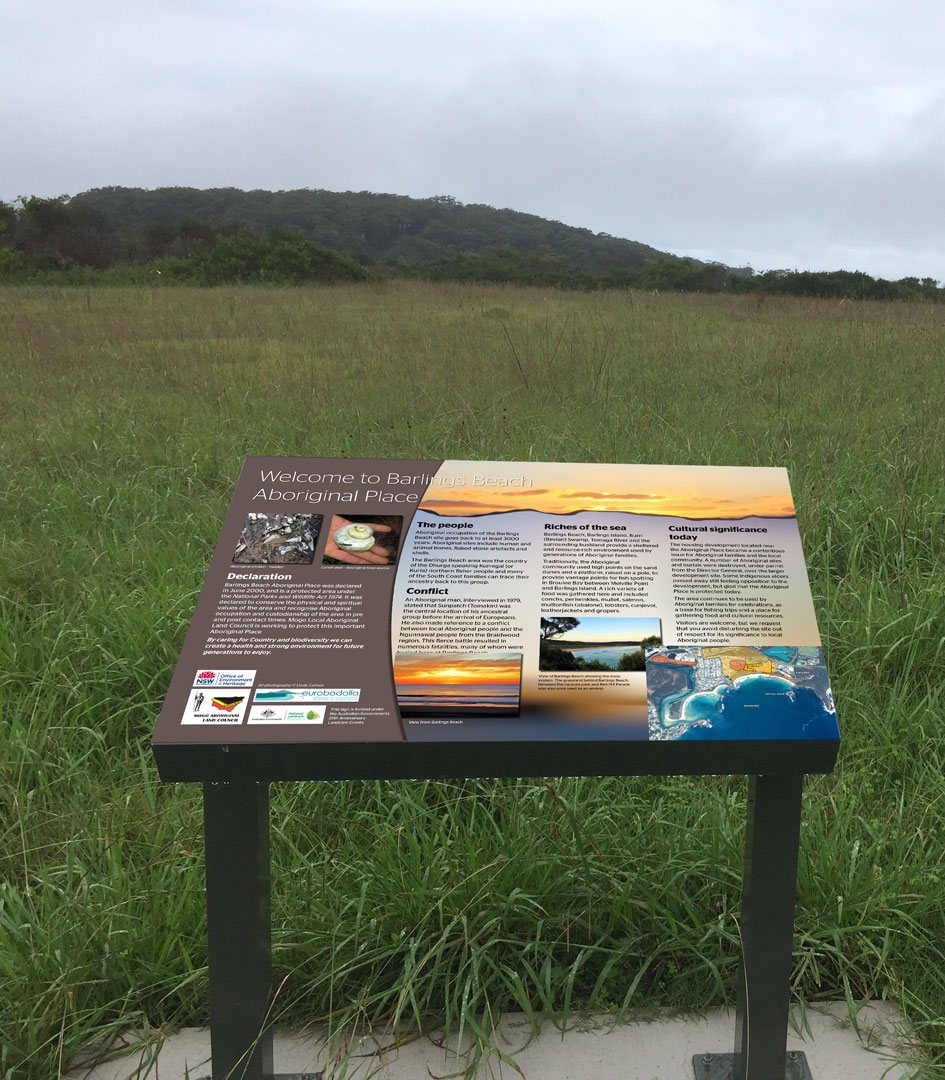 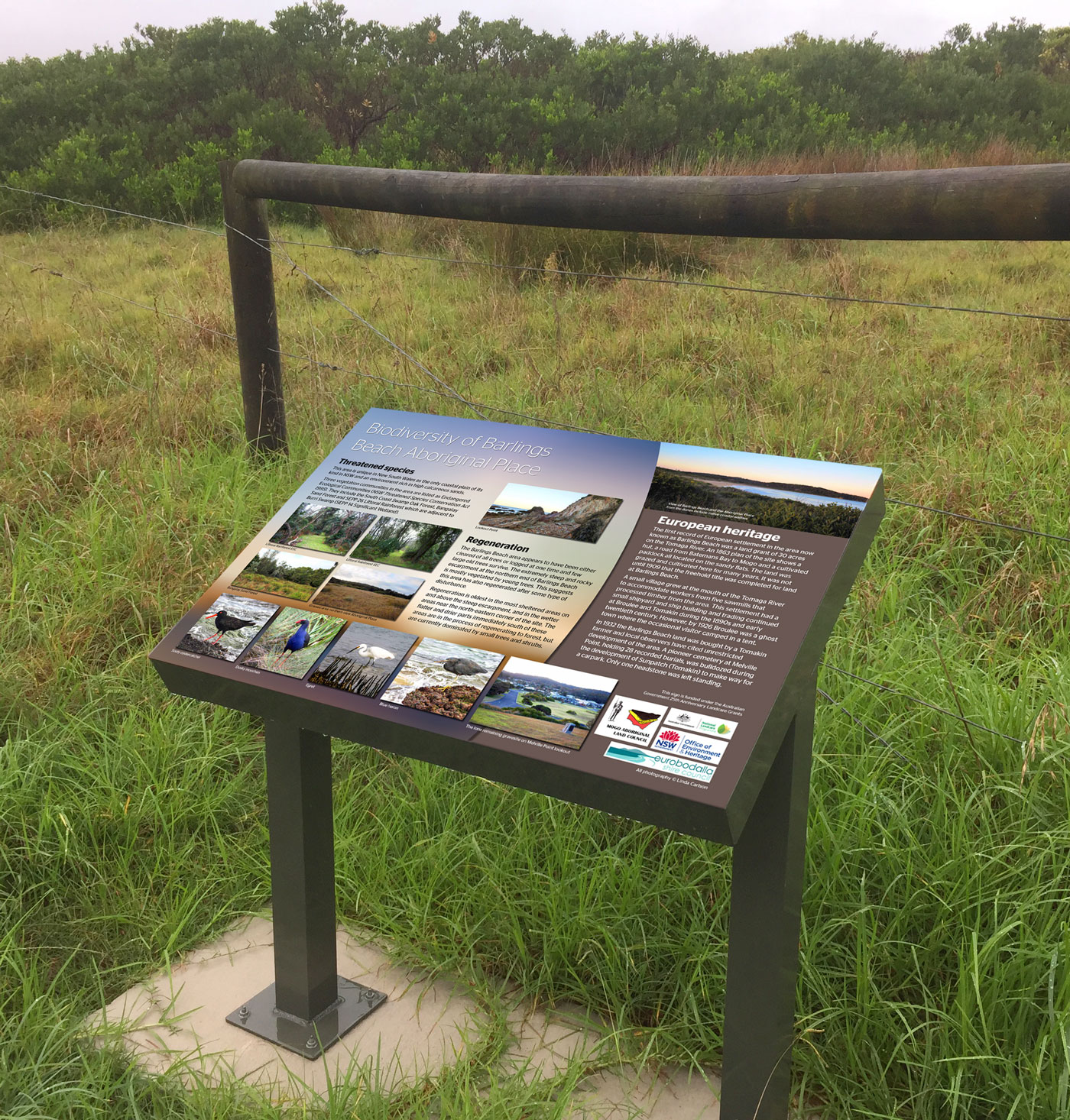 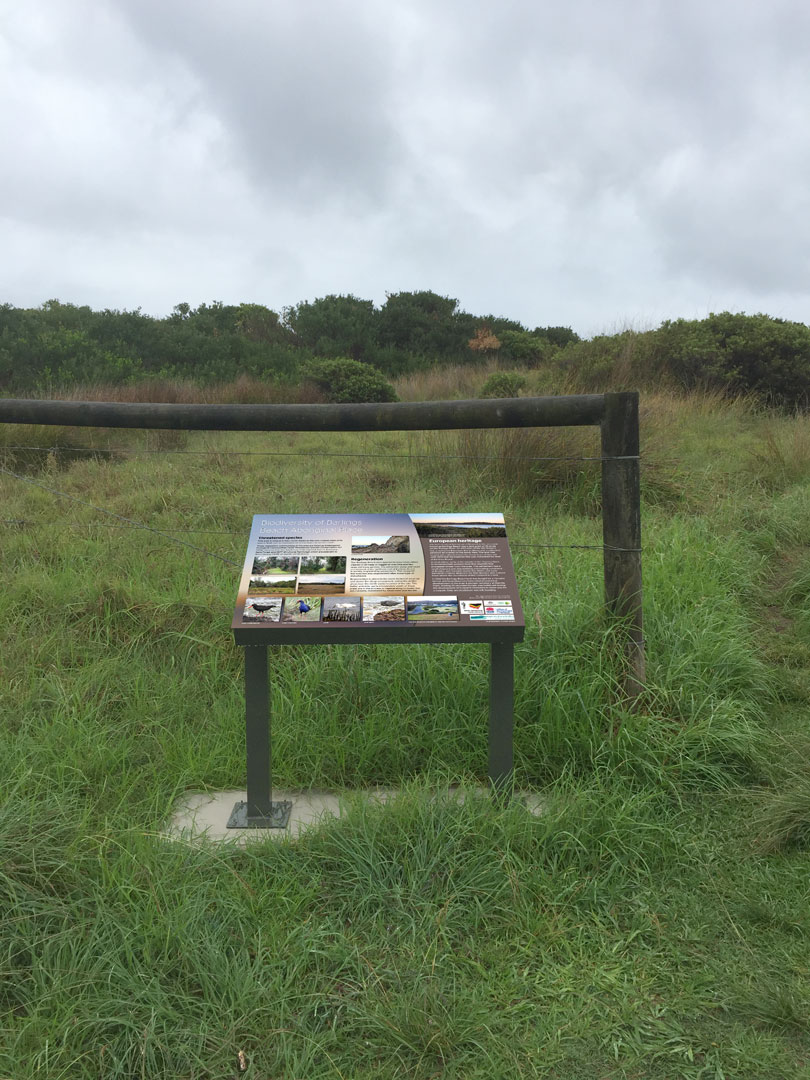 Our Aboriginal Signs on Susan Island tell how it is one of the islands created by the Dirrangun throughout the Clarence that embraces the Nations of the Bundjalung, Gumbaynggirr and the Yaegl people. Traditionally a womens islands, native plants were used for food, fibre and medicine.

At Grafton we told the shared history of the island while on the island we told of the demise and specialness of some flora and fauna. We were provided with beautiful local aboriginal artwork and there were also some fantastic historic photos to complete the interpretive Aboriginal signs.

Susan Island is well known by local Gorries as one of the many areas traditionally used by Aboriginal women. The women who came to the island knew how to use native plants for food, fibre and medicine. The Susan Island Aboriginal signage showcases some of the native flora. 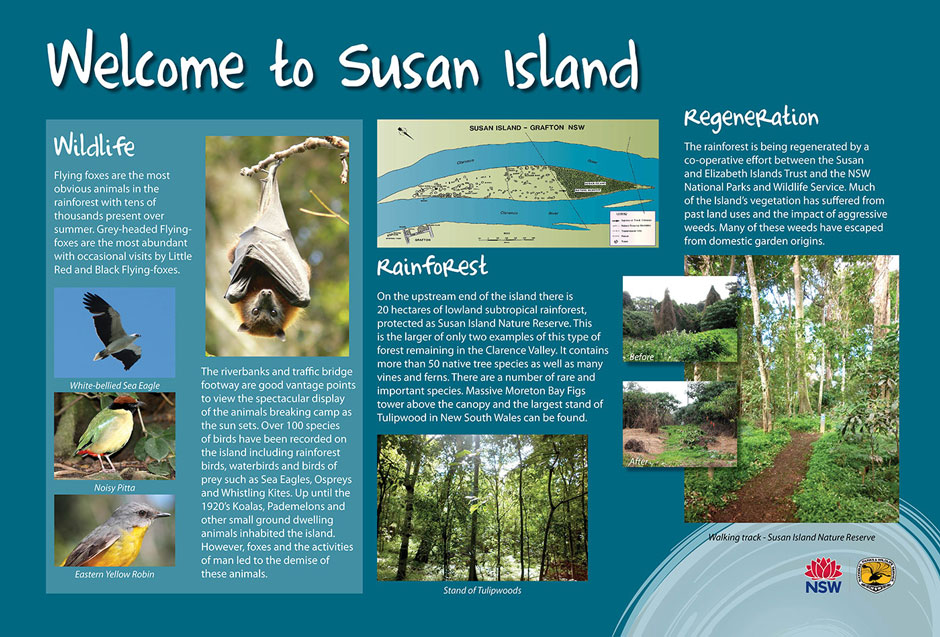 You are welcome to visit Susan Island by boat.  The closest boat ramps are at the end of Prince Street, Grafton and the end of Skinner Street, South Grafton. The down stream end is grassy with scattered trees and makes an ideal area for picnics. This is a public reserve managed by the Susan and Elizabeth Island Trust. A mown path leads west to Susan Island Nature Reserve on the upstream end of the island.  This area is managed by the NSW National Parks and Wildlife Service.