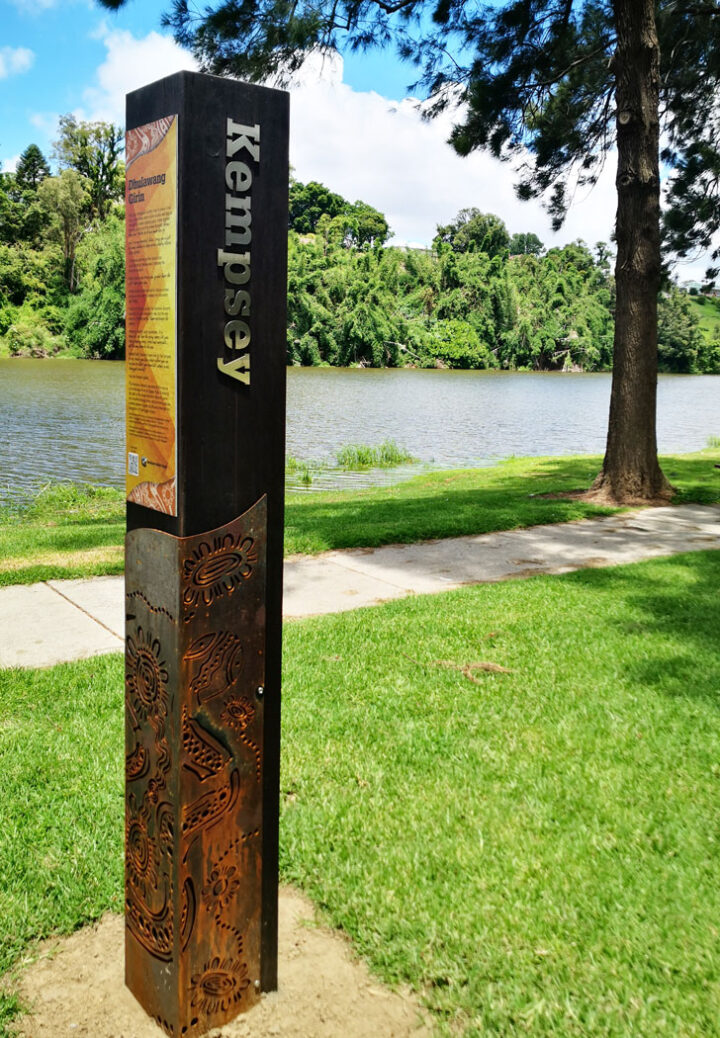 Deadly stories, beautiful artwork, culture and language are brought to life through our Aboriginal interpretive signage projects. Most incorporate original artwork and language from the respective first peoples nation.

The Macleay Valley Coast is a popular visitor destination that was significantly impacted by the 2019 black summer bushfires. This project aimed to stimulate visitation back into the Macleay Valley communities and to also create a sense of pride and optimism. Dunghutti and Thungutti Aboriginal culture were the inspirational source for the project.

The scope of works included:

Date: 2021
Client: Kempsey Shire Council
Note: We acknowledge that the spelling of Dhanggati/Dunghutti may vary

The entire Smoky Cape Range is of profound spiritual significance to the local Aboriginal community. Prior to establishment of the park, numerous carved trees were removed from sites adjacent to the lighthouse complex and transported to the Australian Museum. Smoky Cape marks the place of the last, historically recorded, large ceremony on the coast. Other sites include middens and ceremonial sites.

Smoky Cape connects us with the past as the traditional country of the Dunghutti Aboriginal people. Mentioned in the log of Captain James Cook during his historic voyage of 1770, Smoky Cape is also a site of World War II heritage installations. Smoky Cape Range is about 370km north-northeast of Sydney and located within the Hat Head National Park. Historic Trial Bay Gaol is also part of the range with the nearest  town being South West Rocks.