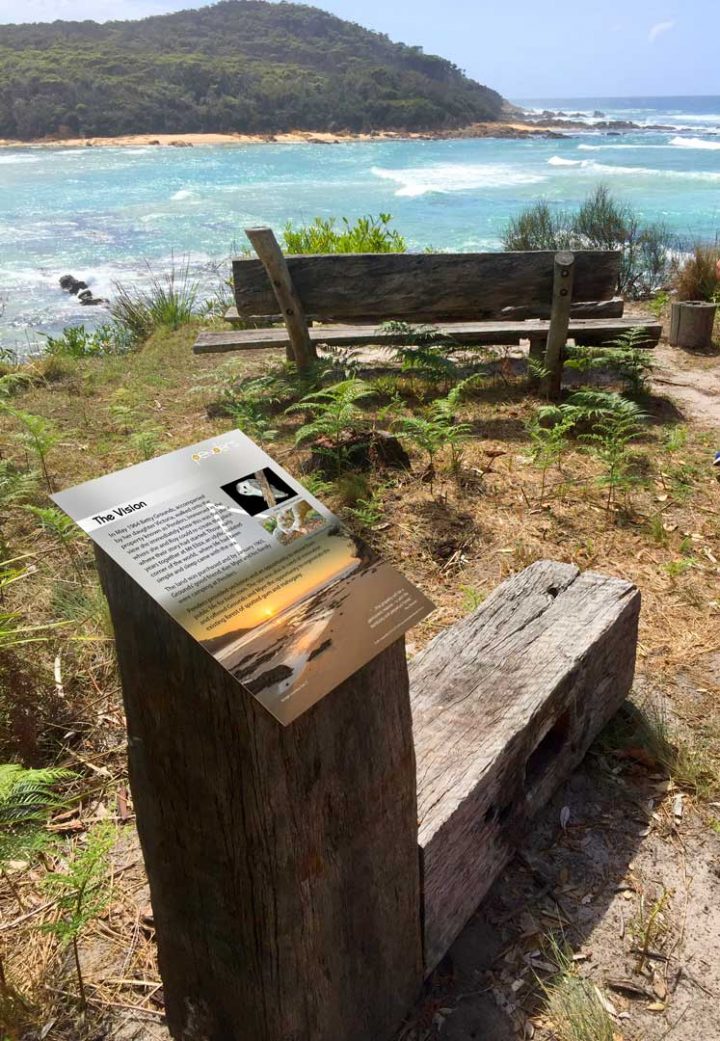 The initial brief was to prepare an interpretation plan for Penders…“a heritage site of state significance comprising a rare suite of modernist buildings and structures designed by the renowned architect Roy Grounds within a setting of great natural beauty”. Subsequent to the adoption of this plan we undertook extensive research to identify themes, images, stakeholder opportunities, design elements, stories and implementation options.

The short term goals of the interpretation plan were matched to budget and a suite of interpretive, wayfinding and regulatory signage designed. The installation of magnificent wharf timbers showcases the interpretive elements and complements the existing structures.

Such a rich cultural heritage site provided endless opportunities for story telling, challenging us to be minimalistic in our approach. We determined locations and orientation for all signage along with production methods that were durable in a coastal environment, resistant to vandalism and complimentary to the nature of the site.  100 year old wharf timbers boast some of the interpretive signs. 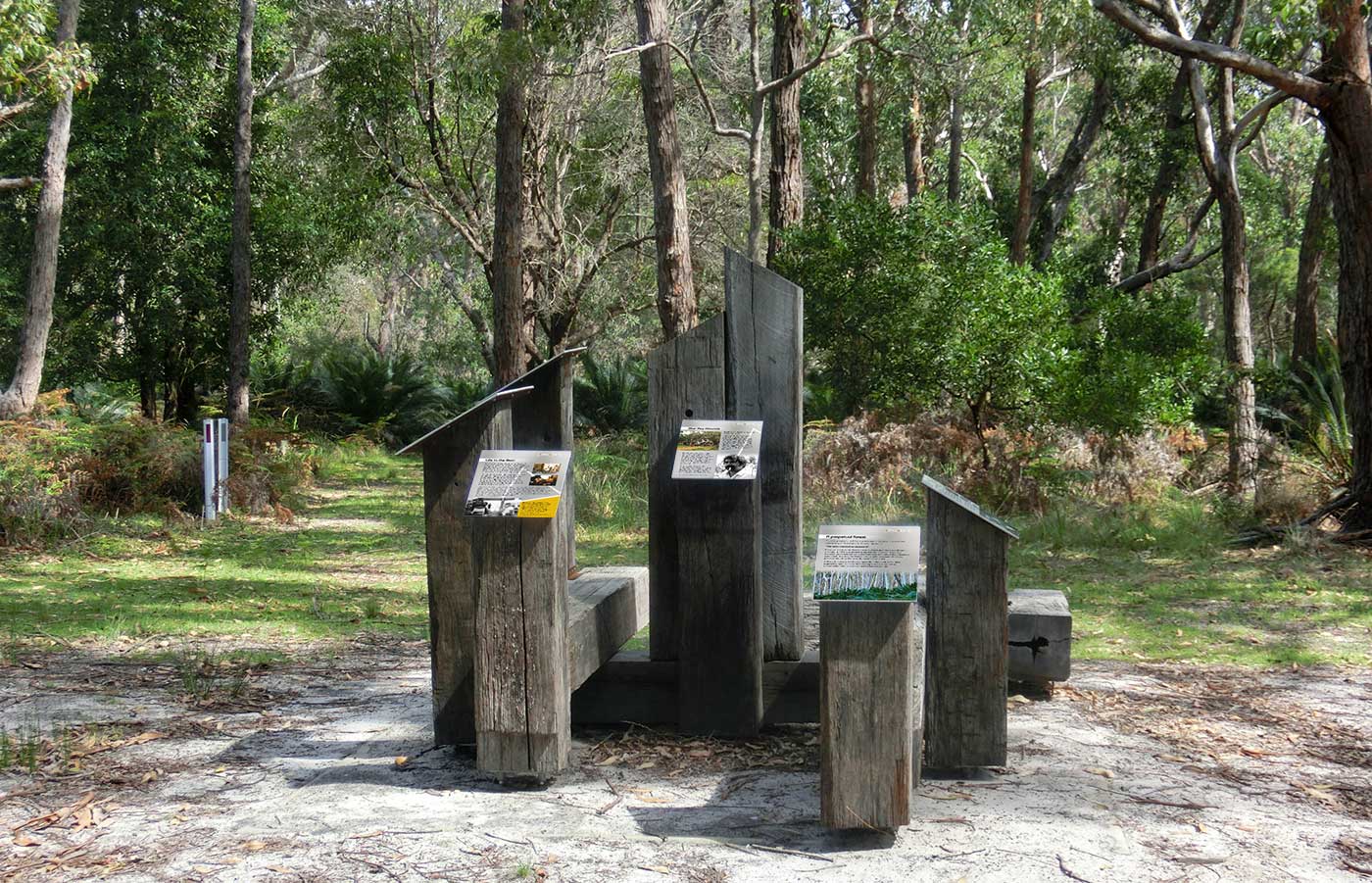 It has been an absolute pleasure working with The Interpretive Design Company over the past 2 years.  The project at The Myer House in Mimosa Rocks National Park was massive and had some delicate issues requiring careful handling.  From concept plans to design of individual sculptural interpretive installations and even assistance with installation the professionalism demonstrated by yourself and your crew was second to none and made my job so much easier.

Every stage of the process has been exceptionally well handled and we really appreciate the your efforts and patience. Thank you for your new ideas and concepts that we have trialled here, particularly in relation to the mapping.  I look forward to working with you all on many more successful projects.

The 20 hectares Penders site is located on the southern coast of NSW at Tanja within Mimosa Rocks National Park. Listed in November 2013 as a place of state significance it comprises a rare suite of modernist buildings and structures designed by the renowned architect Sir Roy Grounds within a setting of great natural beauty. Penders was used by Grounds as an experimental workshop for the exploration of creative structures, and experiments that influenced the evolution of modernist architecture across Australia in the later half of the twentieth century.

The Penders site also has a strong association with Kenneth Myer, member of the prominent Myer retail family. The site demonstrates his ecological aims and interest in the commercial use of native timbers through its partially surviving timber plantation and remains of the experimental shed for the Tanolithic timber preservation process.

Sir Roy Grounds proved the inspiration for this suite of signs. The template designs featured his favourite colour – yellow – and geometic shapes – mostly triangular. An interpretive hub was created near the ‘Barn’ and ‘Geodesic Dome’ to reveal some of Roys escapades. (Yes, one of the signs has been installed too high – hope to see this rectified soon). 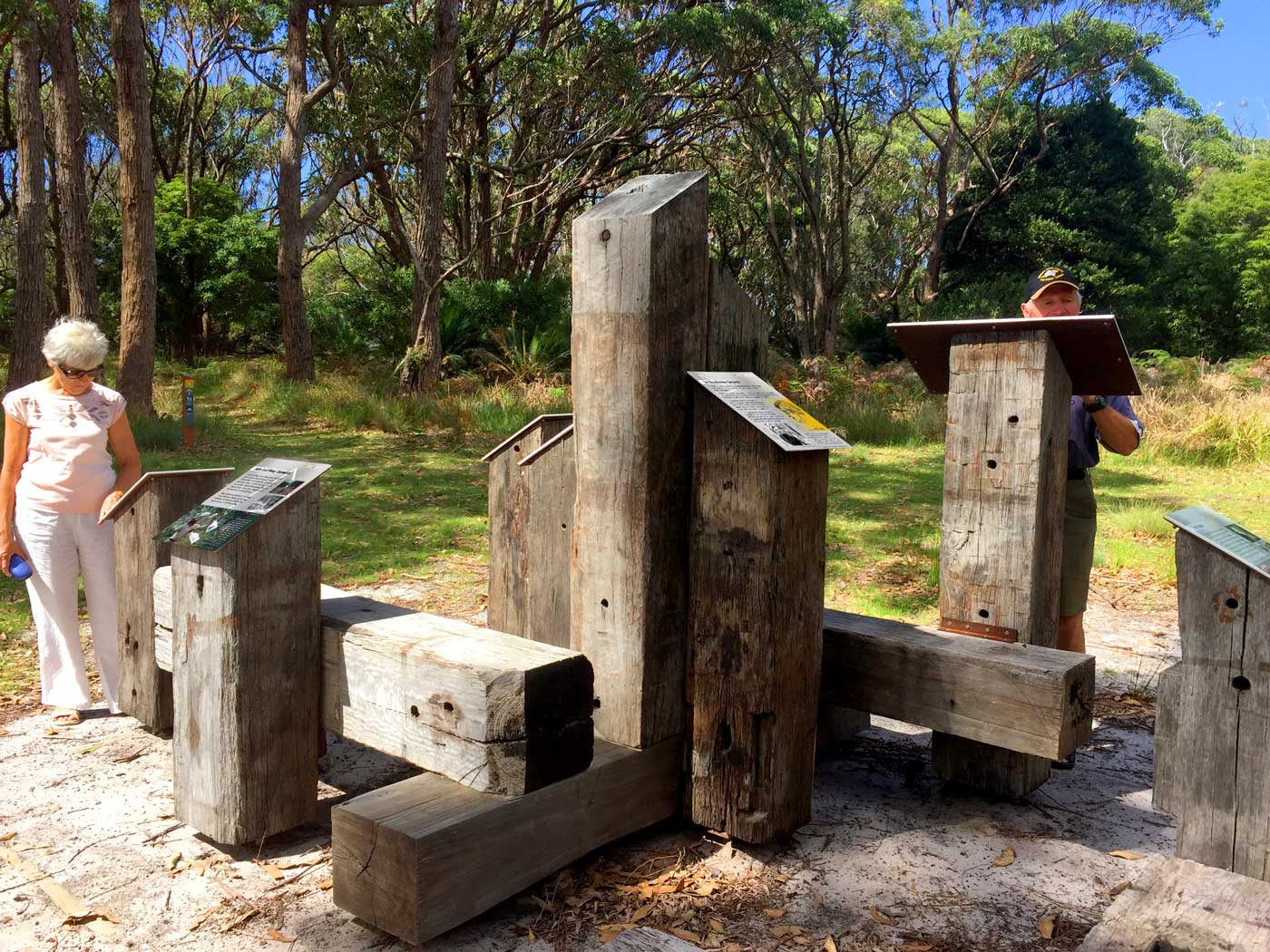 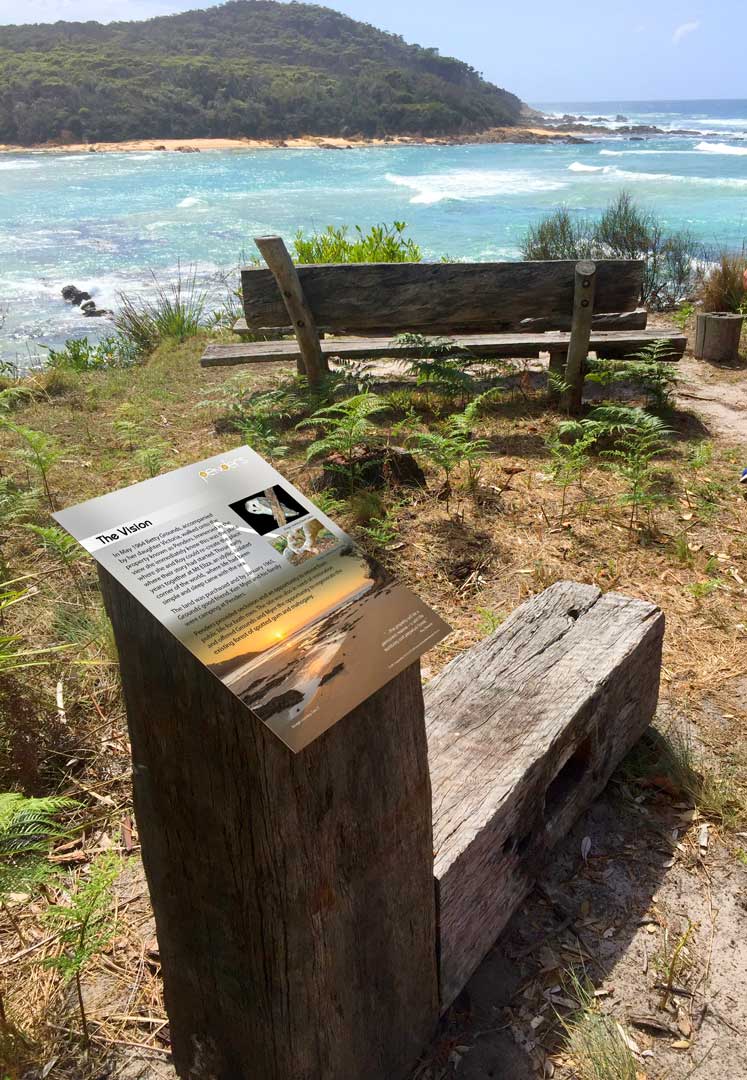 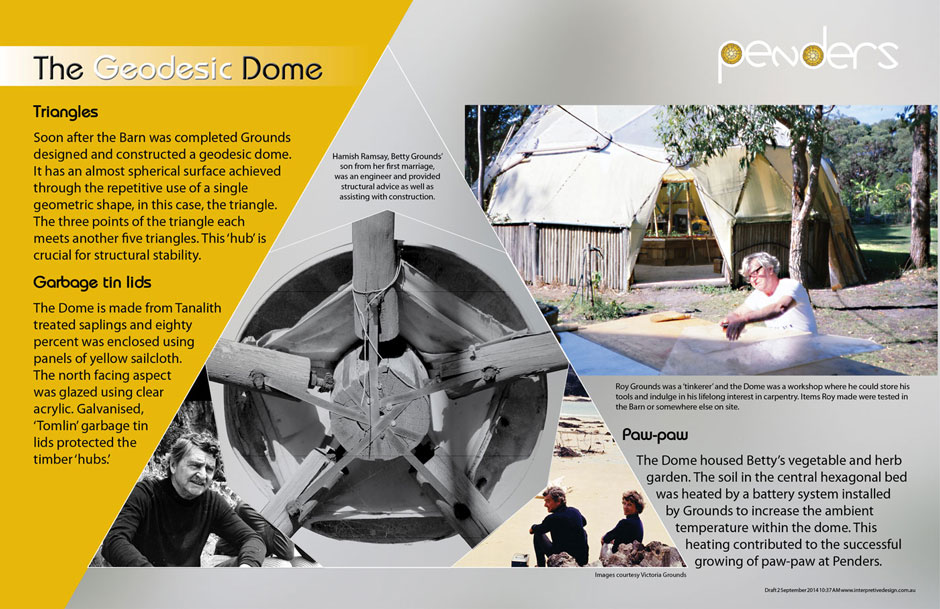 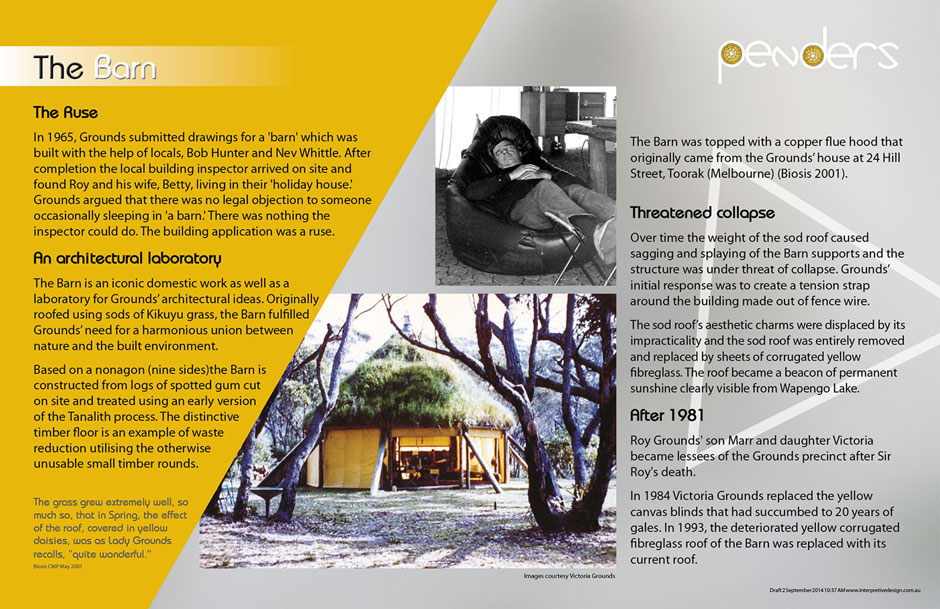 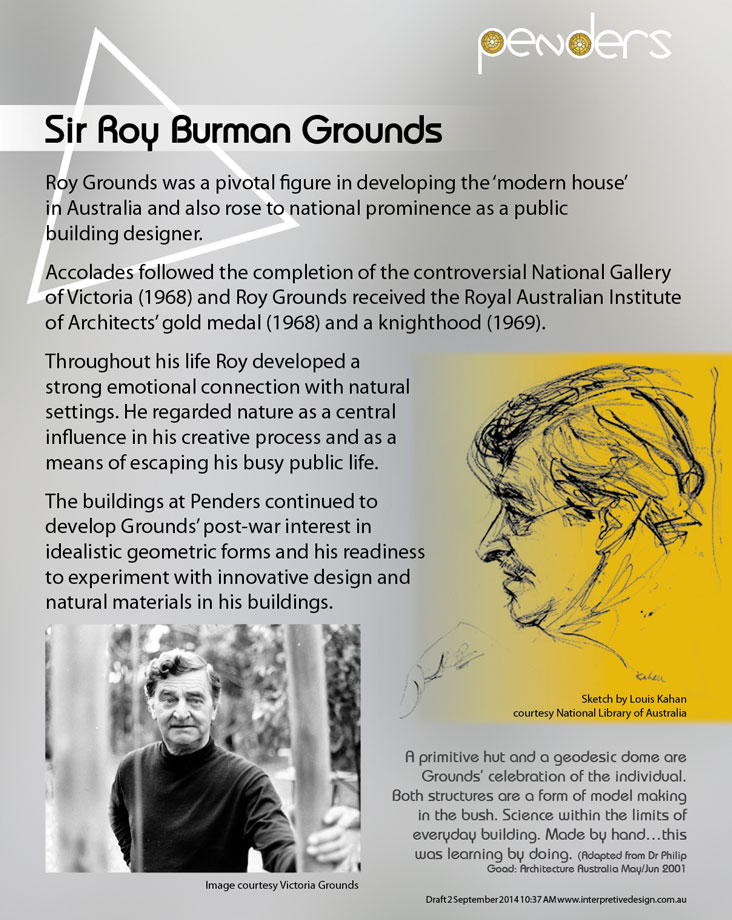 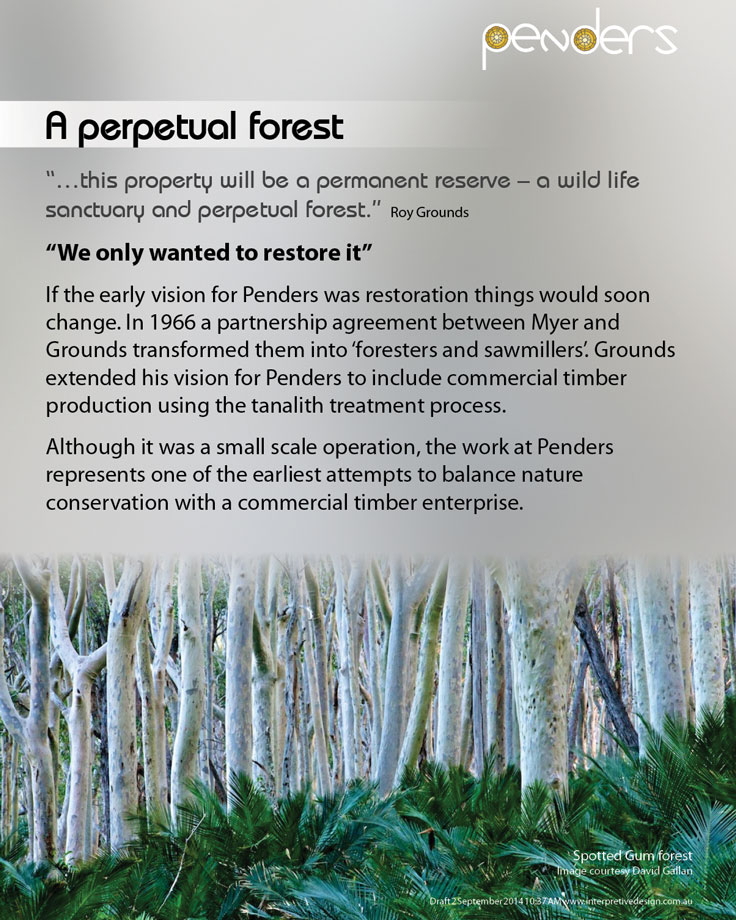 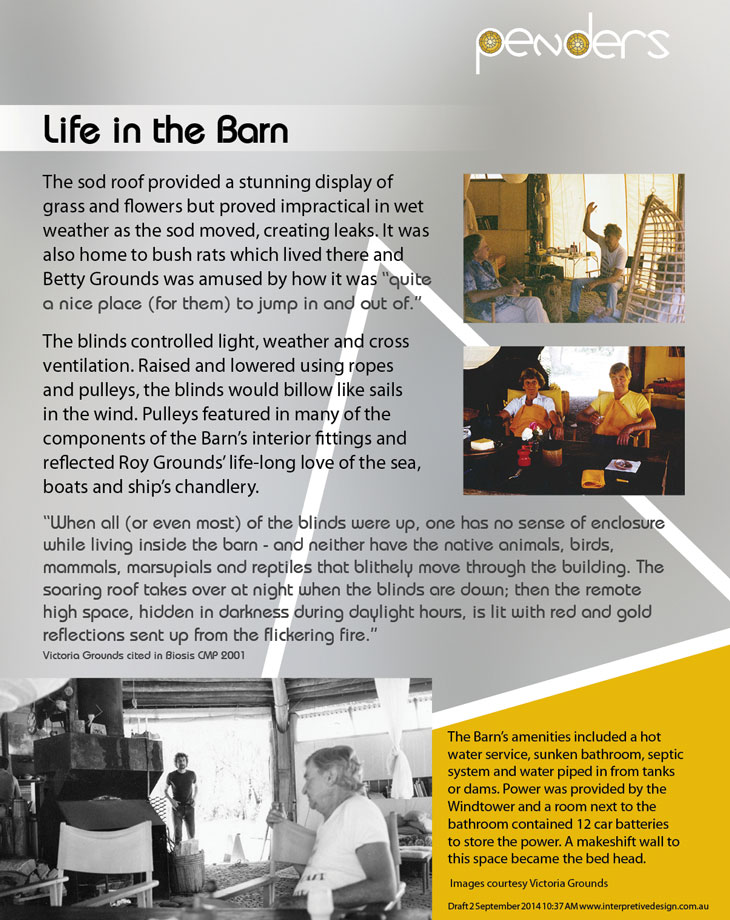 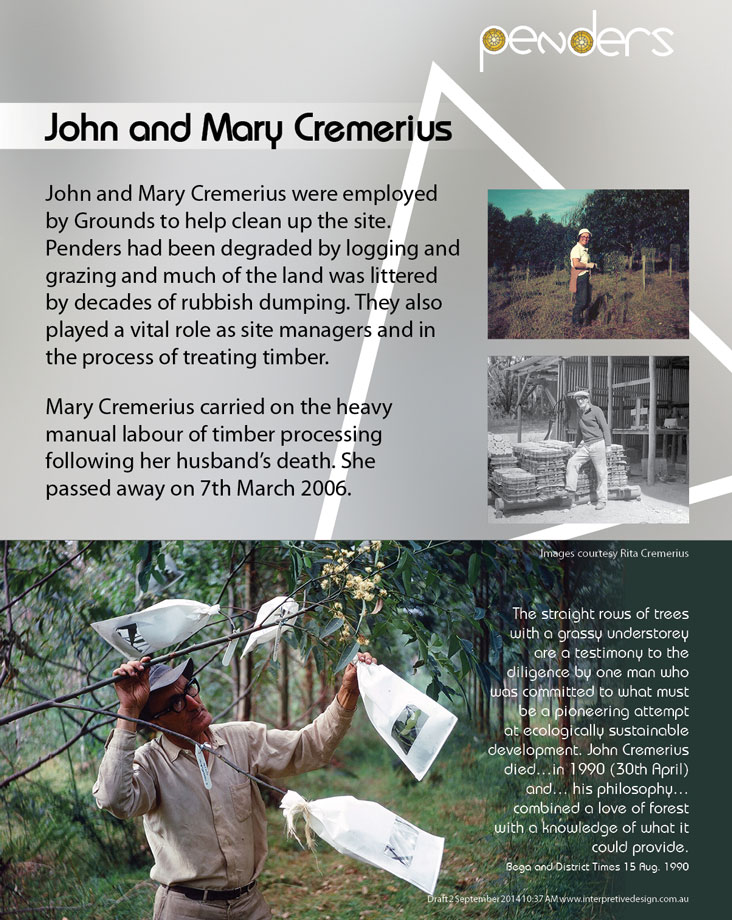 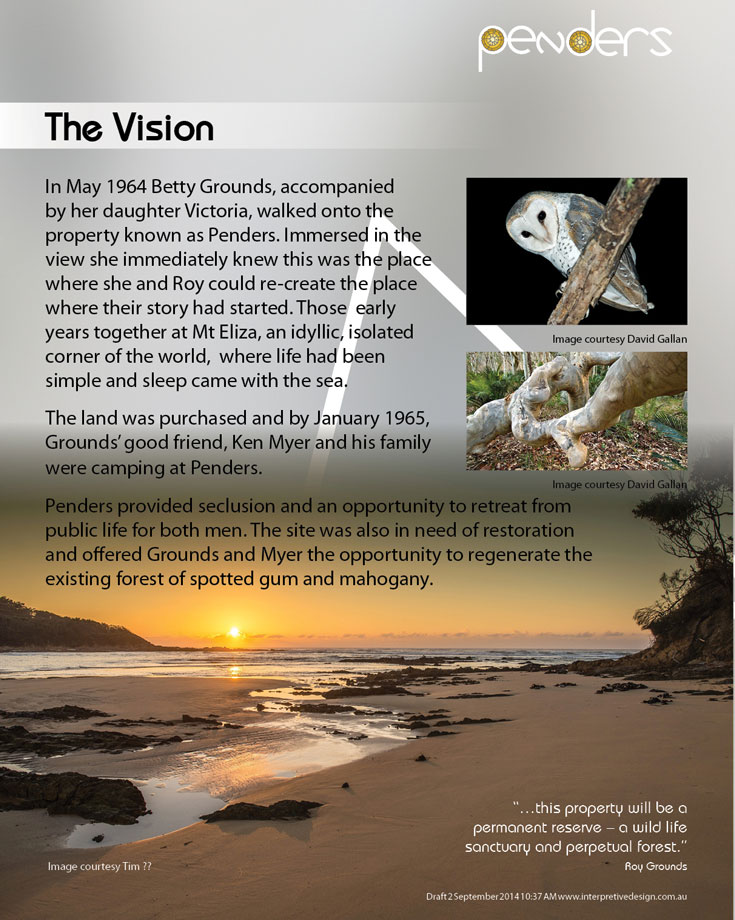 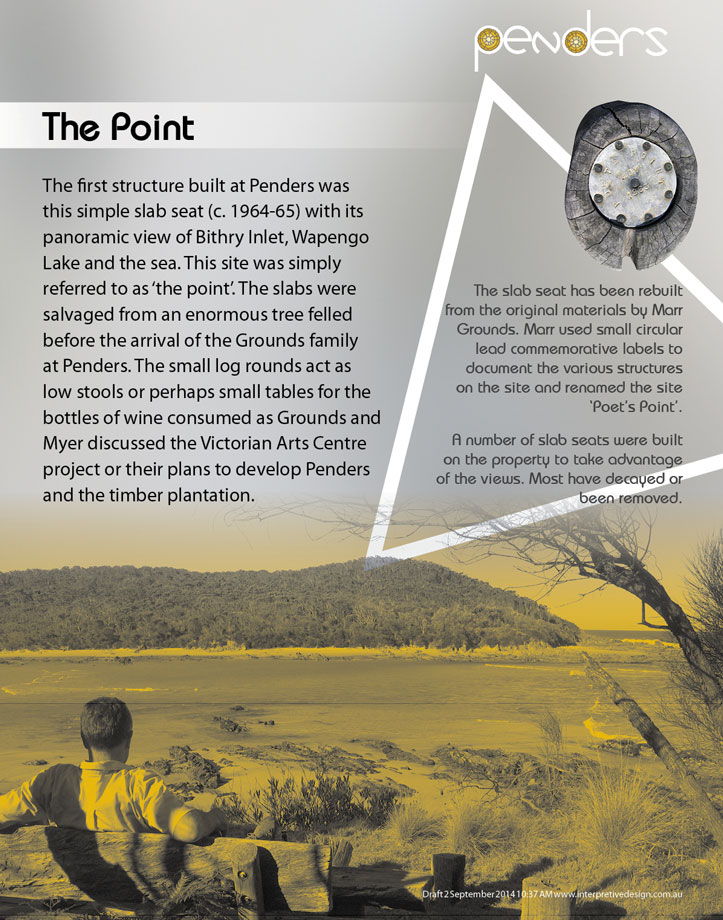 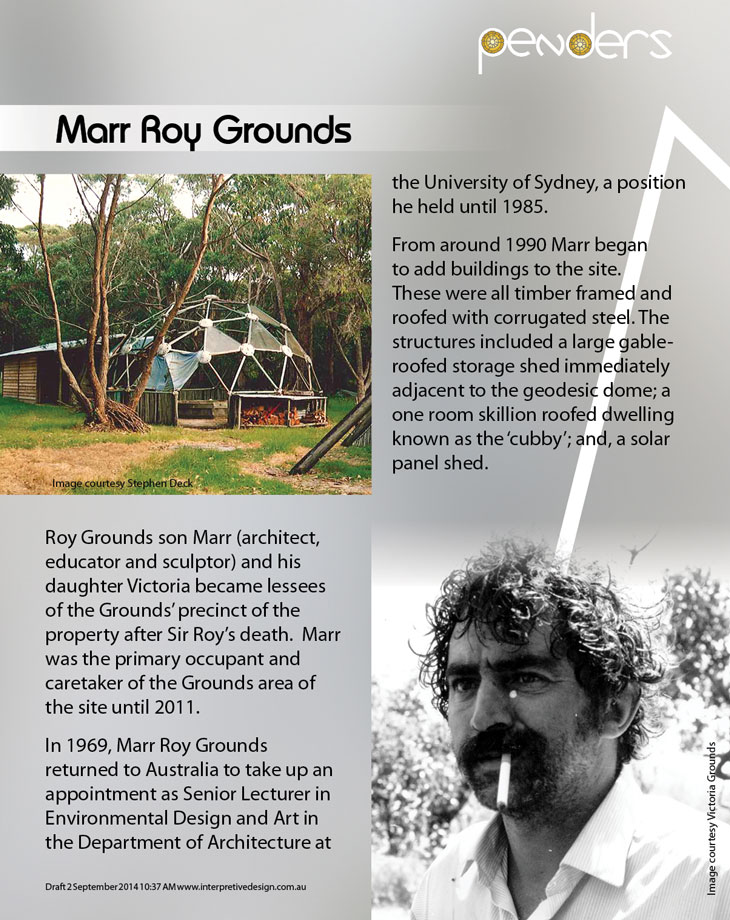 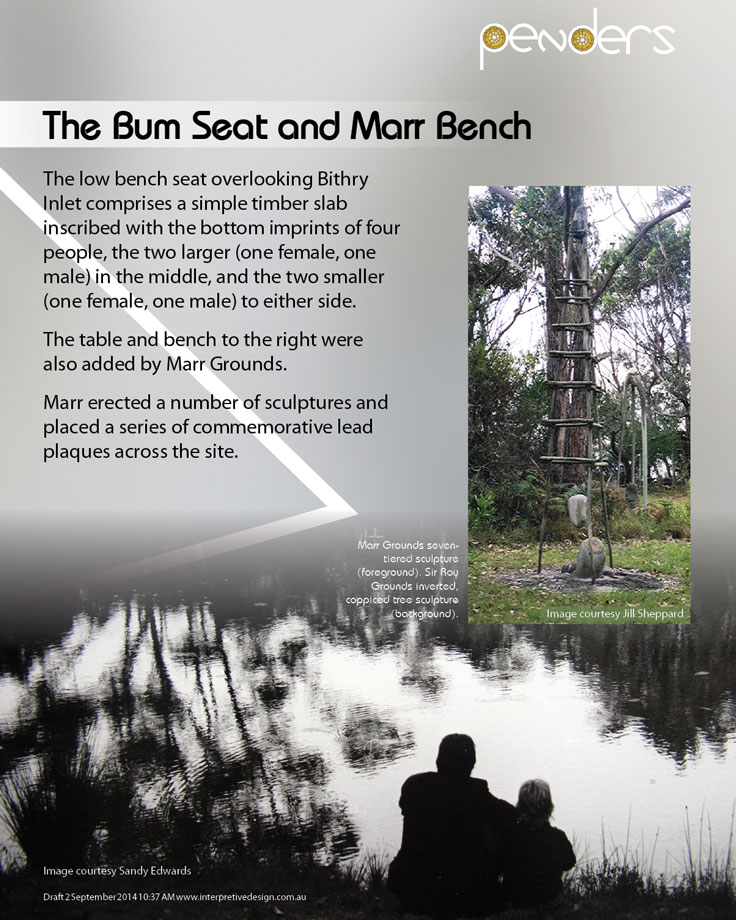 The installation style and design template for Ken Myer (and his associated timber projects) took on a different look and feel.  Installed on CORten frames these signs utilise a different template and colour scheme (Myer theme – green, property theme – orange). 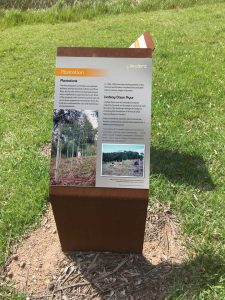 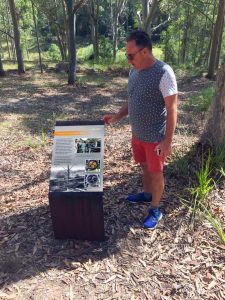 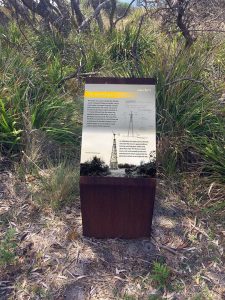 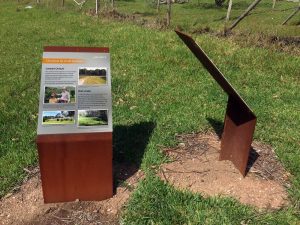 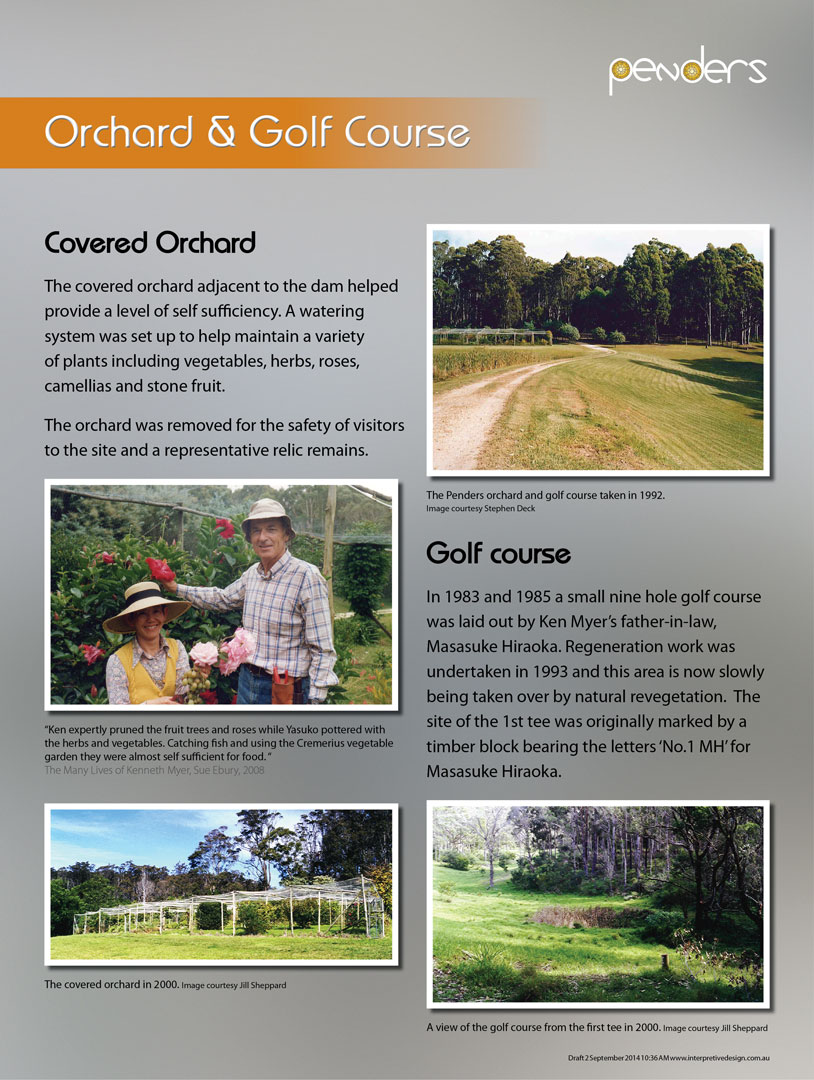 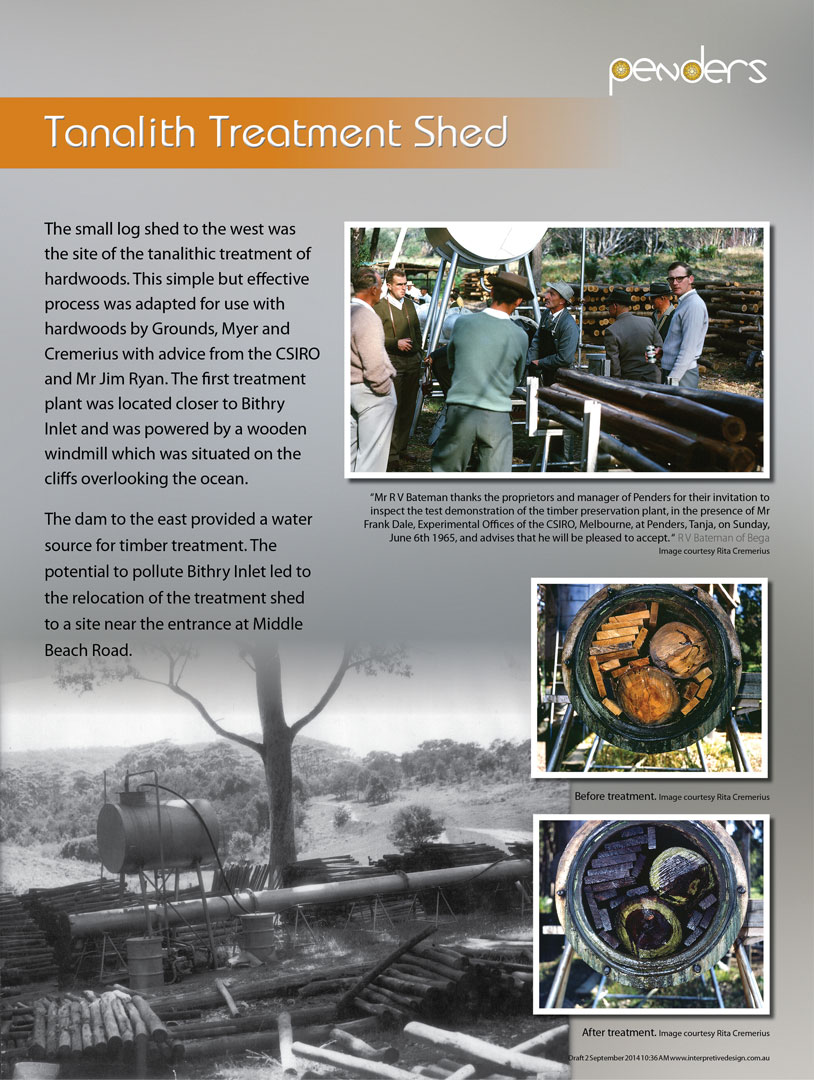 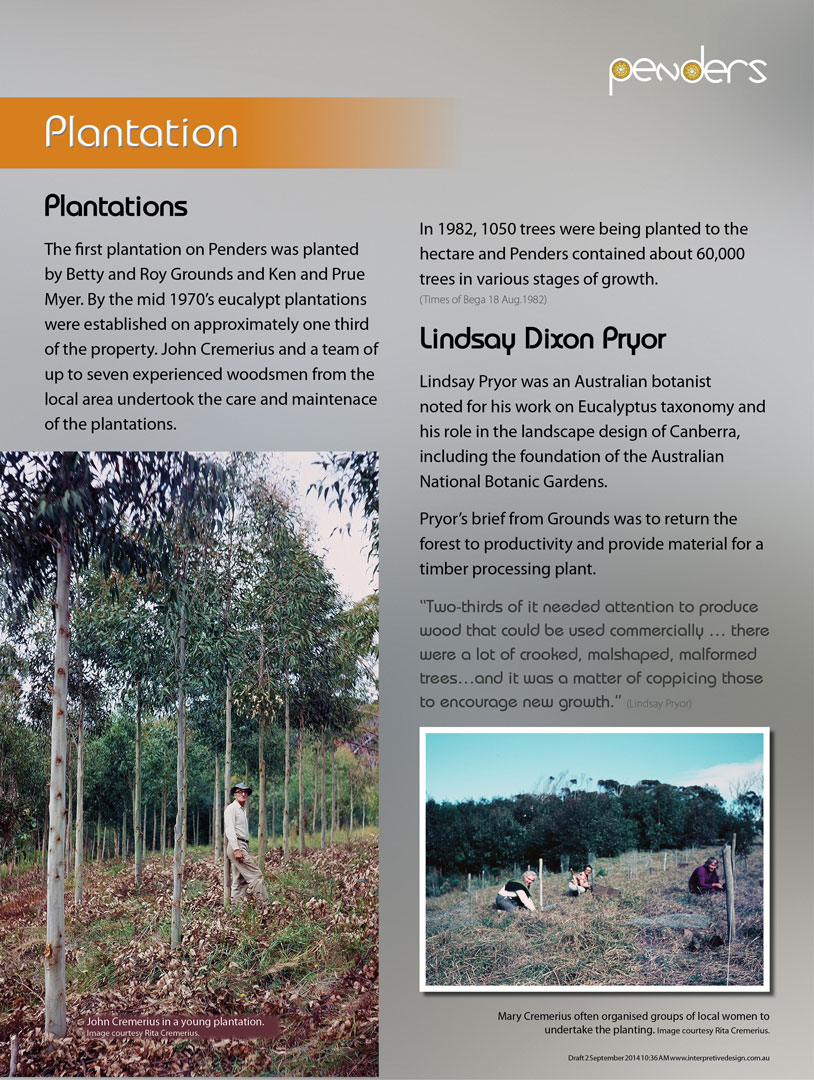 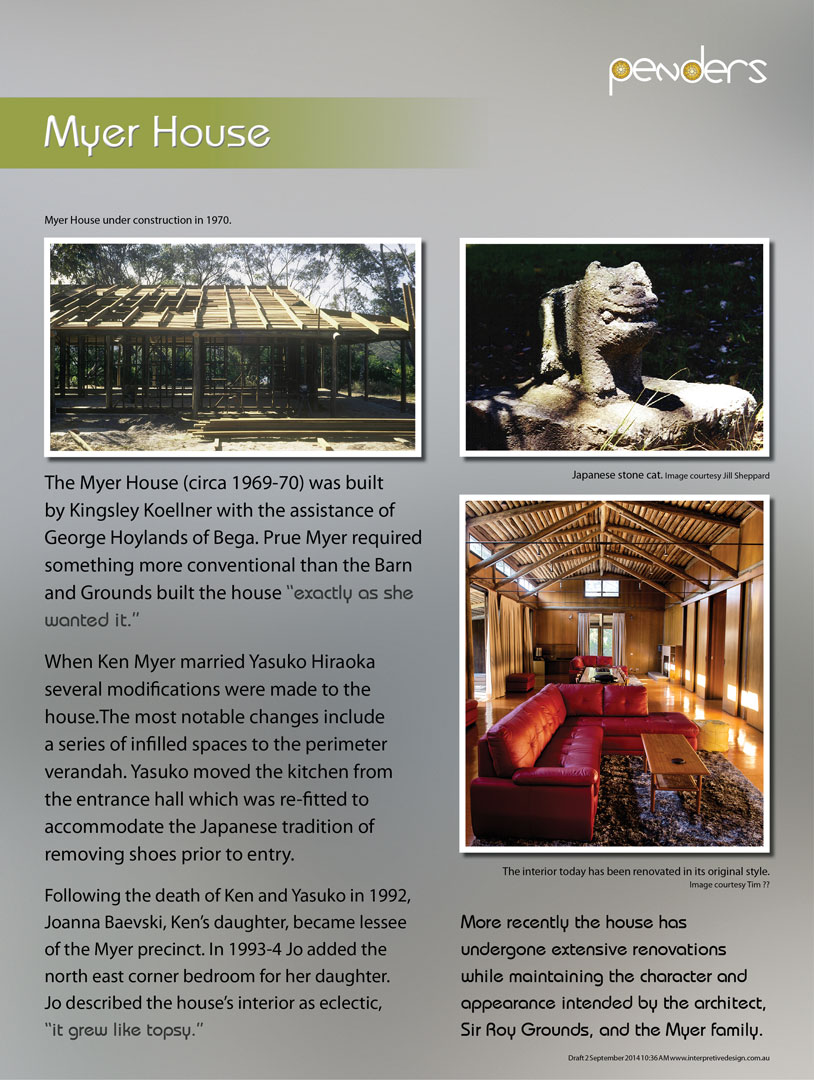 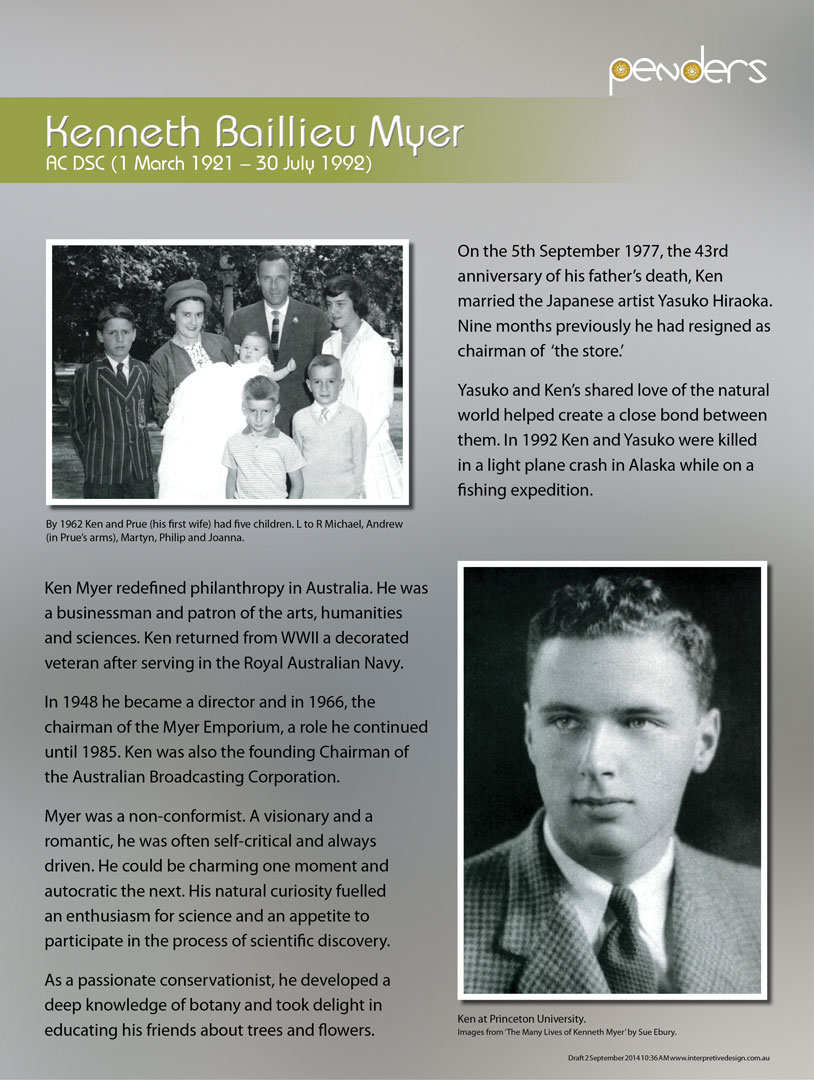 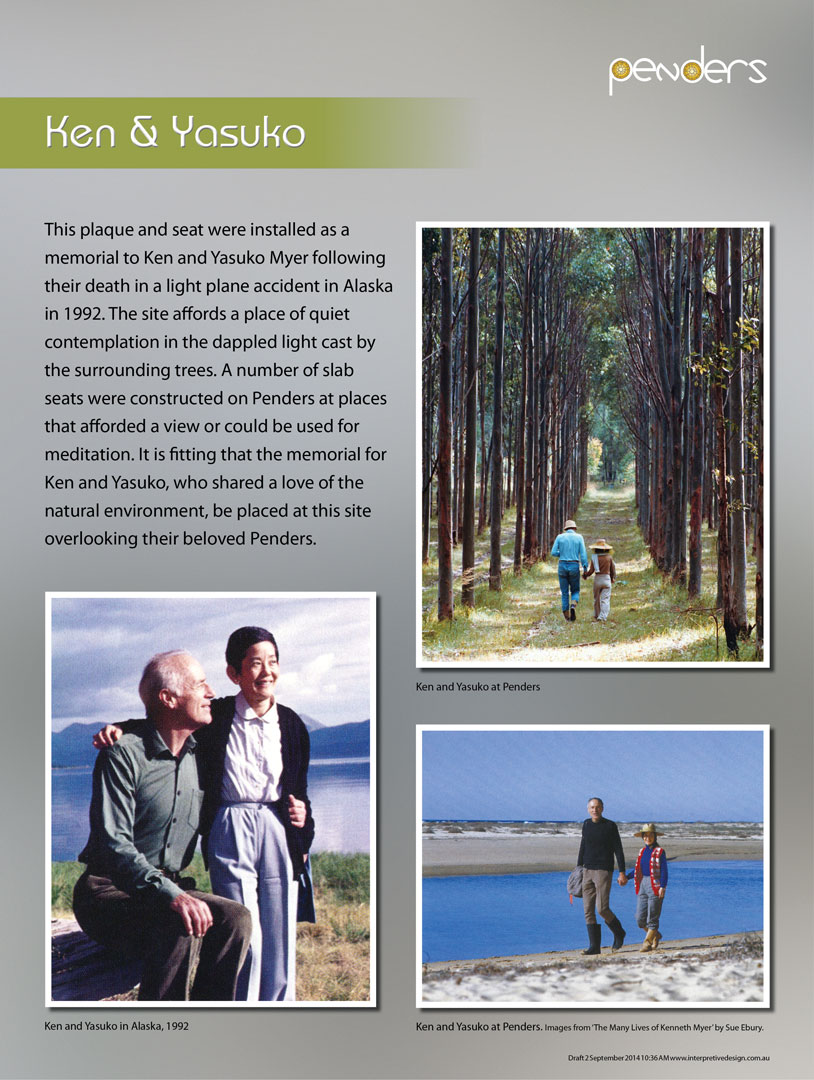 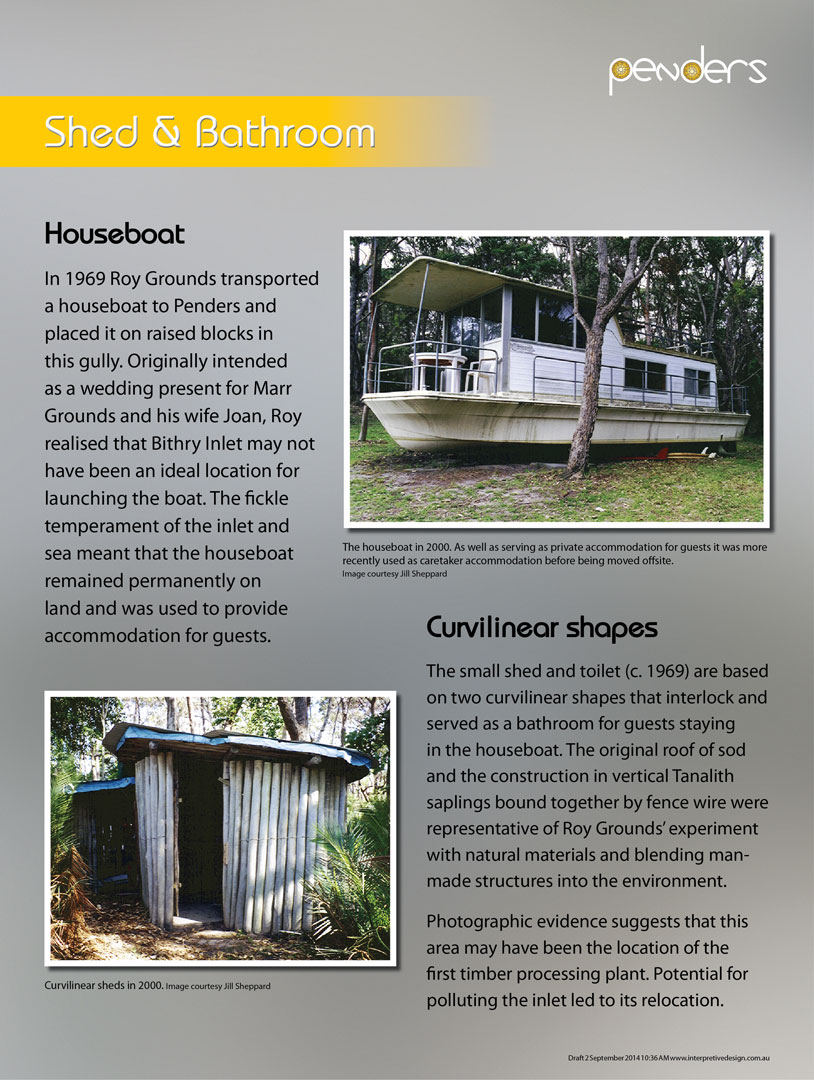 As part of the interpretation plan we also researched, mapped and designed wayfinding and regulatory signage. 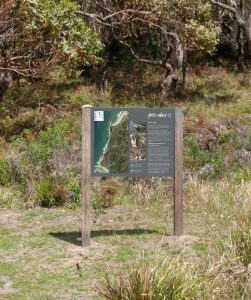 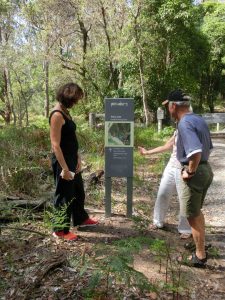 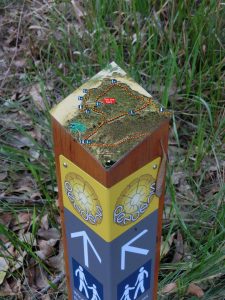 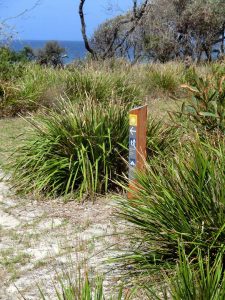