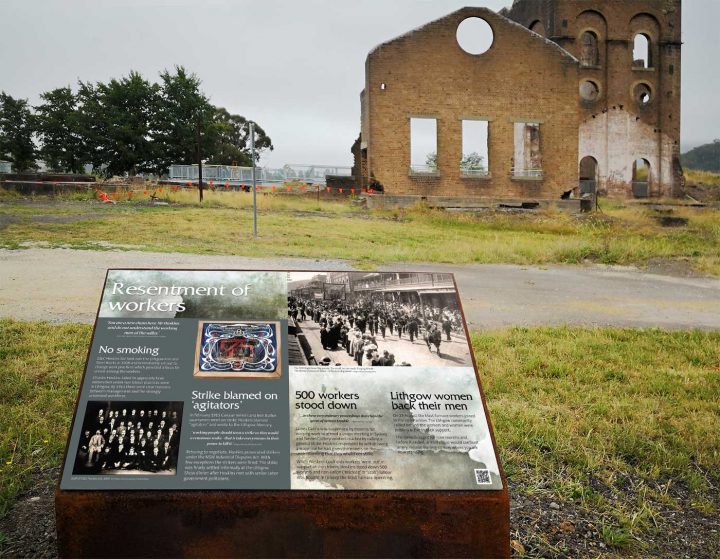 The Lithgow Blast Furnace is a monument to Lithgow’s industrial history and has been a prominent local landmark for over 100 years. It was here that the first commercial quantities of iron were produced and the first steel puddled in Australia. The blast furnace holds a unique place in history as the operation that eventually spawned Bluescope Steel.

The Interpretive Design Company was engaged to develop heritage interpretive signage to complement restoration works that are due for completion in mid 2018. The revitalisation of this historical precinct is almost complete and several of the heritage interpretive signage have been installed. The remaining signage and works will be completed in February 2018 and Blast Furnace Park is due to officially re-open in May 2018. 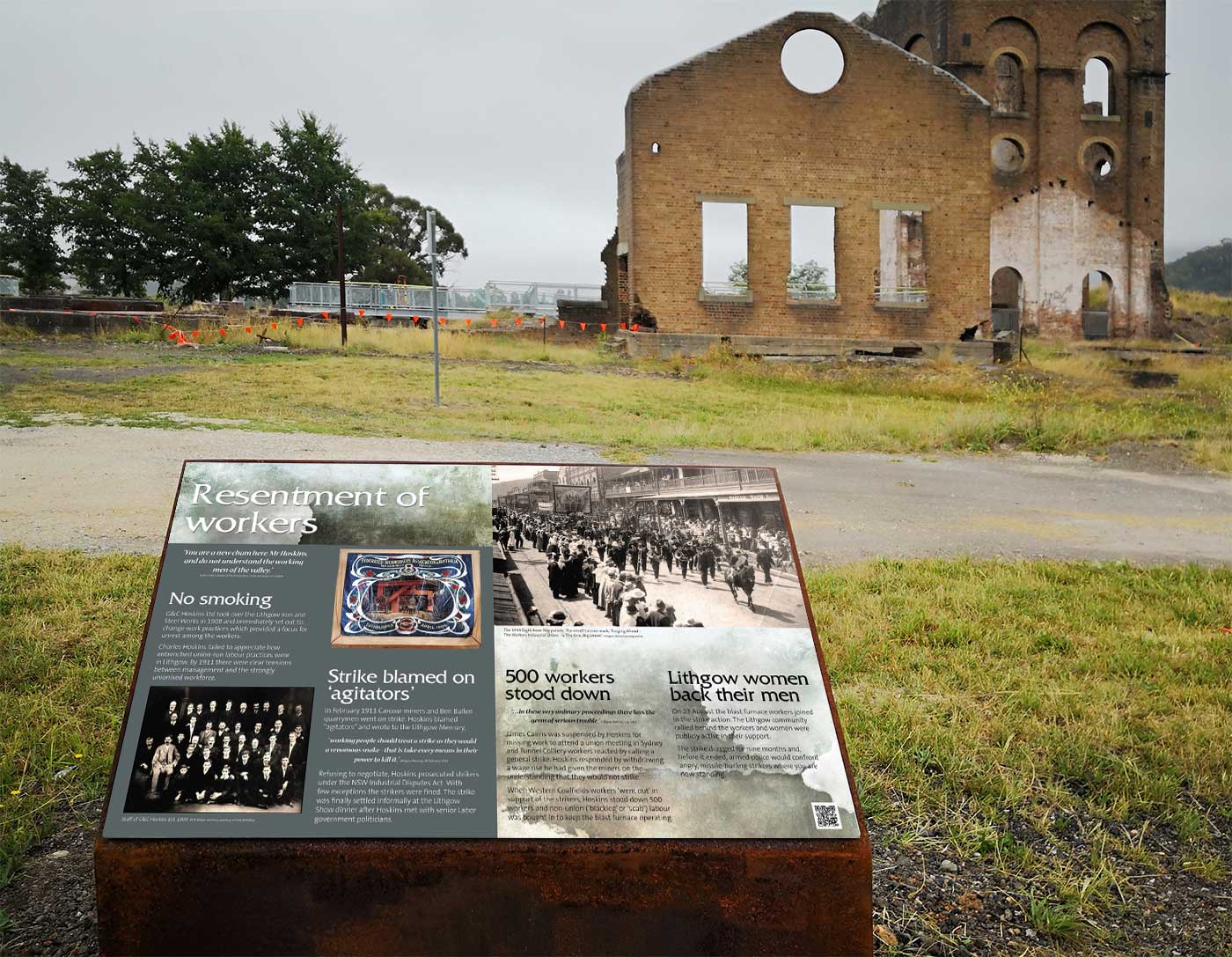 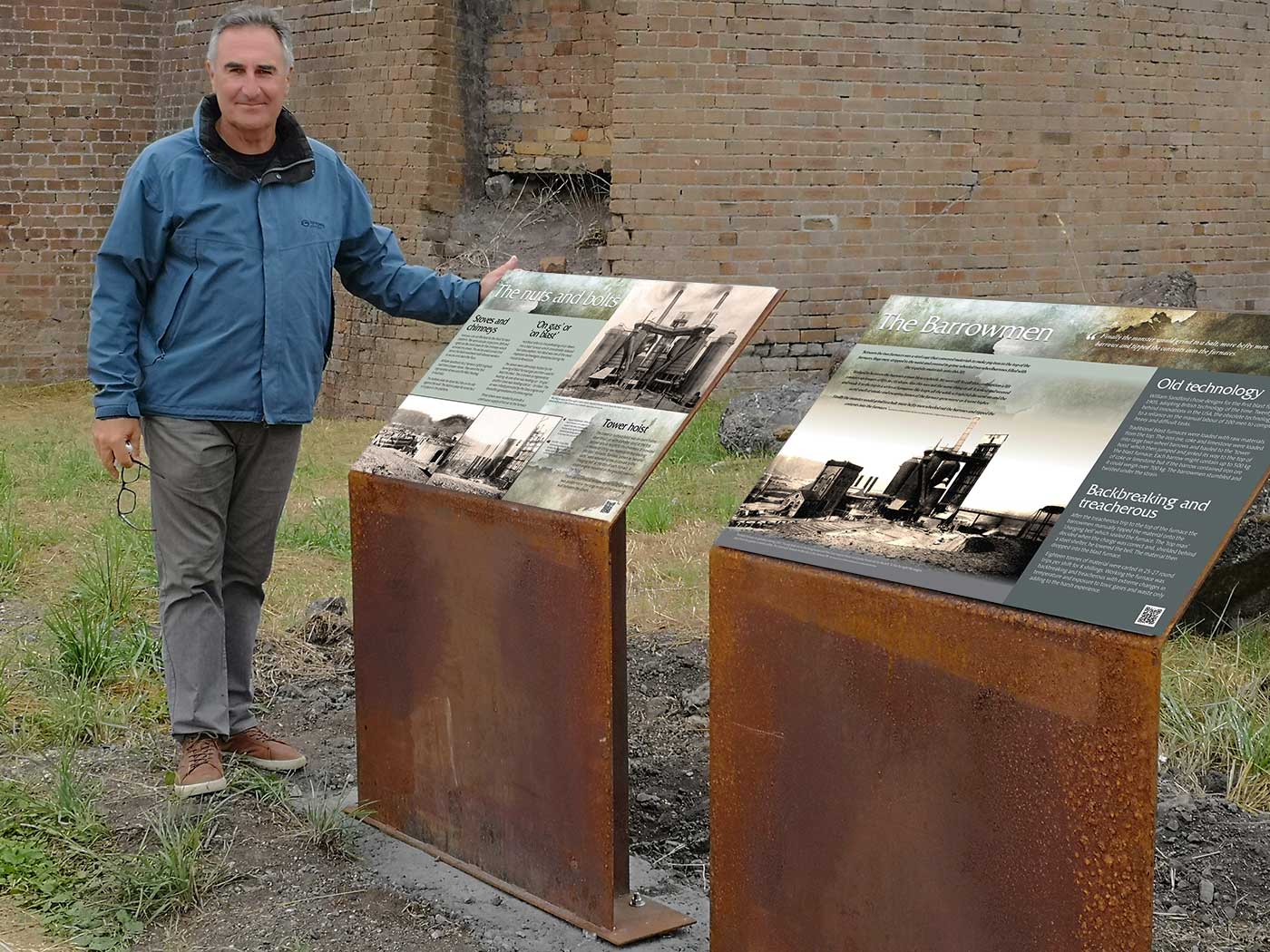 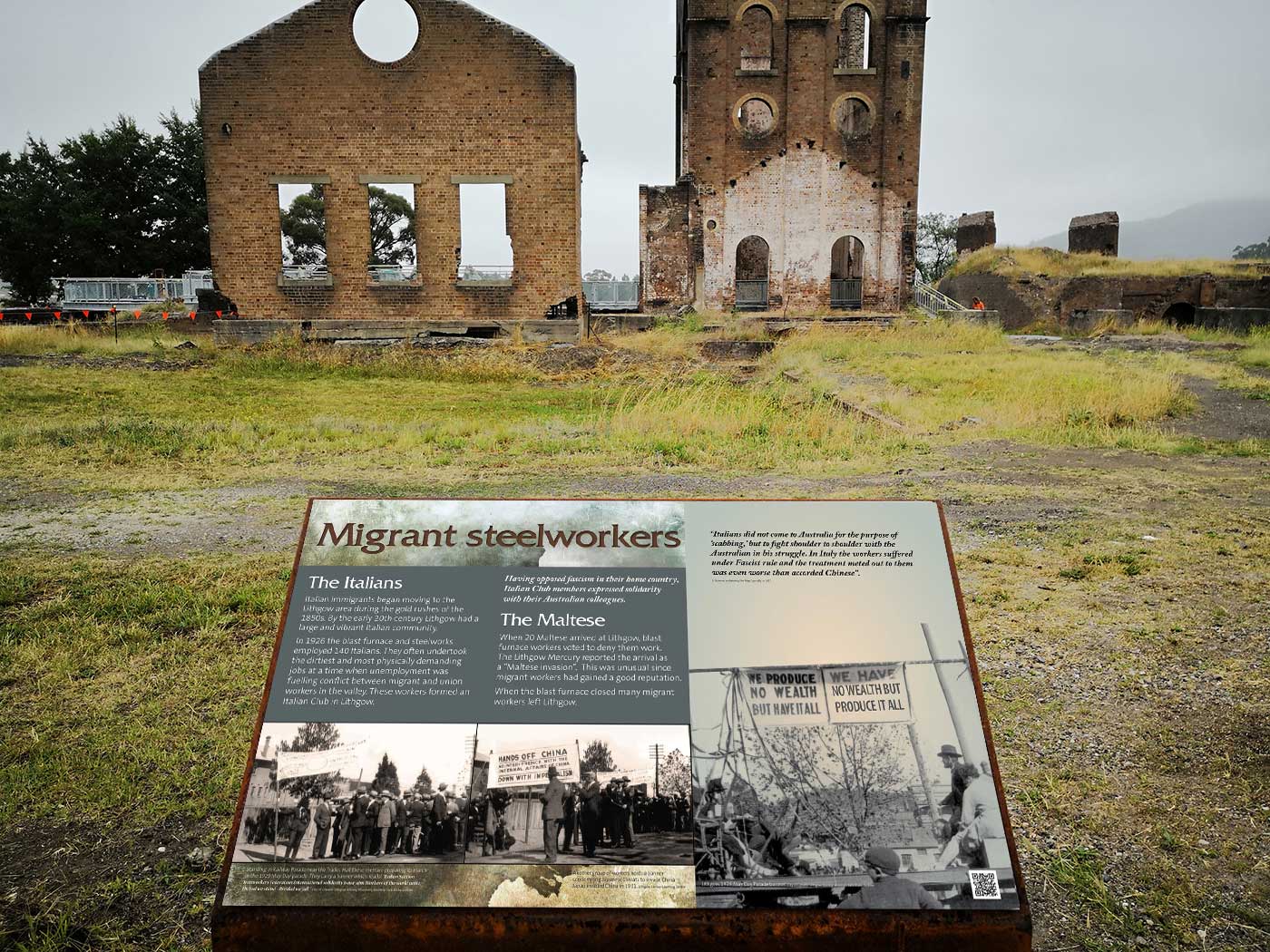 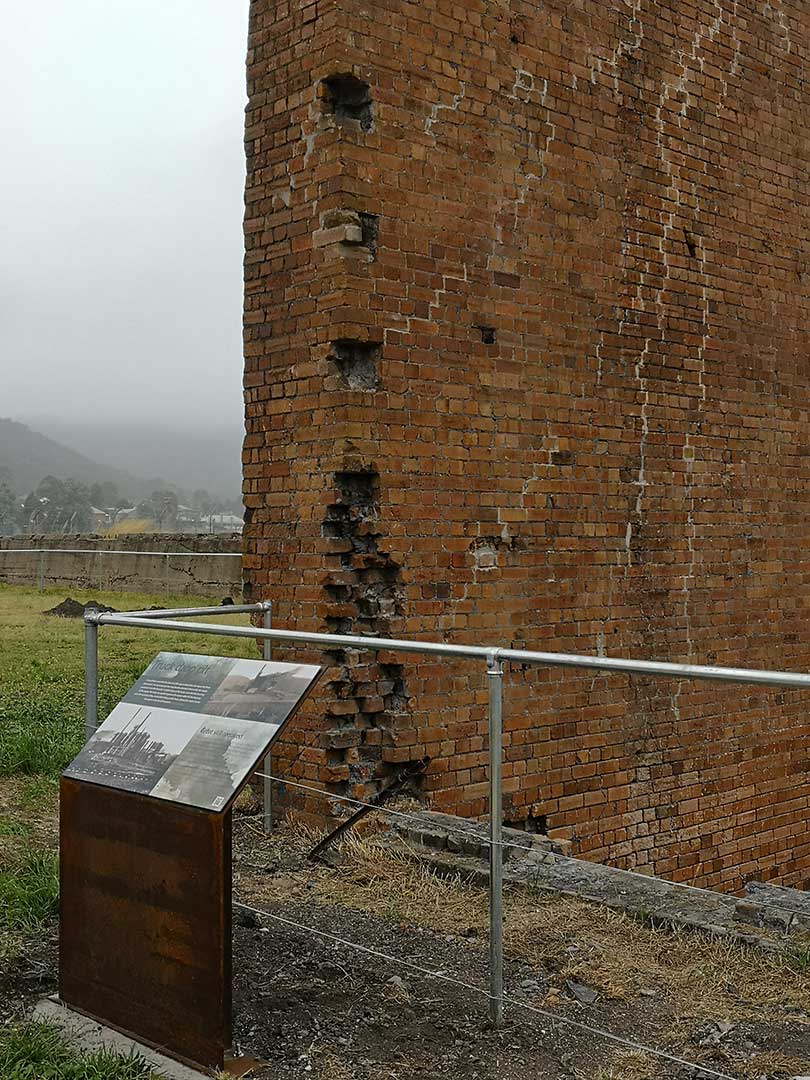 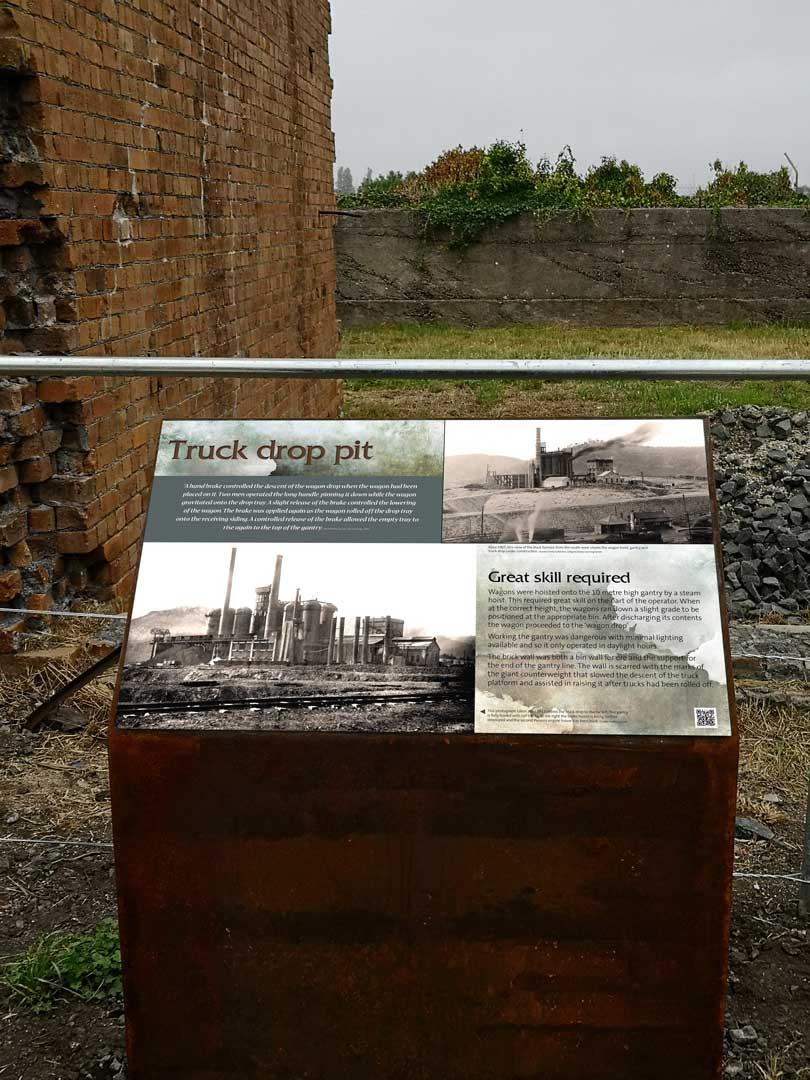 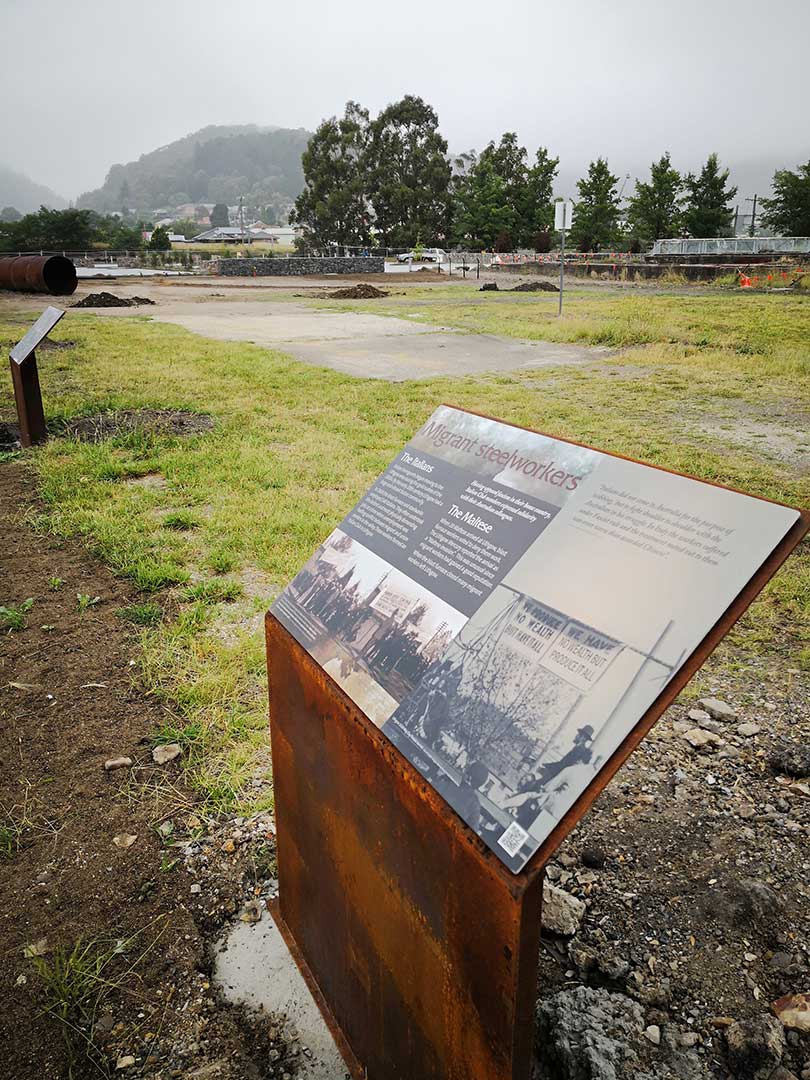 Decades of local youngsters have played among the relics of the blast furnace. Tourists have also wandered freely around the ruins and it has also been the scene of countless photo shoots for both professionals and amateurs. However, there were real concerns about the structural safety of the 90-year-old demolition site. Lithgow City Council has undertaken repair and conservation works under heritage supervision to some structures on the site to ensure their continued safety for public access. These works at Blast Furnace Park aim to improve visitor safety, enjoyment and appreciation of the site. This challenging undertaking was completed mid 2018.

The project also aims to promote cultural heritage tourism by incorporating the Blast Furnace Park site into a heritage trail linking other key heritage sites in Lithgow including Eskbank House, Eskbank Station and State Mine.