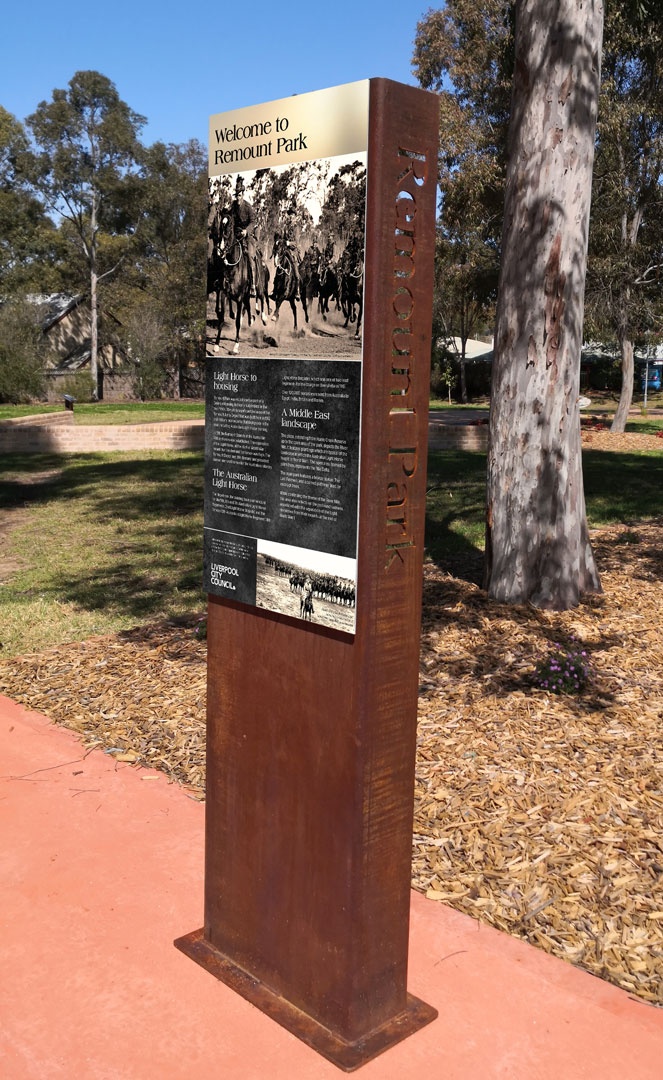 A total of 135 926 horses were sent from Australia to Egypt, India, Britain and France. The Remount Depot at Holsworthy was responsible for providing mounts for the men who came from other parts of NSW and Queensland to enrol, train and embark for overseas.

A Welcome Sign is at either end of the park and along the memorial avenue the four campaigns of the Light Horse are interpreted. In the Parade Ground the sculpture “Last Farewell” captures the bond between the lighthorseman and his mount. A supporting interpretive sign is placed to the side. 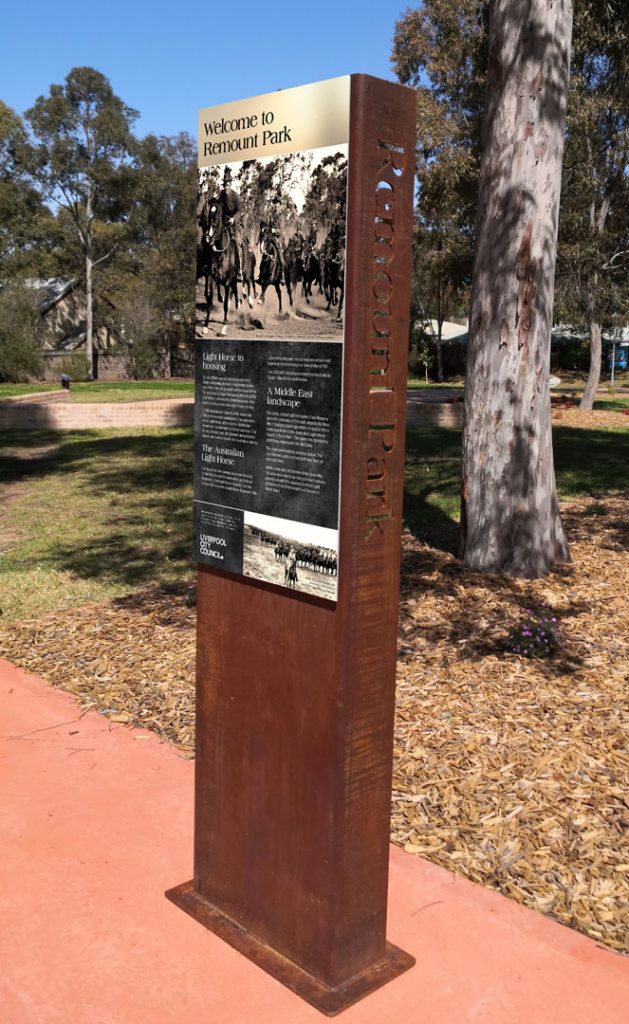 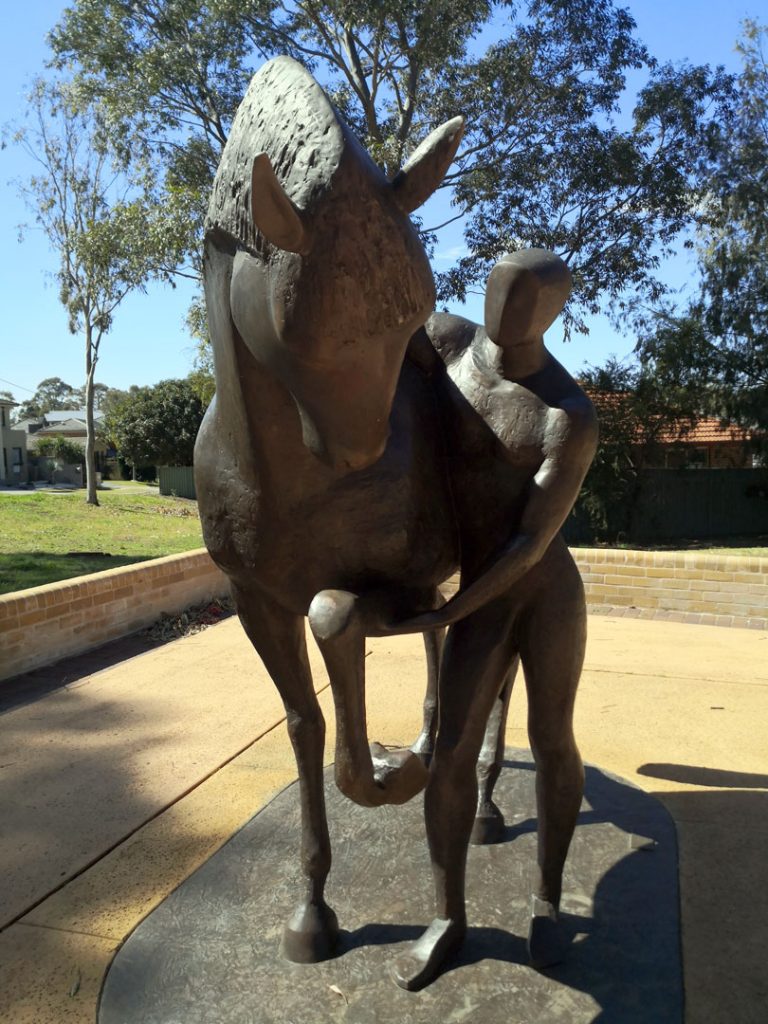 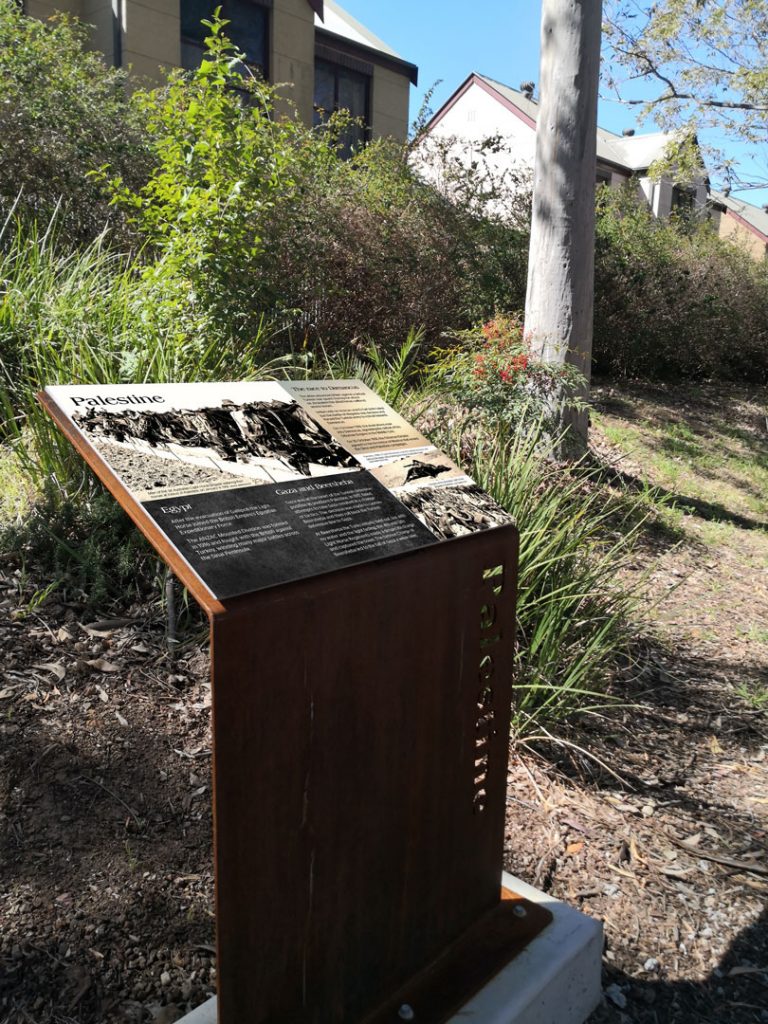 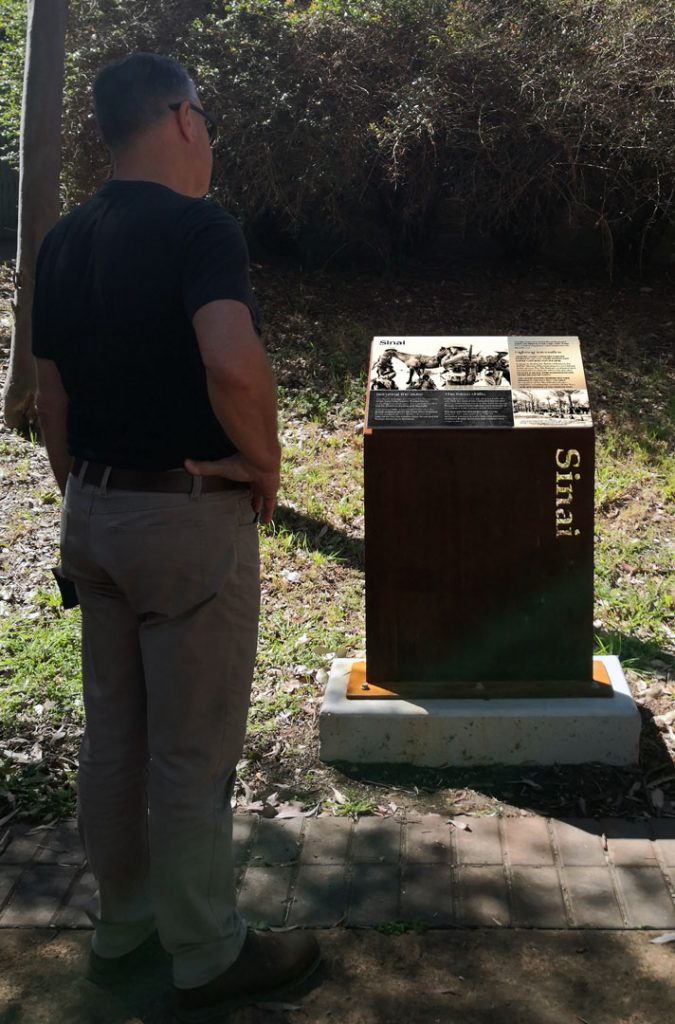 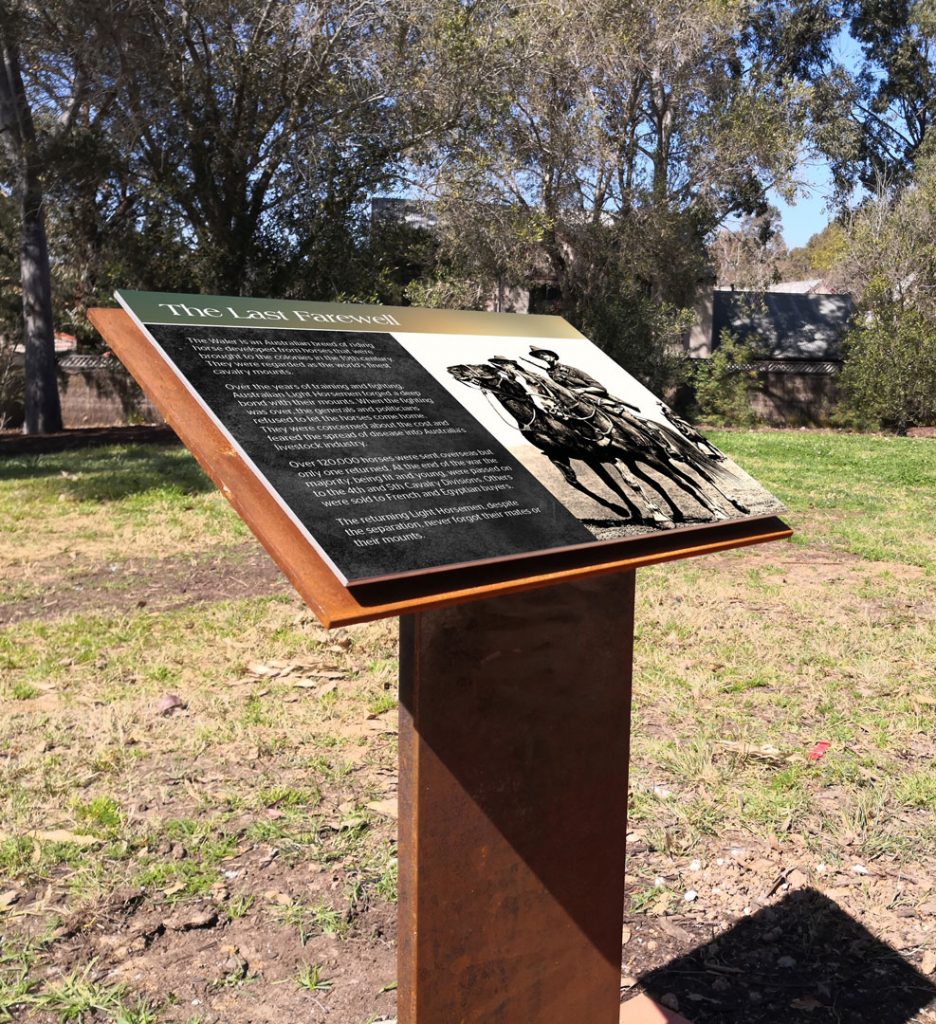 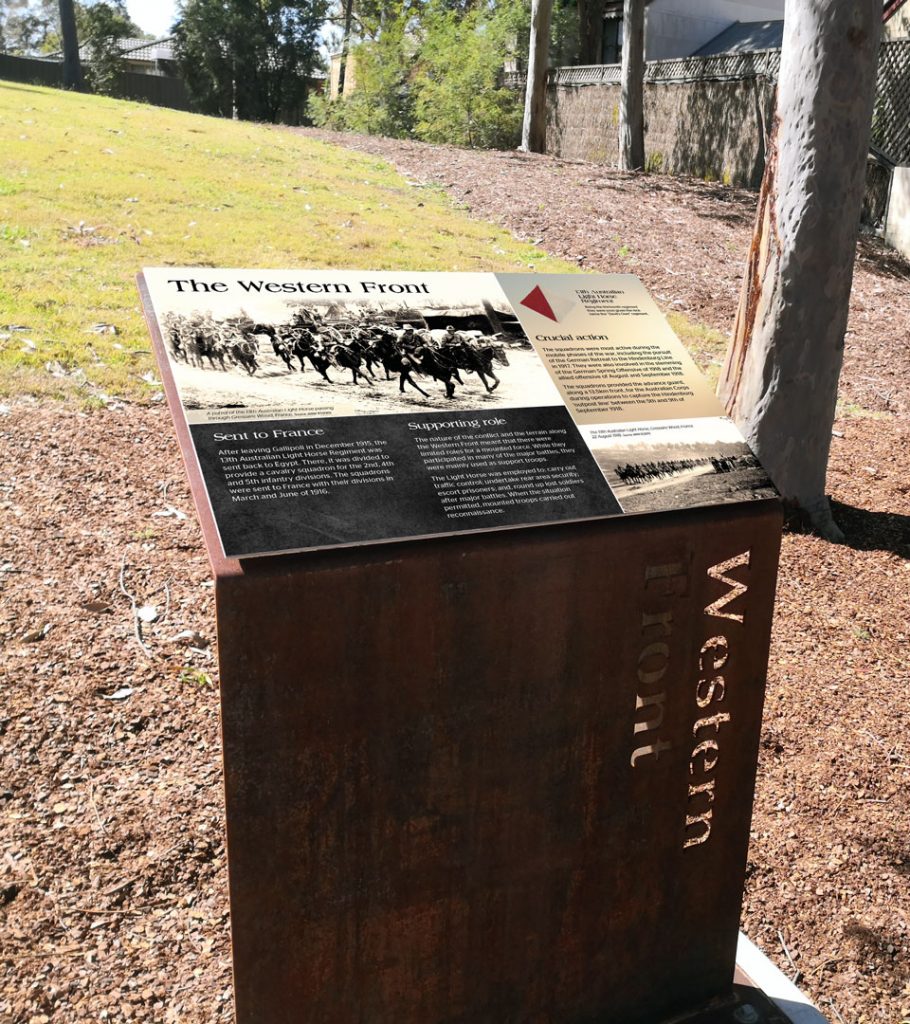 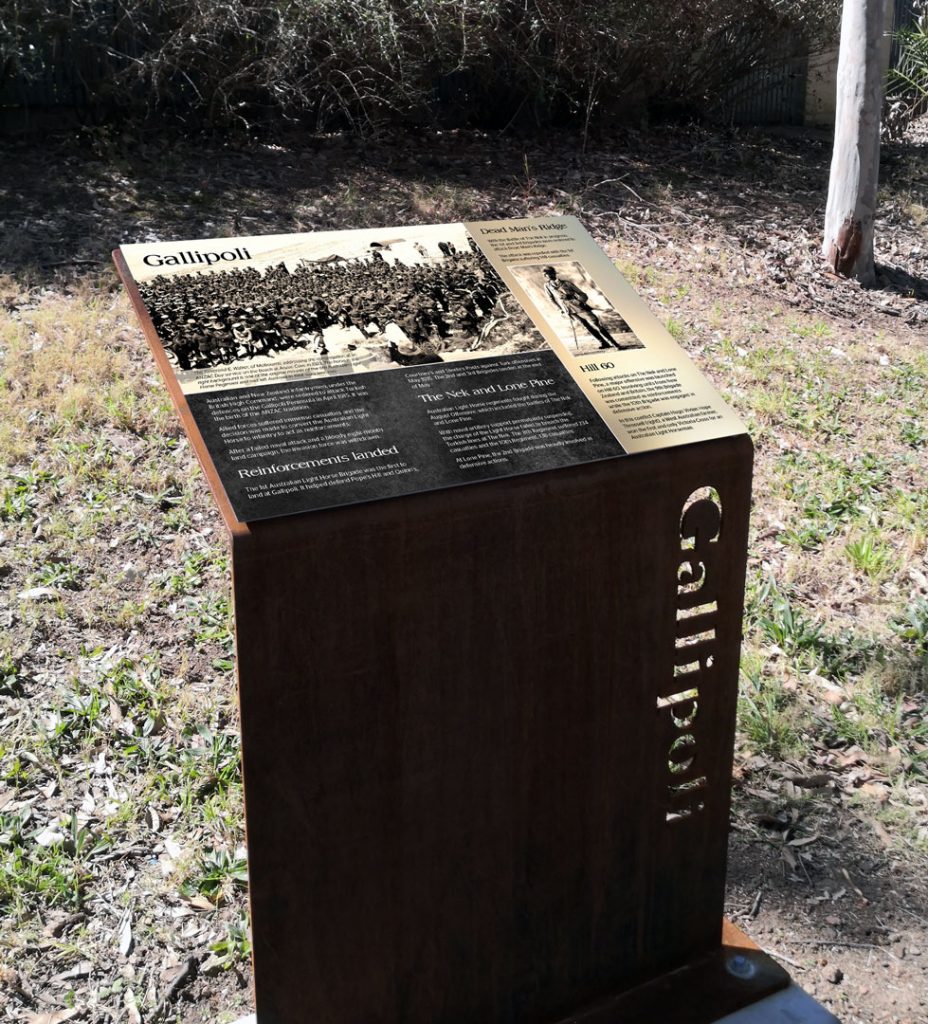 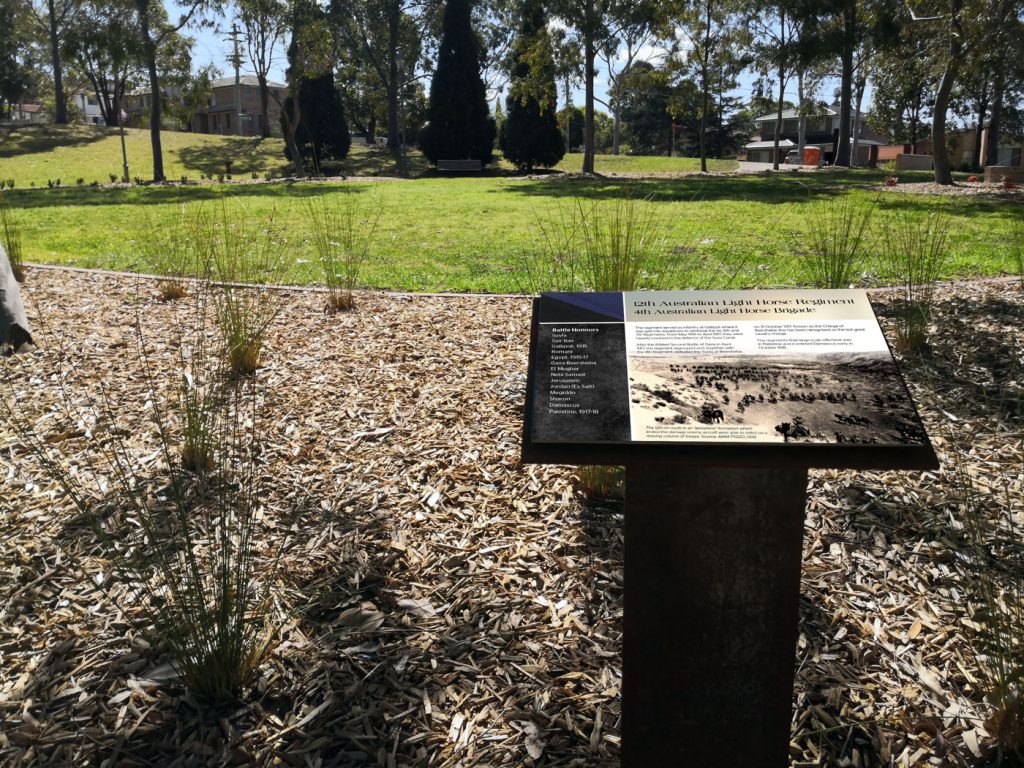 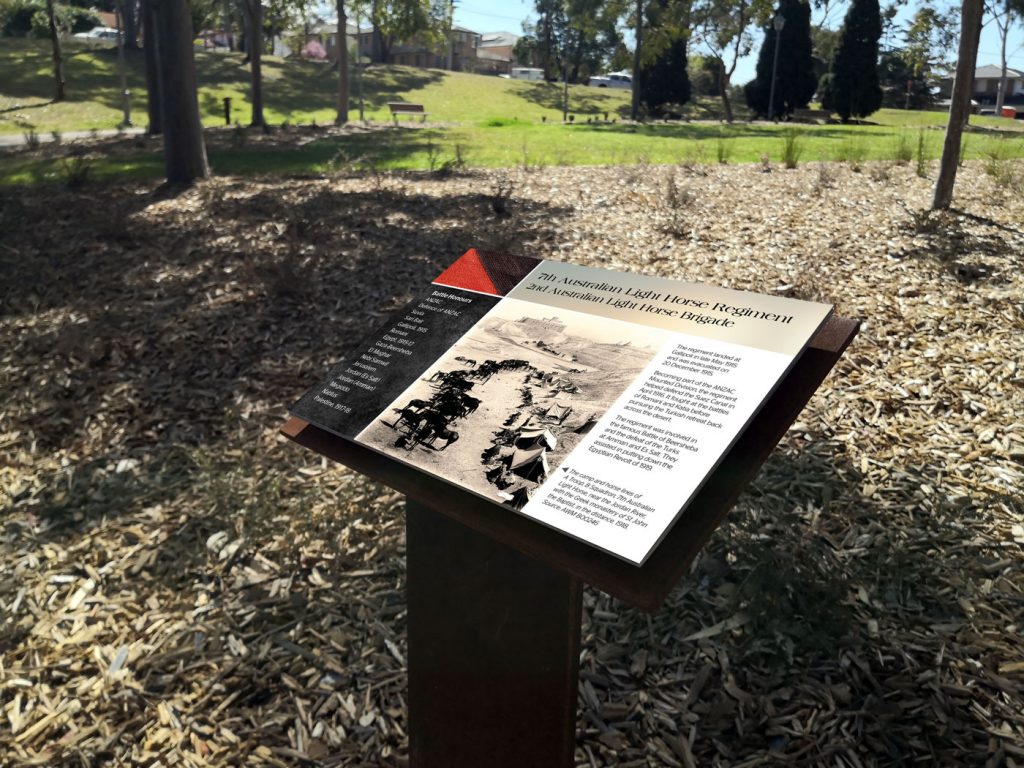 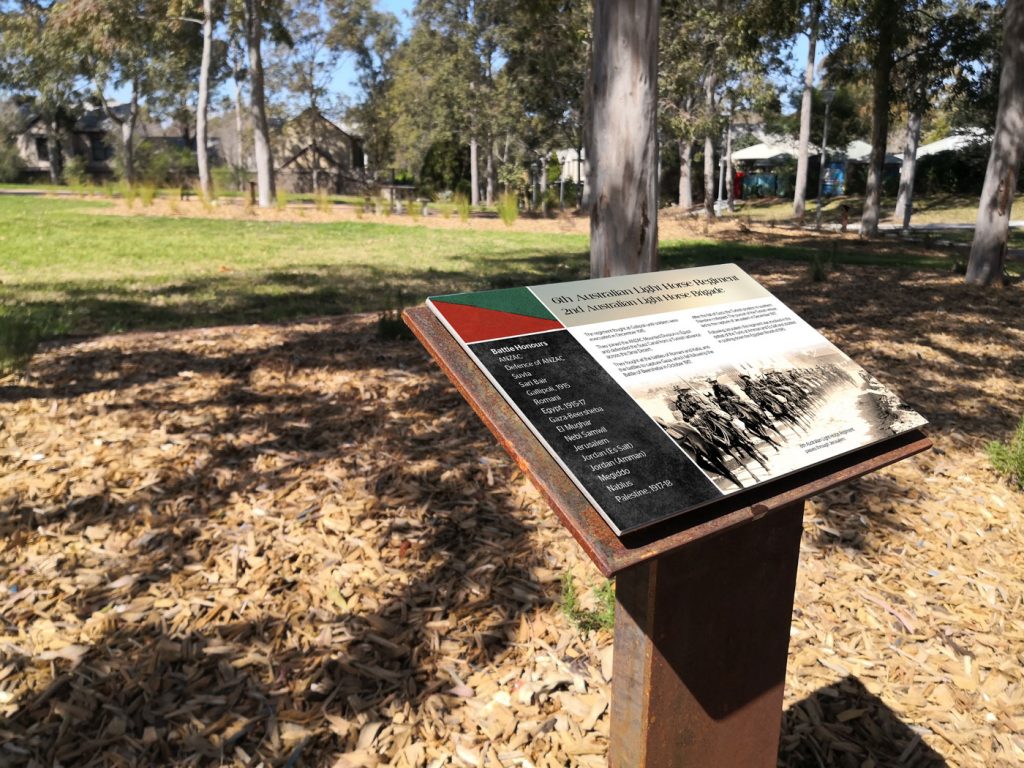