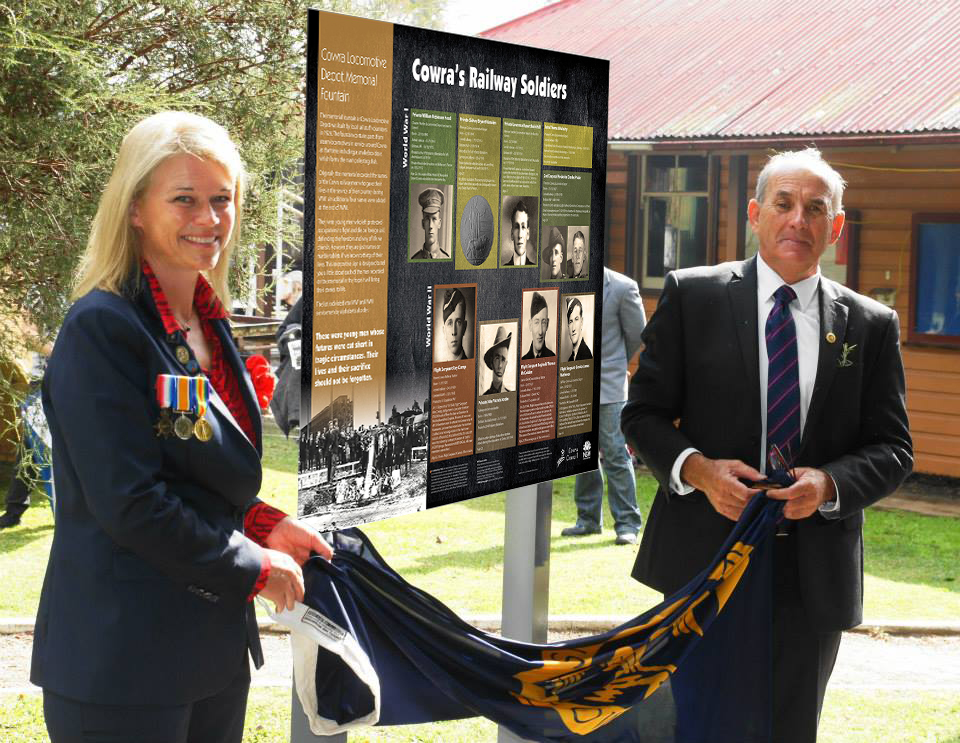 A memorial sign outlining the history of the fountain and the story of the men whose names are recorded. These were young men whose futures were cut short in tragic circumstances and their lives and their sacrifice should not be forgotten. 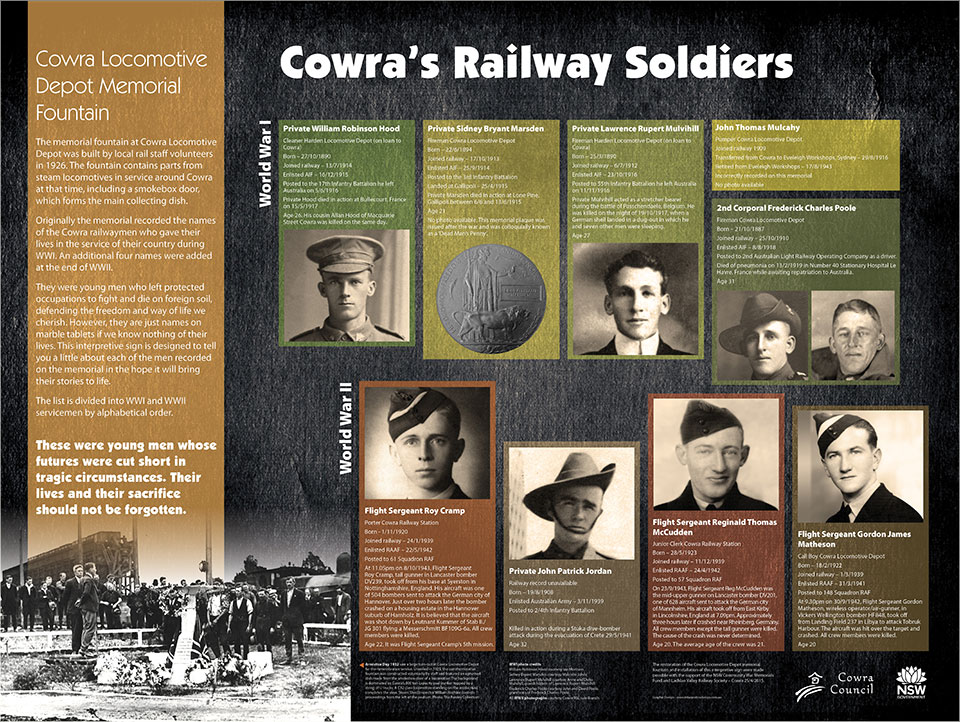 The Cowra-based Lachlan Valley Railway Society (LVR) took over the Cowra Locomotive Depot when the NSW Railway closed the facility in the mid-1980s. Despite the best efforts of the volunteer group much of the facility fell into disrepair, including a memorial fountain that was built by the depot staff to commemorate the five Cowra railway staff who died in action during the WW1. The fountain was unveiled in 1926 and contains parts from steam locomotives in service at the time. A further four names were added at the end of WW2.

In late-2013 the LVR obtained a NSW Community War Memorial Fund grant to restore the fountain to operational condition. This work was completed in time for the 2014 Anzac Day ceremony. The project came in under budget and the Lachlan Valley Railway negotiated with the NSW Department of Veterans Affairs to retain the surplus funds for the purpose of erecting an interpretive sign next to the fountain.

Member for Cootamundra Hon. Katrina Hodgkinson M.P. and Mayor of Cowra Cr. Bill West unveil the interpretive sign at Cowra Locomotive Depot. The sign tells the story of the depot’s unique memorial fountain and honours the Cowra railwayment who fell in service of their country. The men are honoured and their stories permanently recorded on the depot’s memorial fountain, and matching interpretive sign. From Railway Digest by Robyn Ryan 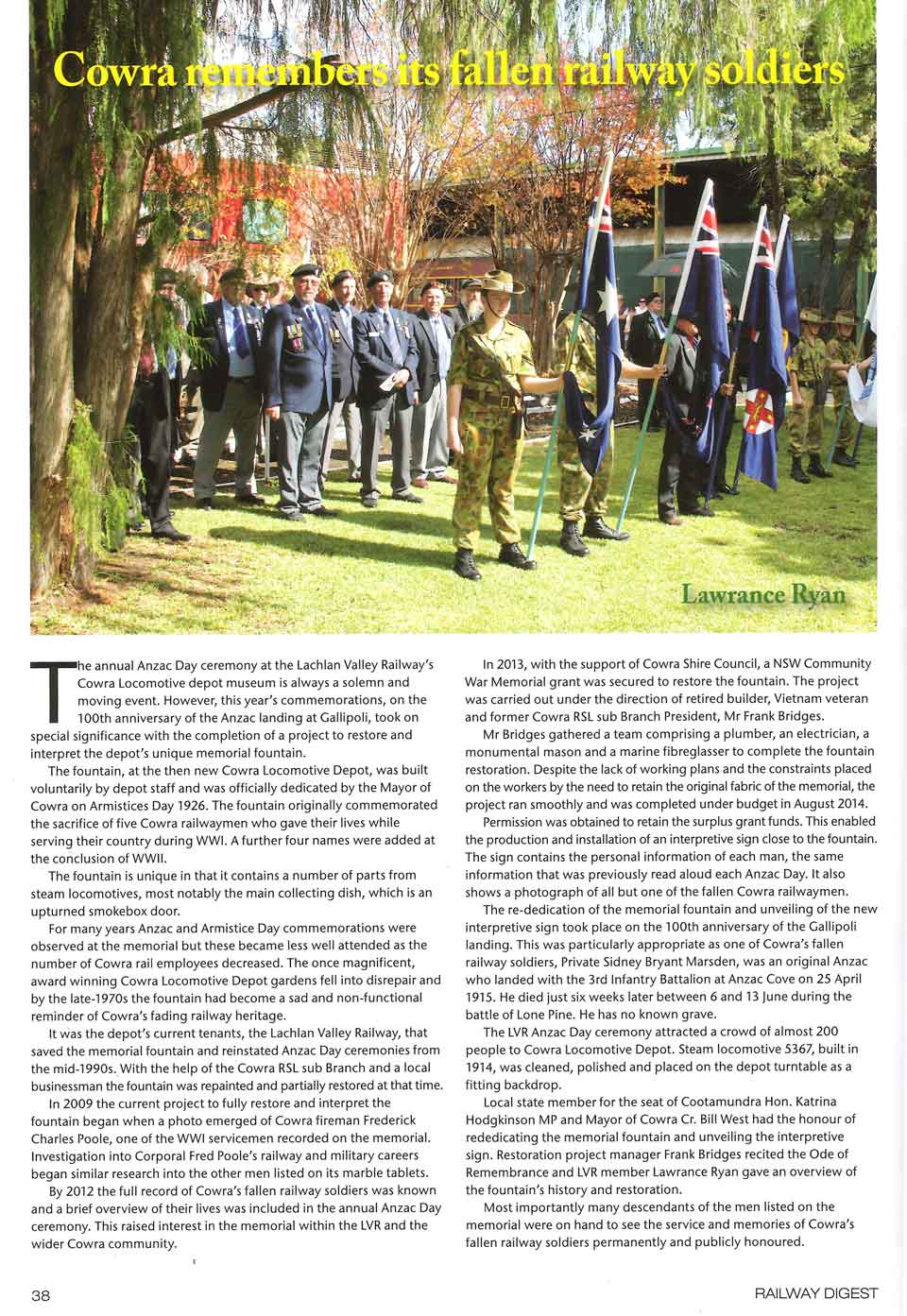 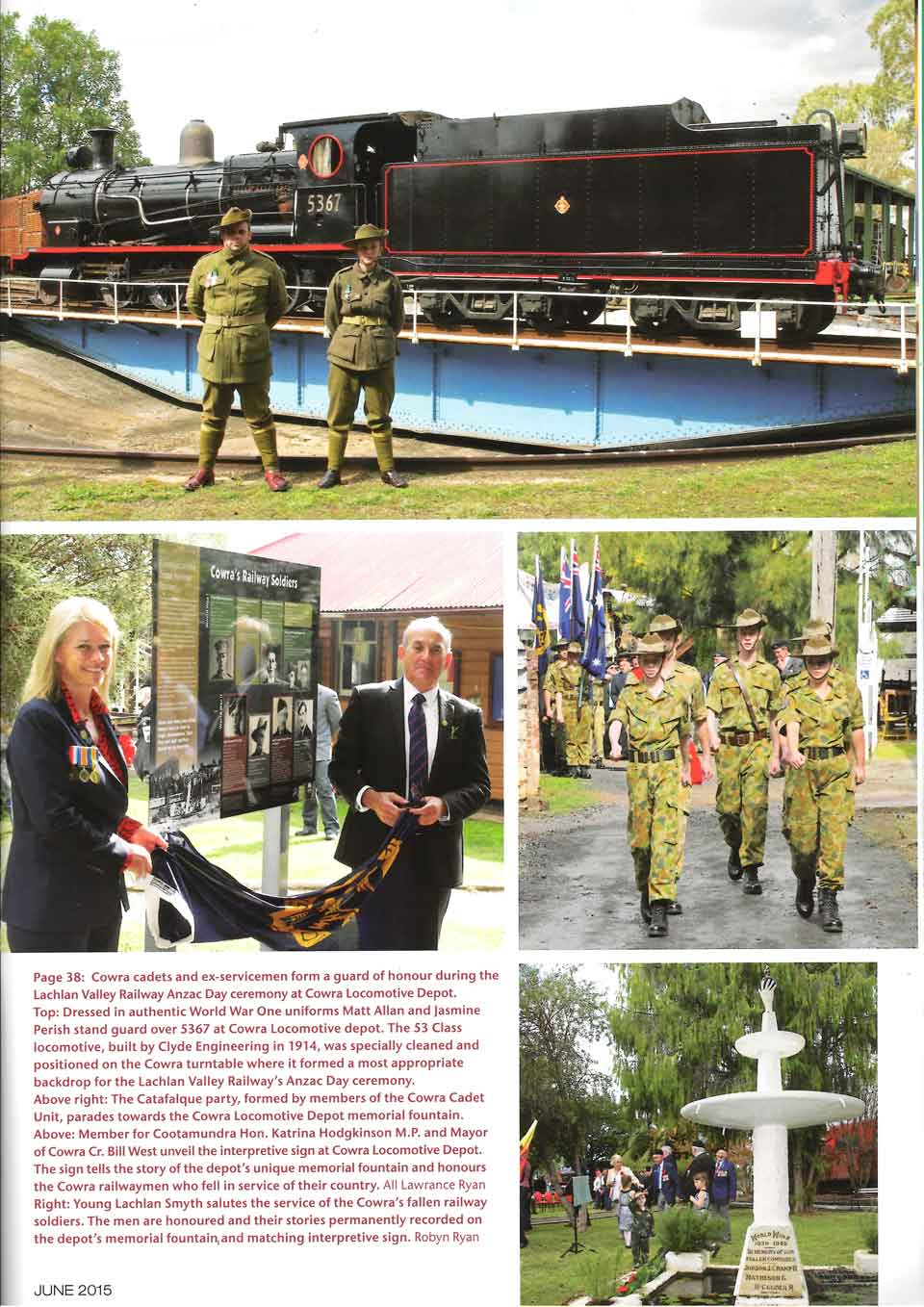