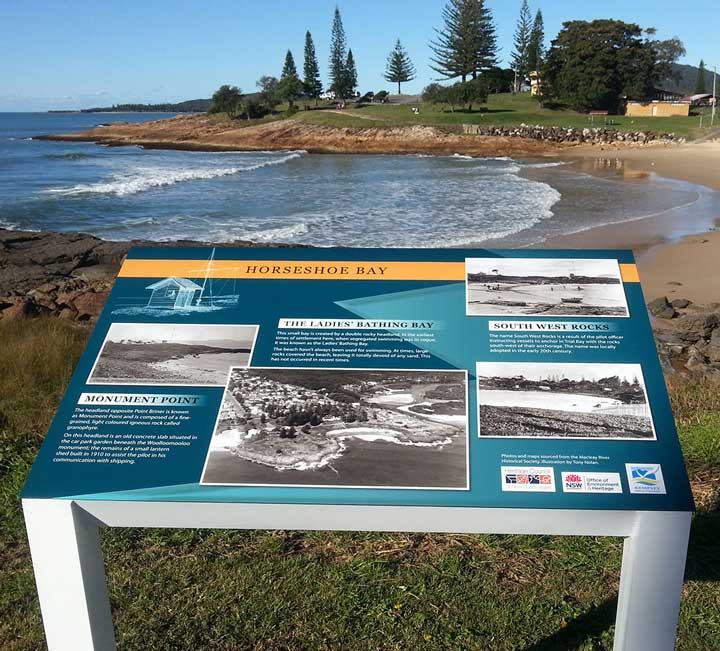 These cultural heritage signs tell the story of the Pilot Station, Flagstaff and Signal Station whose history began in 1902. After the flood of 1893 caused the closure of the river entrance at Grassy Head the pilot and his crew were relocated to South West Rocks near the new entrance forced by the river flood. It was at this stage that the importance of South West Rocks as a town of maritime significance was realised. These interpretive signs reveal some of this rich maritime heritage.

We worked up a series of three styles to choose from incorporating old world, pirate type fonts and a graphic background representative of the signal station flagstaff. One of these was selected and refined for the final versions. 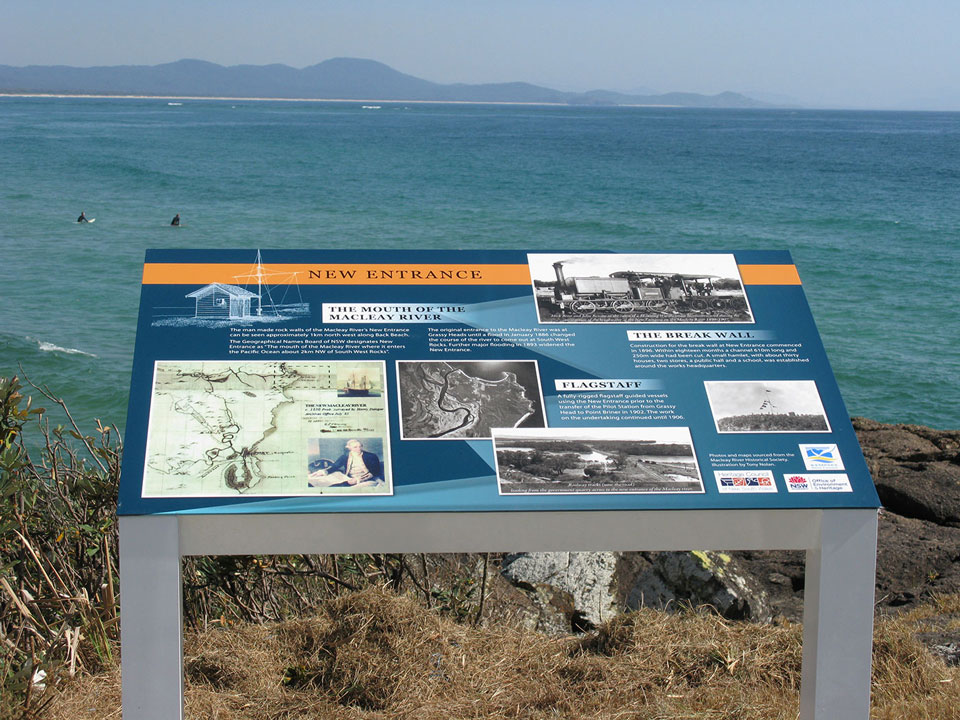 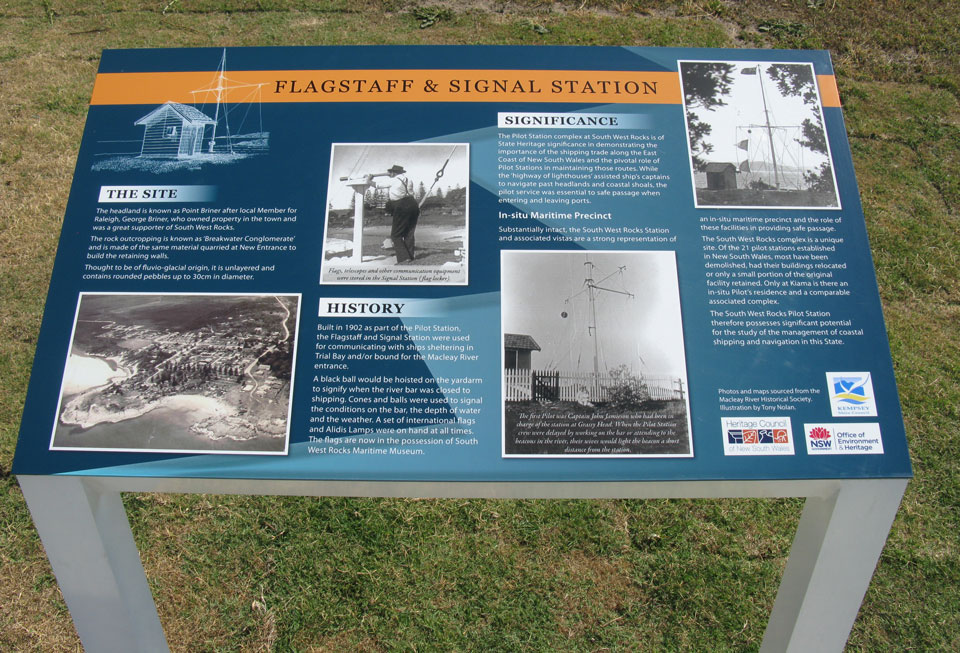 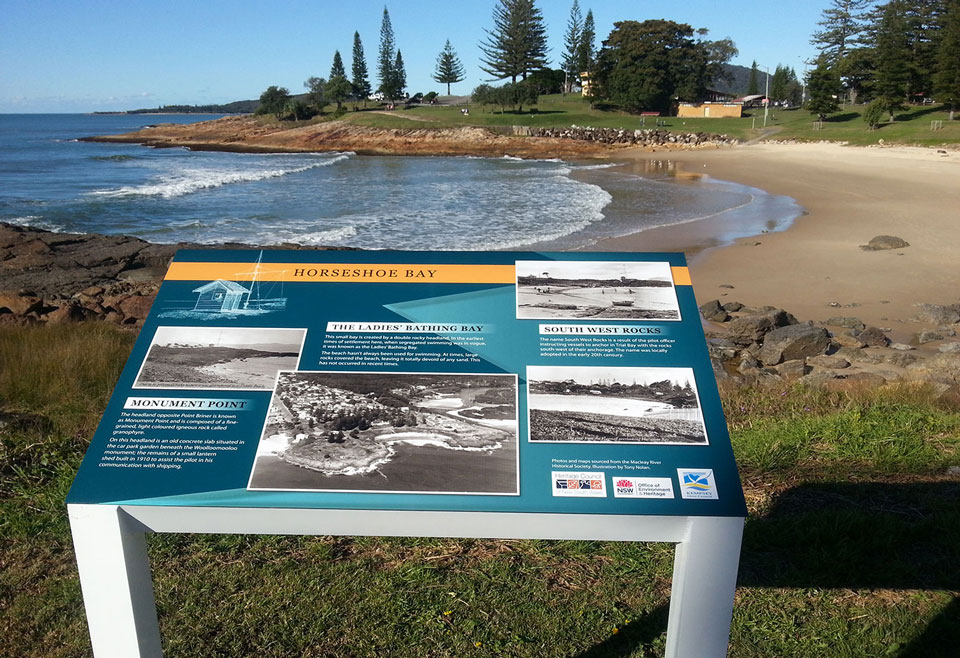