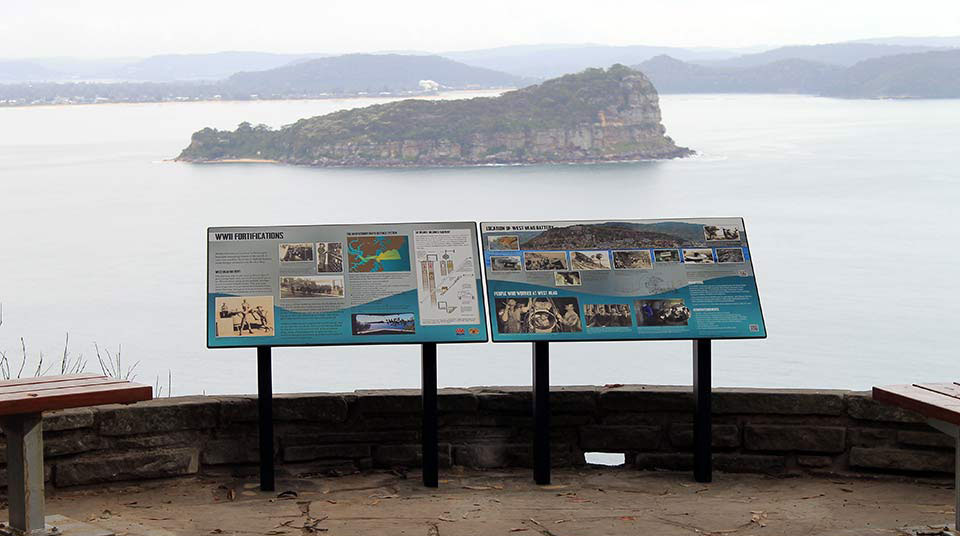 Two interpretive panels on WW2 fortification and battery at West Head were designed by us in 2014. Whilst West Head Lookout is known for beautiful sweeping views to the north, it was once used by the army to defend Sydney from foreign invasion via Broken Bay.

The interpretive panels were designed in conjunction with stakeholders from the West Head Awareness Team (WHAT) and NPWS. A key member of the WHAT team is war veteran Jack “Bluey” Mercer, who helped construct the Forts in 1942 and celebrated both his 18th and 90th birthday (in 2013) at the lookout. 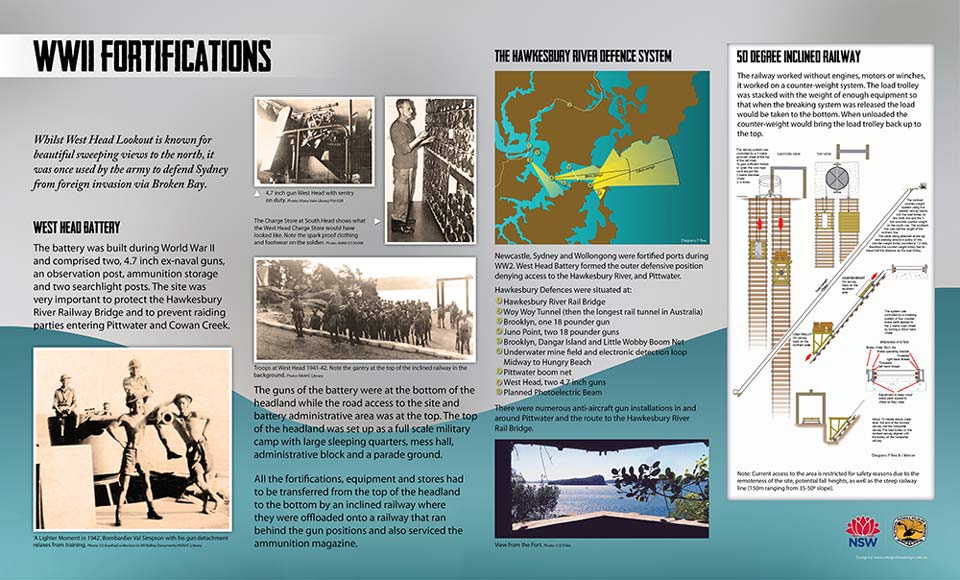 The battery was built during WW2 and comprised two, 4.7 inch ex-naval guns, an observation post, ammunition storage and two searchlight posts. The site was very important to protect the Hawkesbury River Railway Bridge and to prevent raiding parties entering Pittwater and Cowan Creek. 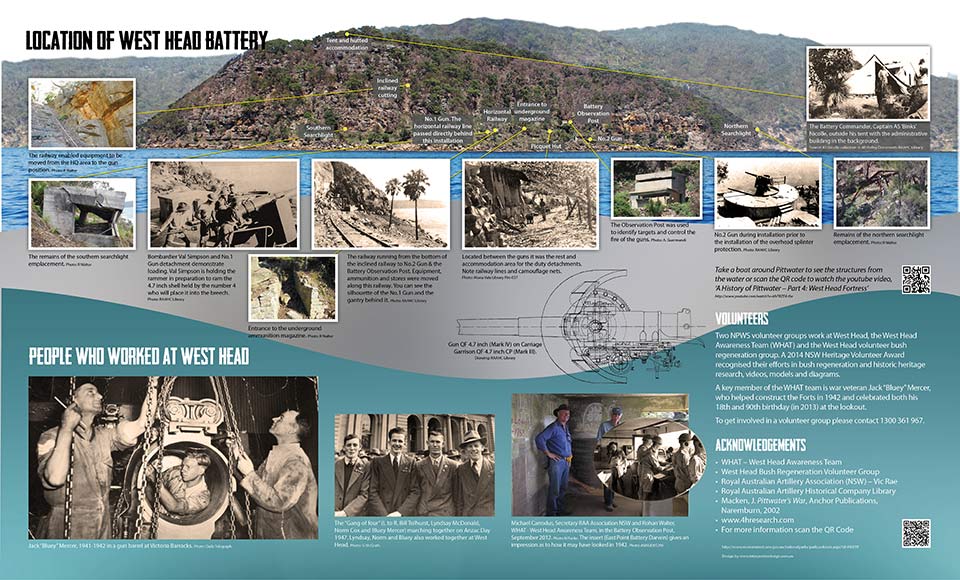 Other projects with interpretive panels