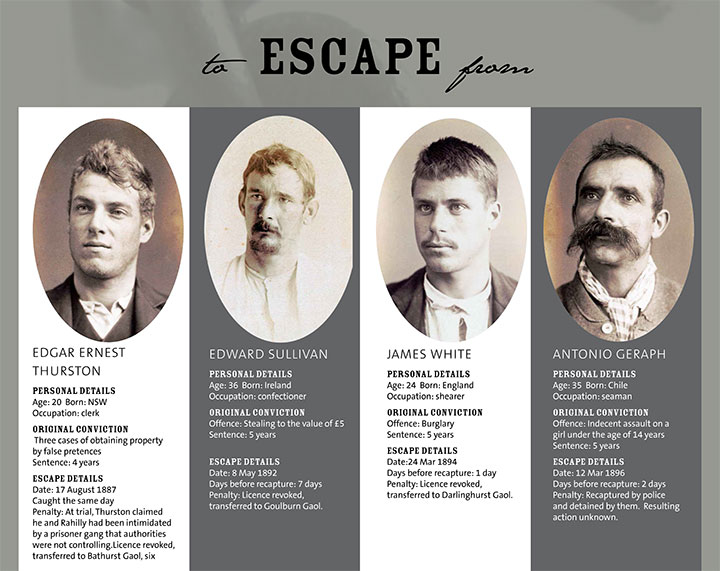 Part of the Smoky Cape range, Trial Bay Gaol and the surrounding area hold significant cultural connections for the Dunghutti Aboriginal people. Interpretive signage has been installed throughout the gaol to help visitors understand conditions in the gaol and the lives of the internees. 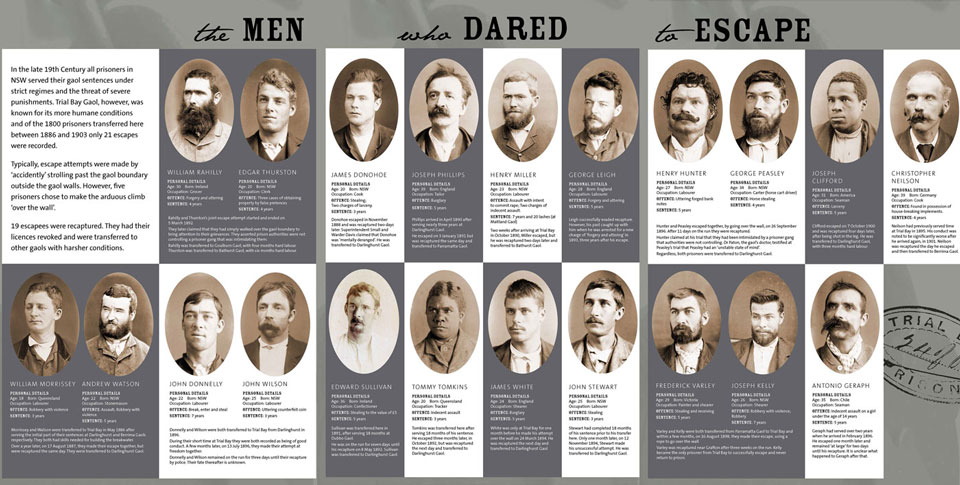 Date: March 2014 – September 2014
Service: Design of heritage signage in keeping with existing styles
Specs:  Various sizes and installation styles have been created to suit the heritage structure. The suite of interpretive panels has standard fonts and an established colour palette of maroon (for the German internment period) and grey (for the previous periods).
Client: NPWS Arakoon National Park

The gaol opened in 1886 after 13 years of construction. Prison labourers were there to construct a breakwater to make Trial Bay a safe harbour between Sydney and Brisbane. Unfortunately the scheme failed but the remains of the breakwater can be seen from the guard tower lookout. During WW1 the gaol became an internment camp for people of German descent who were feared to be enemy sympathisers. 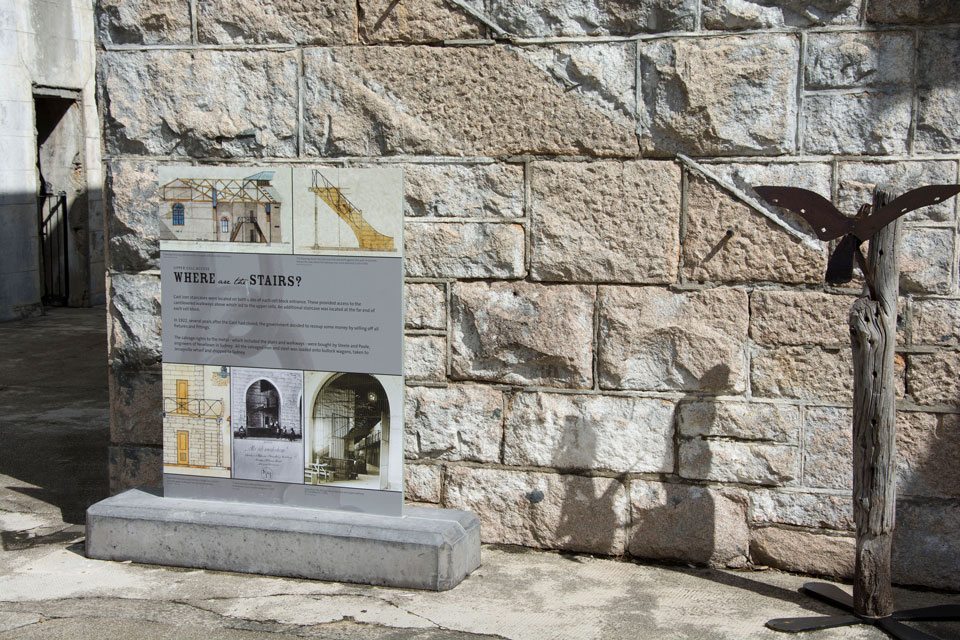 Much of the outstanding photography from the German internment period is from a German internee, Paul Dubotzki.

Read more about our: 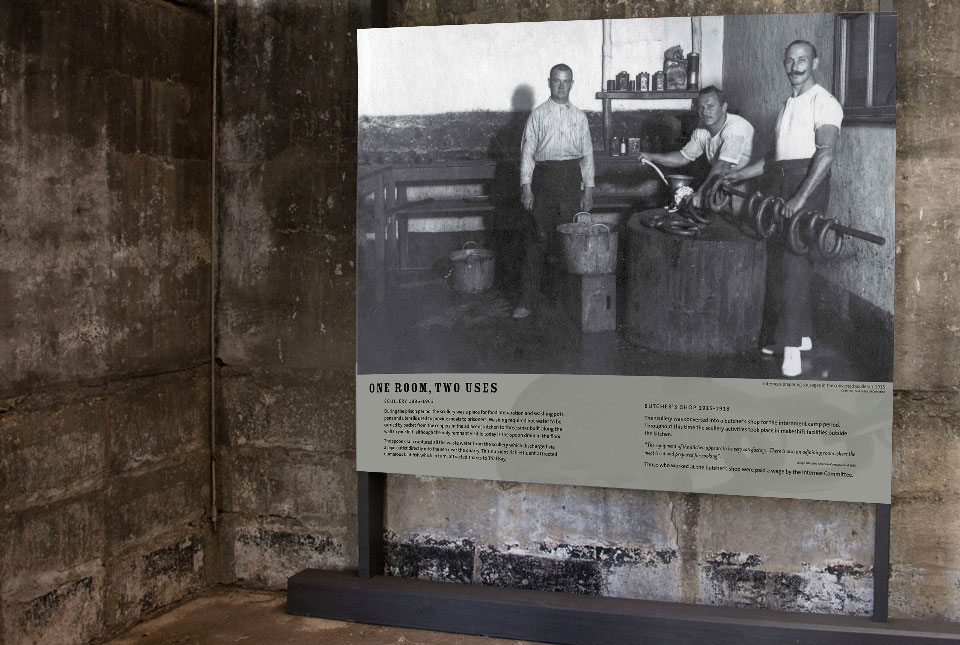 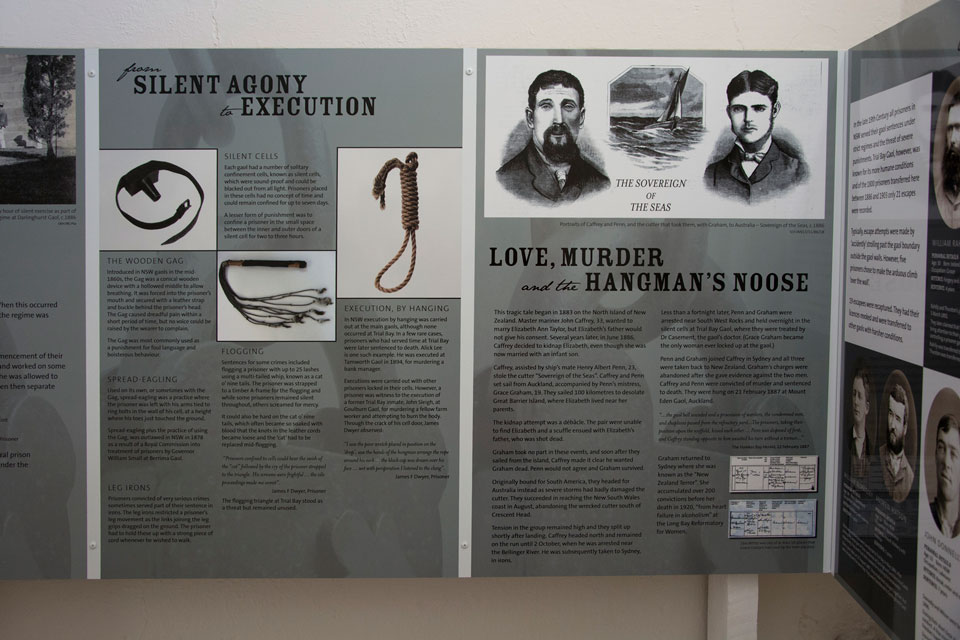