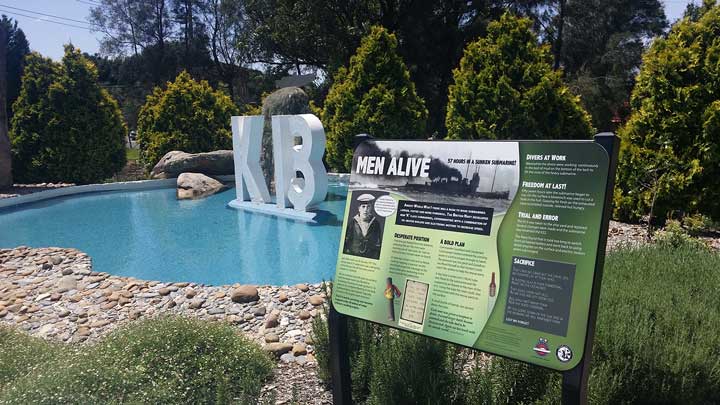 A commemorative sign for WW1 submarine, the K13, was developed for Parramatta City Council. Colours chosen reflect the surrounding landscape .

HMS K13 was a steam-propelled, First World War, K class submarine of the Royal Navy. She sank in a fatal accident during sea trials in early 1917 killing a number of the crew.

This commemorative sign tells the amazing story of the subsequent rescue. 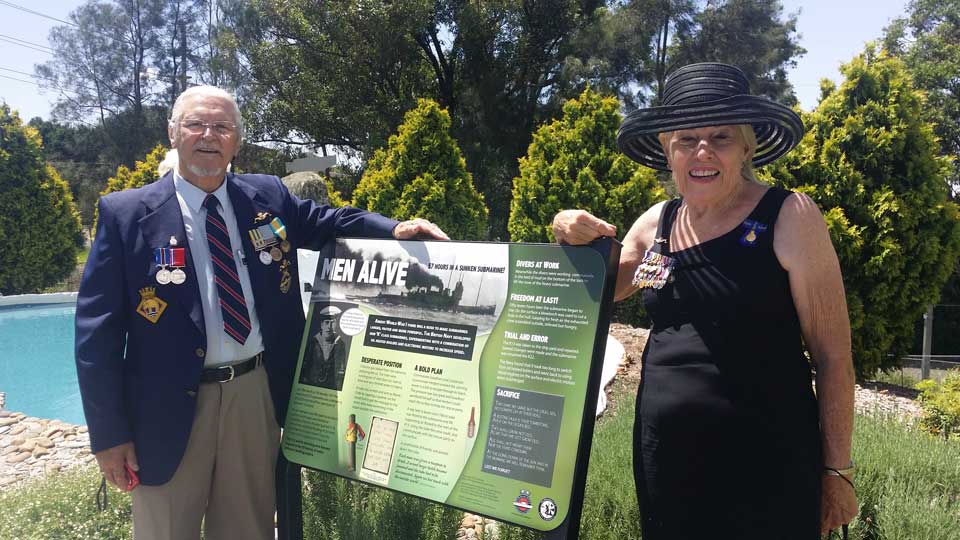 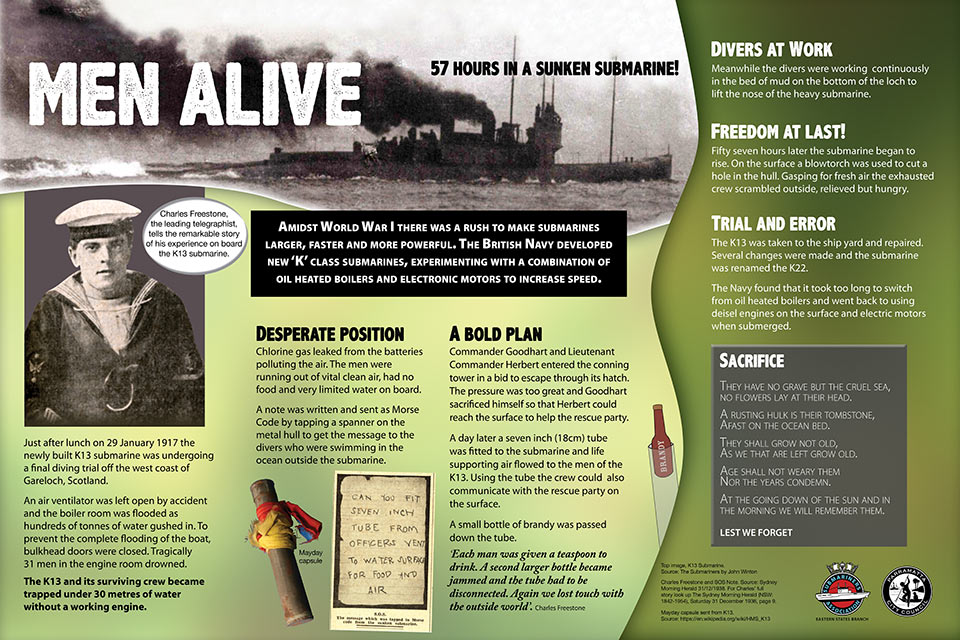 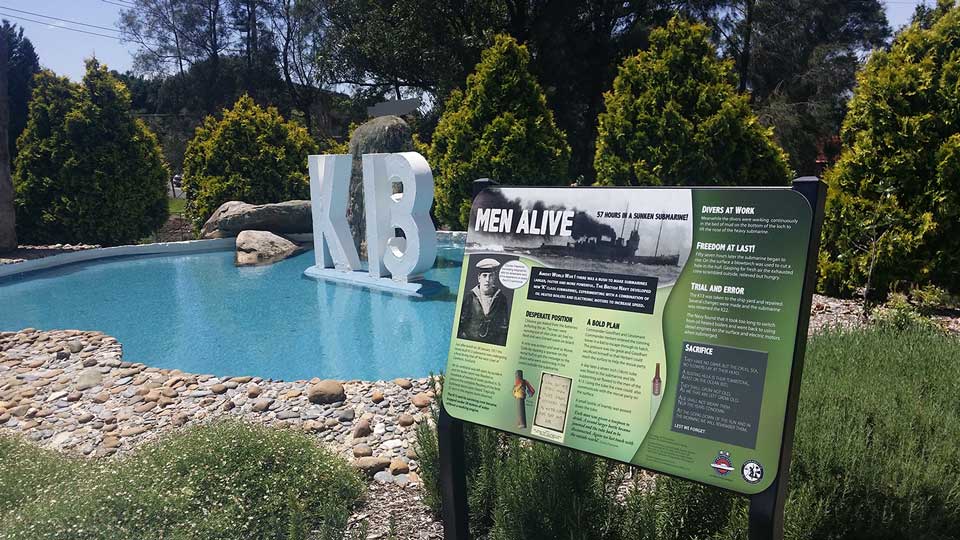 This decade sees important anniversaries for both world wars and there has been a marked interest in commemorative signage for both wars. They are highly evocative and moving stories and we are honored to have been able to participate in these projects.

Kokoda Track interpretive signage was developed for the trackhead at Owers’ Corner. Over time additional signage and stories will be rolled out along the track. The focus of these stories is the shared history of Papuans, New Guineans and Australian’s during this war.

The Cowra POW Camp project was commissioned for the 70th Anniversary of the Japanese Breakout during WW2 – 5 August 2014.

The Jenny Kerr Memorial Sign tells the tragic story of  a Woodstock local girl and her death at Banka Island during WW2.