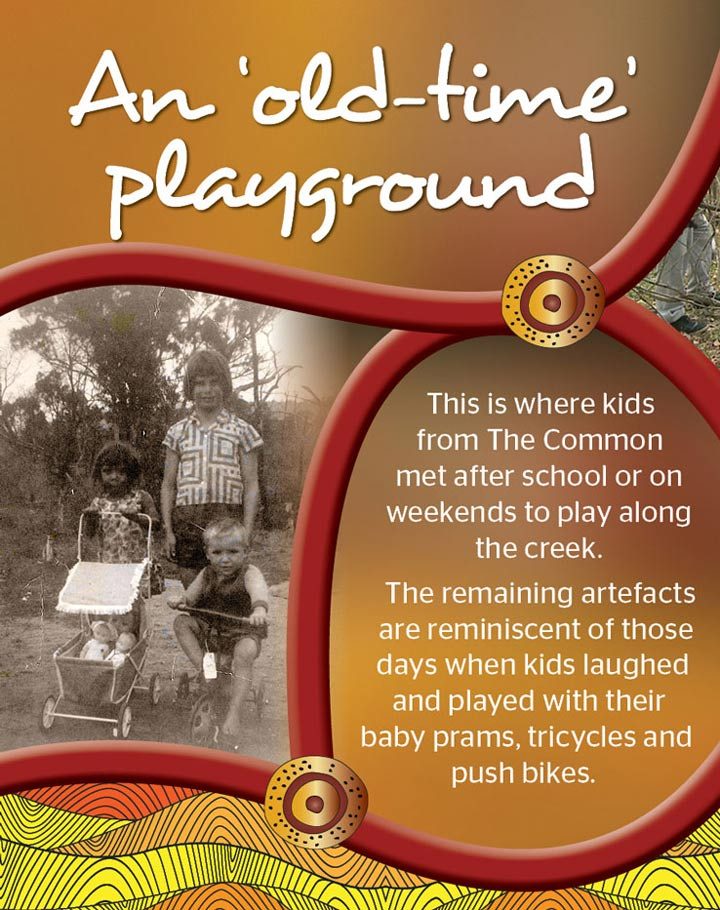 Bright and colourful, this State Conservation Area signage aims to tell stories that are part of the larger story of Tenterfield’s history.

Previously known as ‘The Common’, Curry’s Gap is now a State Conservation Area. Many Aboriginal and non-Aboriginal families were housed here from the 1930’s through to the 1980’s. Facilities were basic and families lived here before being allowed & accepted to live in town. Many parents and grandparents of current residents of Tenterfield lived at Curry’s Gap. In January 2003, Curry’s Gap State Conservation Area (SCA) was created and covers 227 hectares.

Set aside for conservation because of its old-growth forests, the SCA is home to a number of vulnerable animal species. The SCA is closed to vehicles, but visitors are welcome to walk through it. Entry is via a gate on the Mount Mackenzie Road. 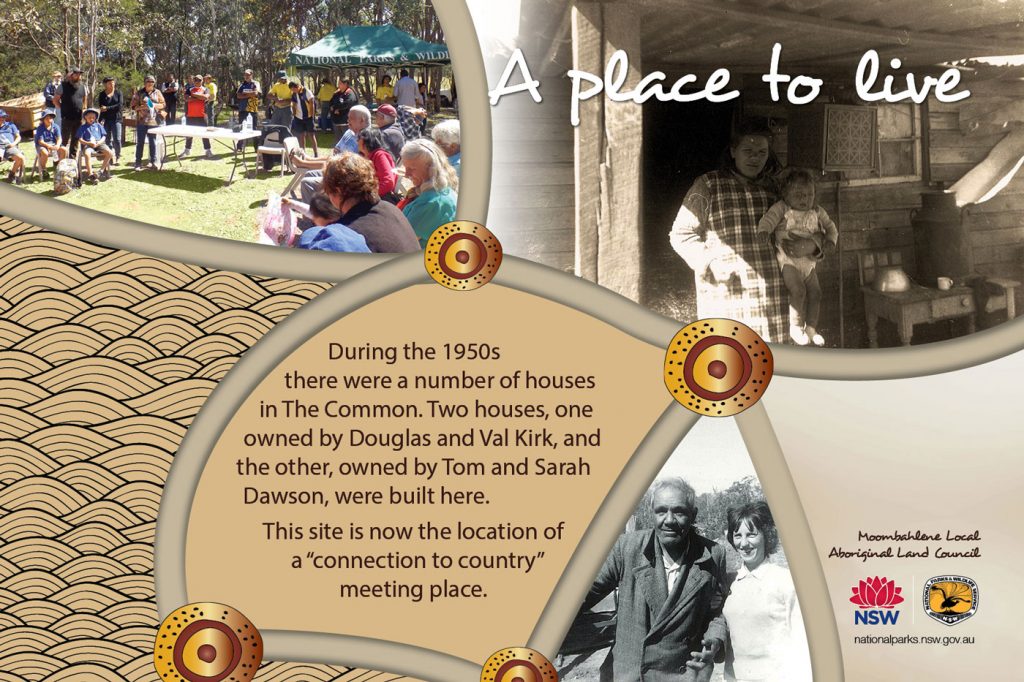 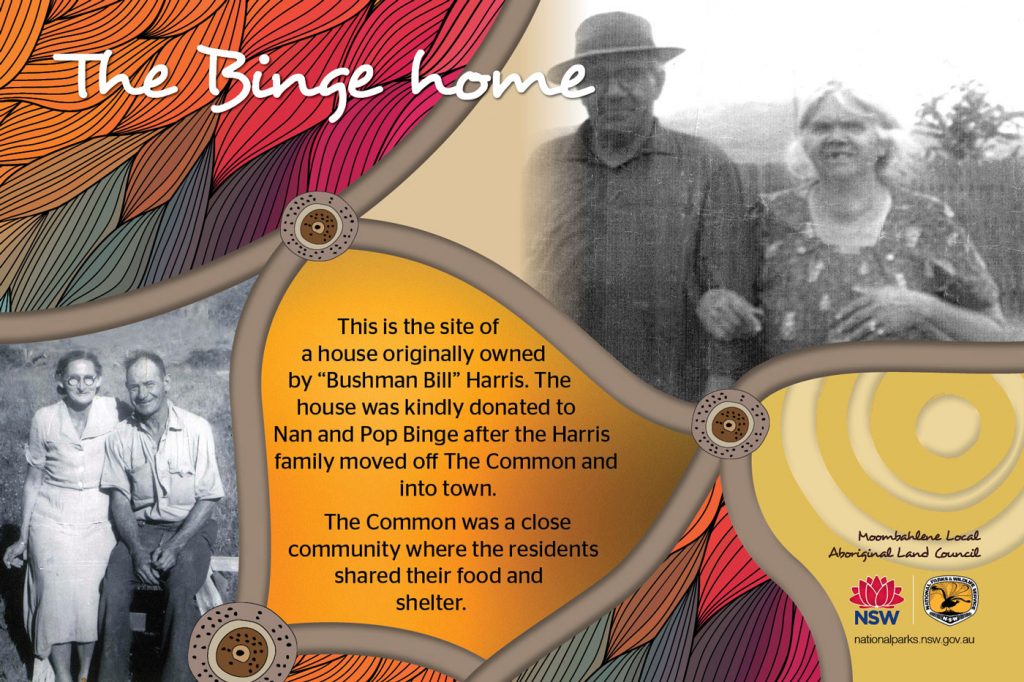 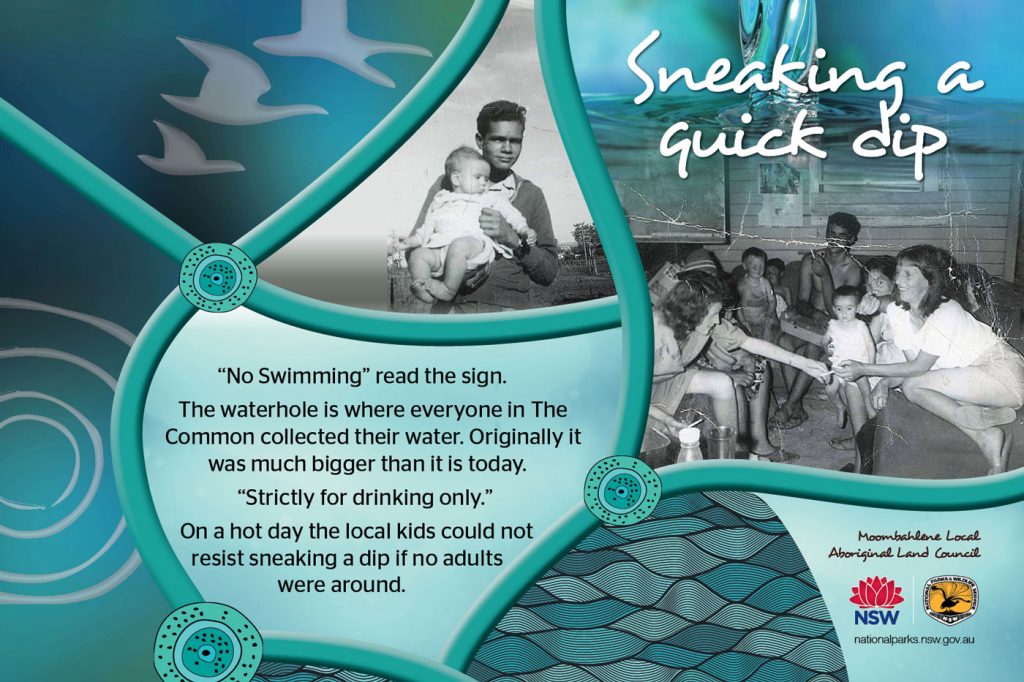 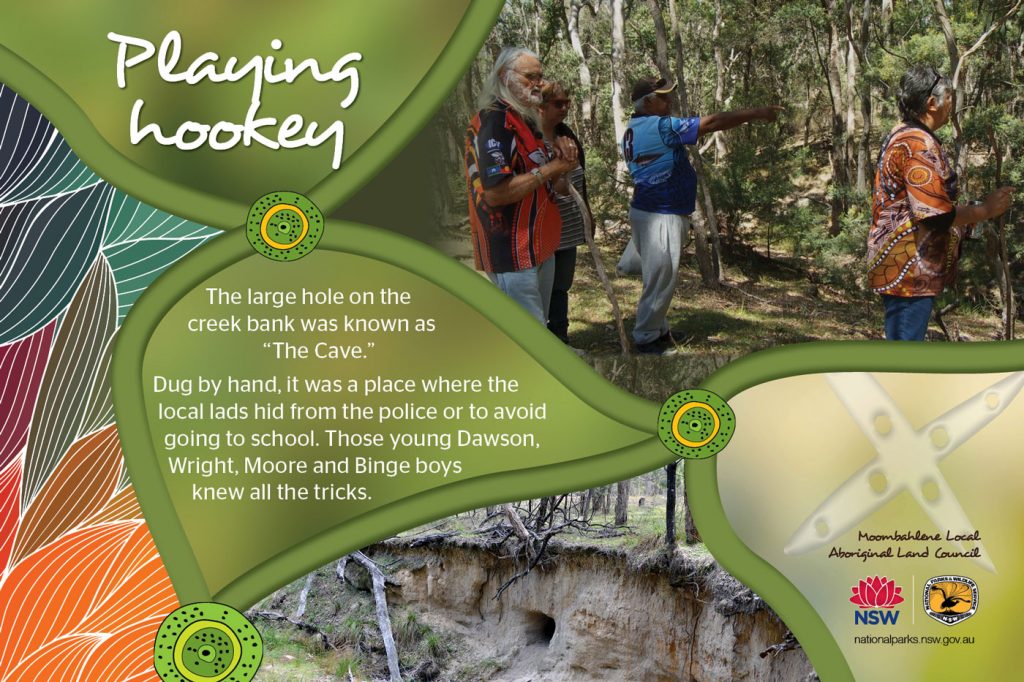 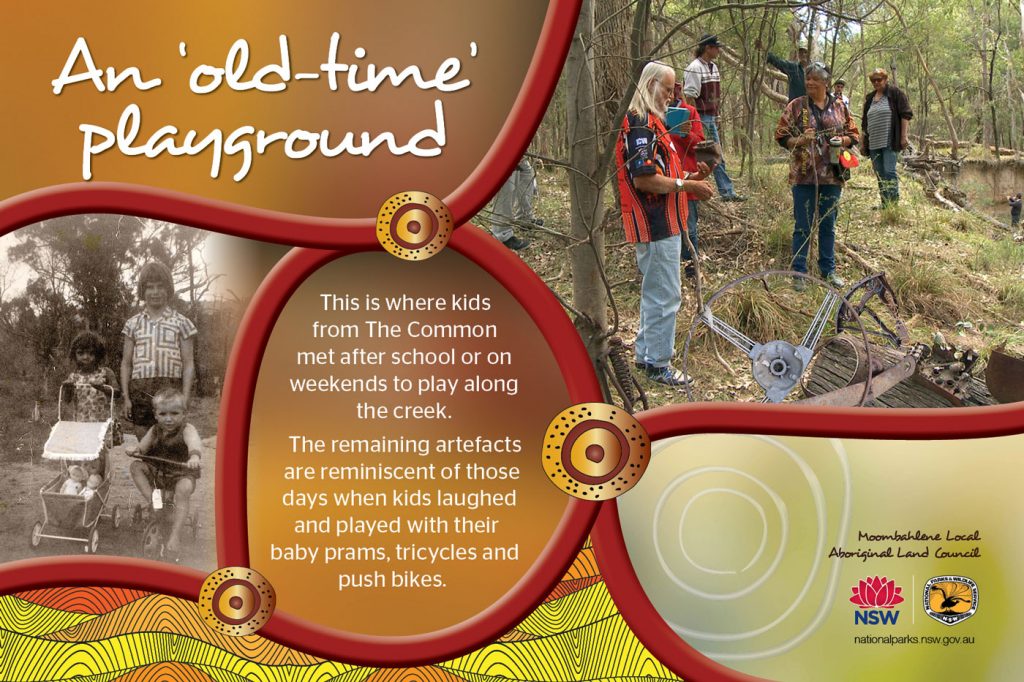 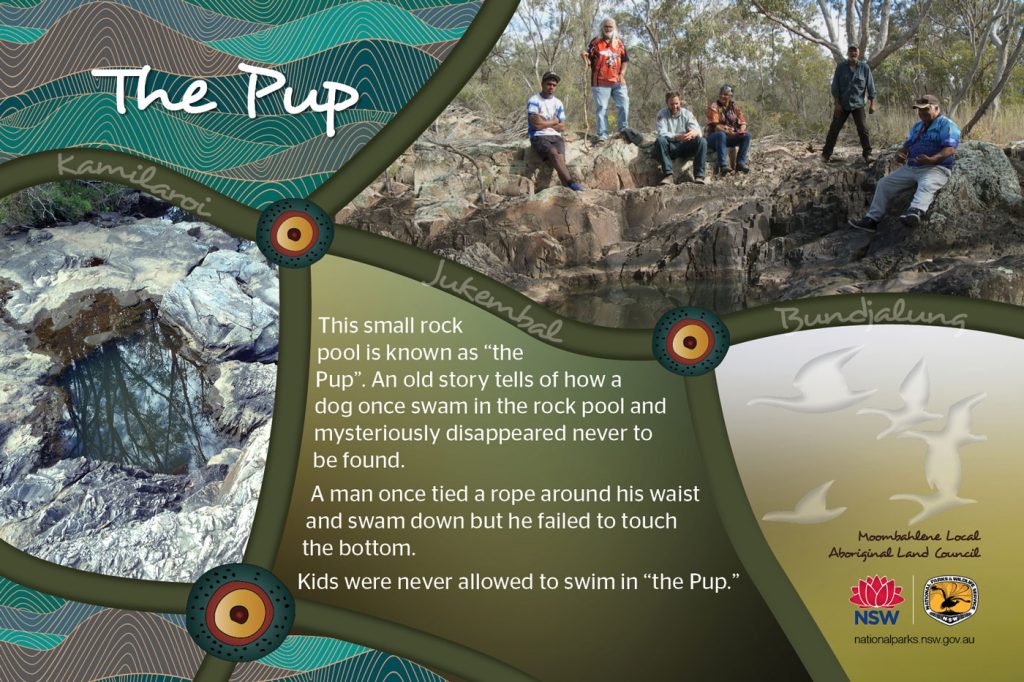 The SCA lies within the Moombahlene Aboriginal Land Council area and the Jukembal language group. The Jukembal people were the first people to inhabit the Tenterfield district. Their territory straddlled the Great Dividing Range from near Glen Innes to Stanthorpe (Halliday, 1988). The name Jukembal means “the people who say ‘jogom’” (the word for ‘no’).

Limited information is available about the culture of the Jukembal people although numerous artefacts found in the region. These include stone axes, spear points and wedges suggesting they may have bartered and traded with other groups. Evidence of Jukembal use of the Tenterfield area can be seen in unusual blazes on old trees and the discovery of bora rings in the region.