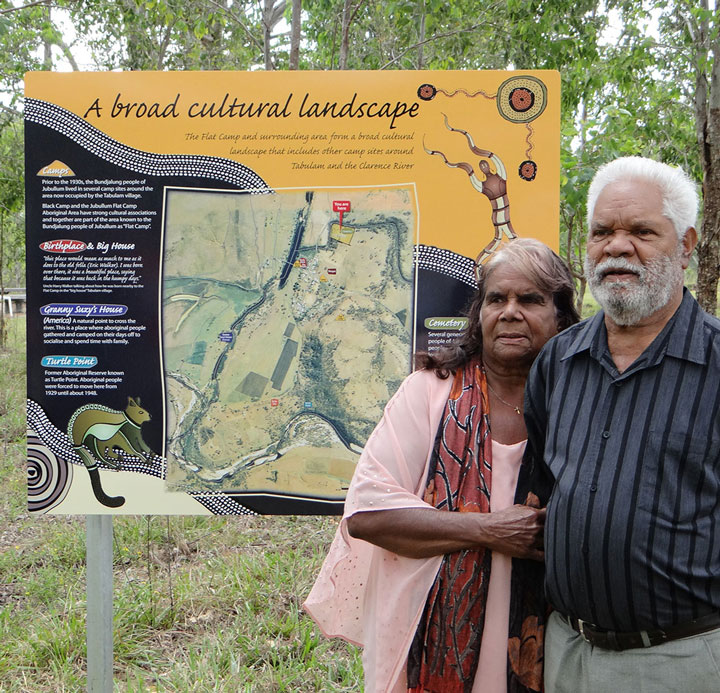 Aboriginal signage themed on country, language, plants and animals, the Wahlubal tribe and the Rocky Creek tribe. These two sites, Flat Camp and Buzby Flats are west of Casino in northern NSW.

TESTIMONIAL – Working for a Government department with an environmental focus, we have required a designer that could capture the essence of a wide array of projects, and we have found The Interpretive Design Company deliver an outstanding service. They are creative and professional, with great communication skills being Dee’s forte. They have proven to be especially flexible with the sometimes protracted nature of the Department’s approvals process, especially when a project involves a number of community and indigenous groups. Despite unexpected delays they have always, with out exception, been able to deliver projects on time. Katrina McKay, Community Engagement, North East Region The Office of Environment and Heritage

Jubullum Flat Camp Aboriginal Area is located within the Country of the Bundjalung people. Located near the village of Tabulam, the reserve covers 7 hectares. It is the site of burials and a place of return for ancestors to Country. The reserve symbolises a period of independence of the Bundjalung people of Jubullum and is a place that realises their hopes of reconciliation with the wider community as well as regaining control over traditional lands. 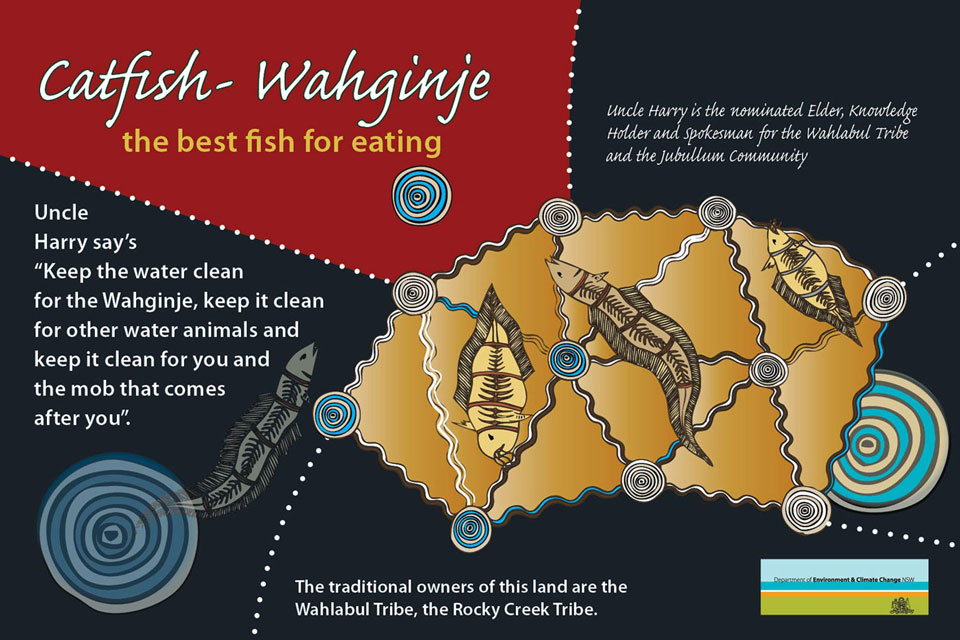 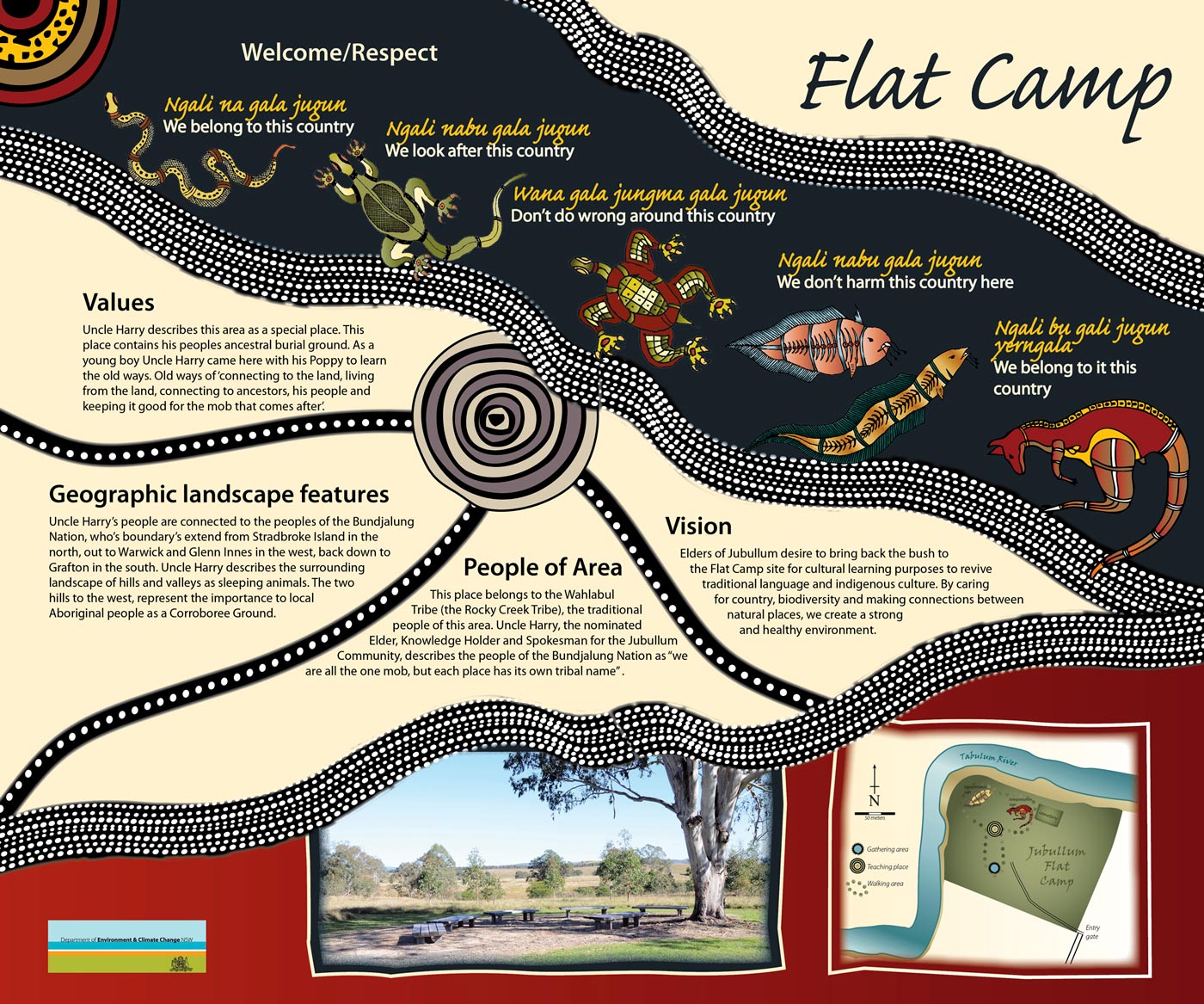 Buzby Flat – The original people who occupied these areas to the east of the Hogarth and Mallanganee Ranges were the Gulabal Tribe. Other tribes, like the Bihryn and the Walabul people, would have frequented these areas to source food from permanent and migratory species of these wetlands. 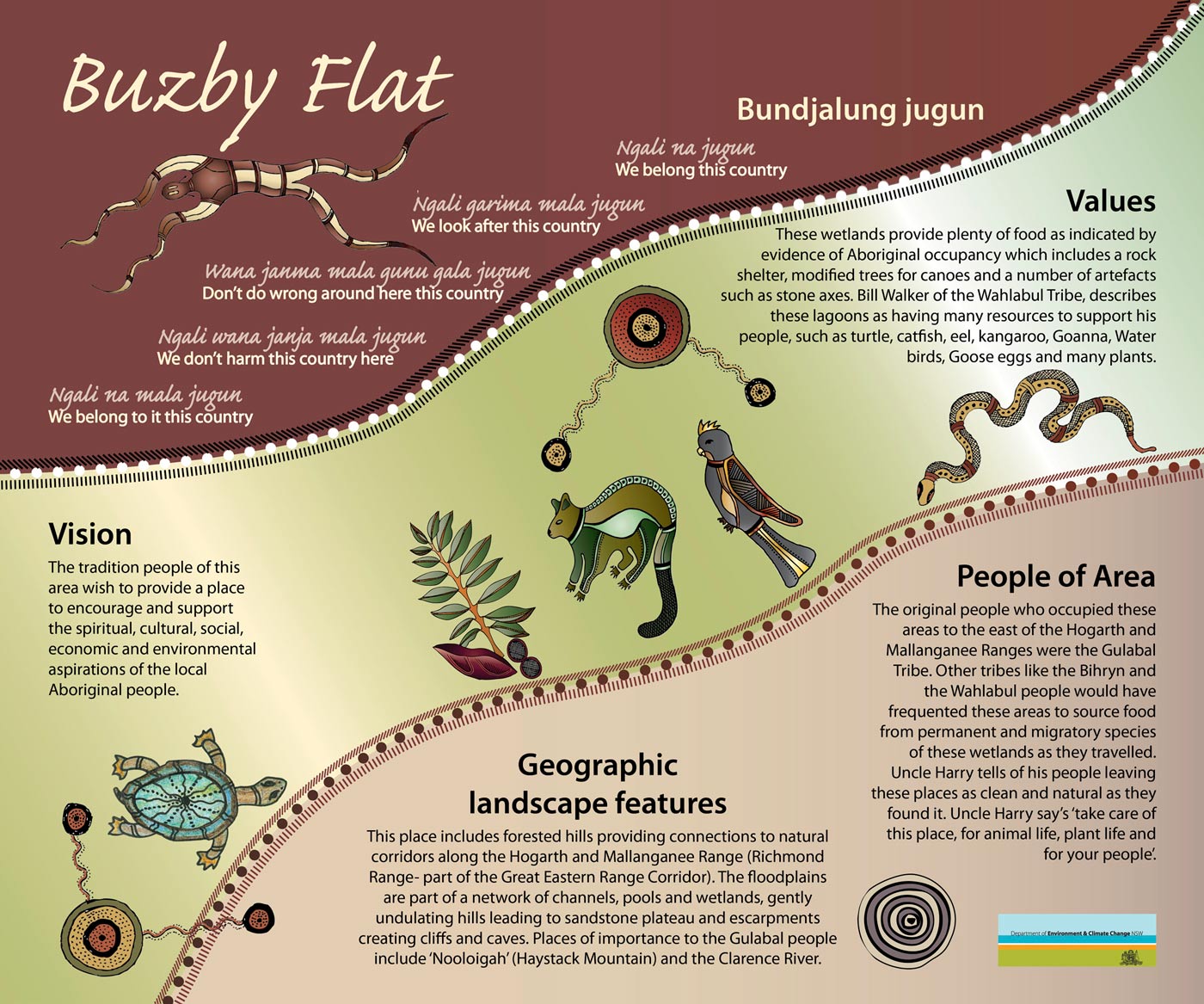 Graphic Design: Beautiful aboriginal artwork formed the basis for all 4 panels – the black and white illustrations were coloured in Adobe Illustrator. Aboriginal language is showcased in a different font and strong earthy colours were used throughout.