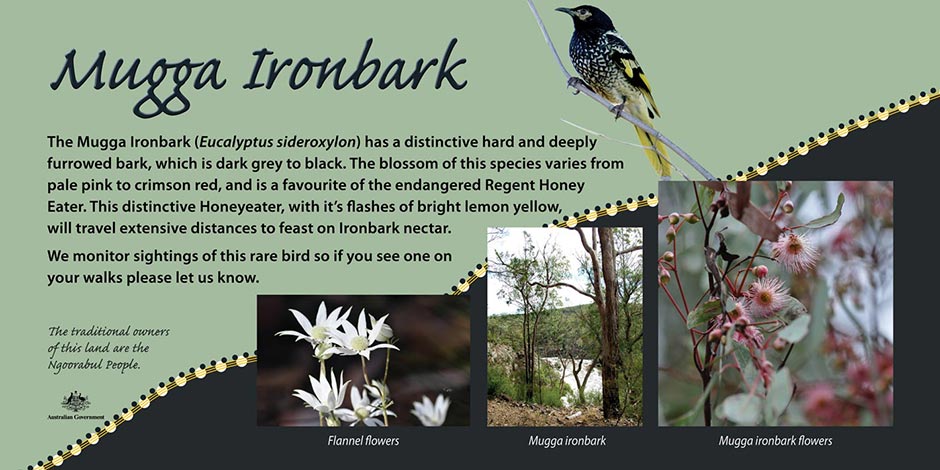 Our design brief was to create a series of aboriginal heritage signs for the Glenn Innes Aboriginal Land Council. 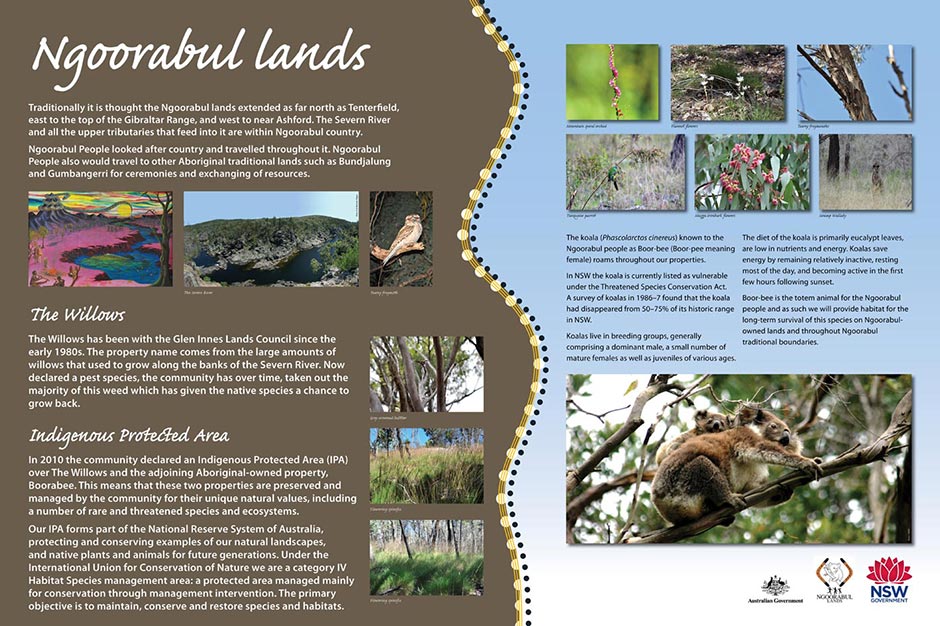 The Willows has been with the Glen Innes Land Council since the early 1980s. The property name comes from the large amounts of willows that used to grow along the banks of the Severn River. The adjoining Aboriginal-owned property is called Boorabee.

In 2010 they were declared an Indigenous Protected Area. An initial 8 signs were designed in 2011 and another 3 were added in 2012. 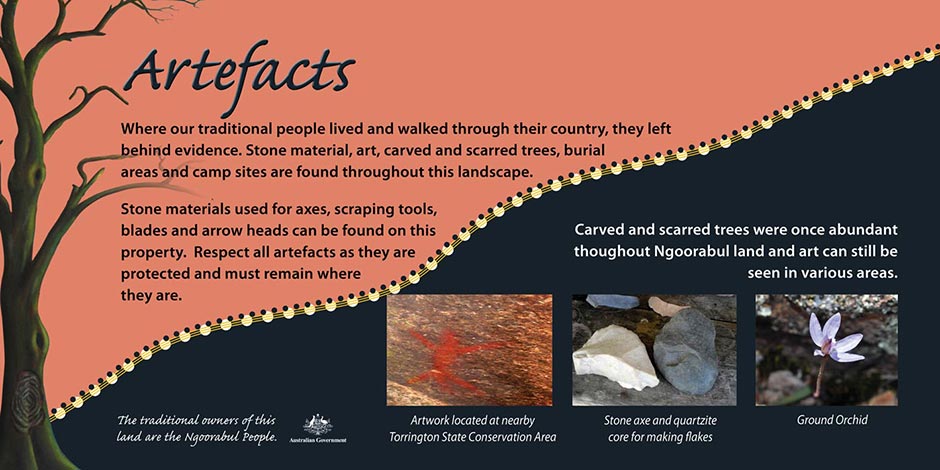 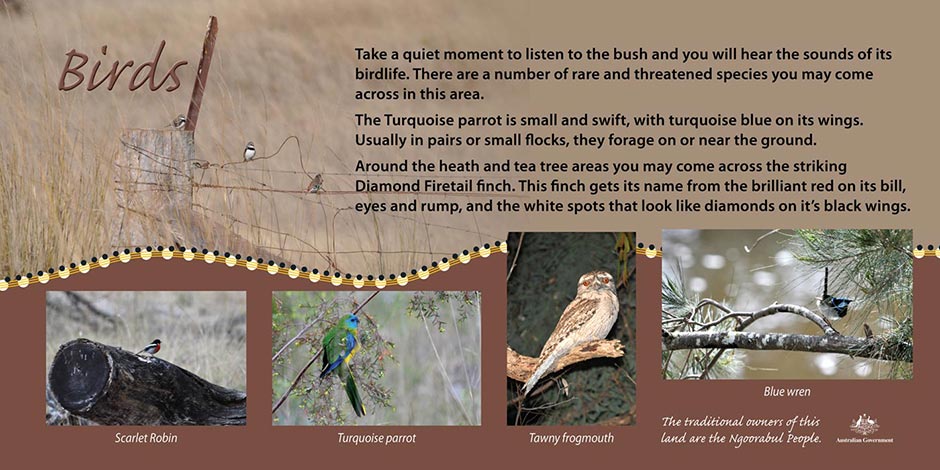 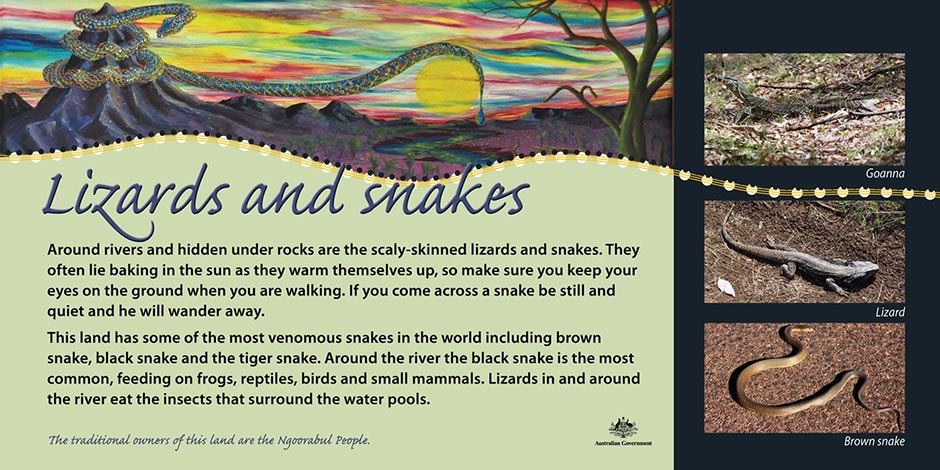 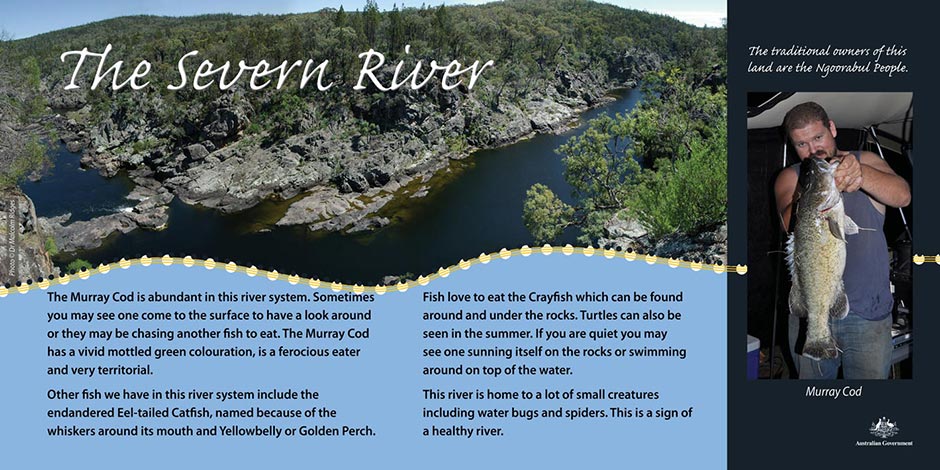 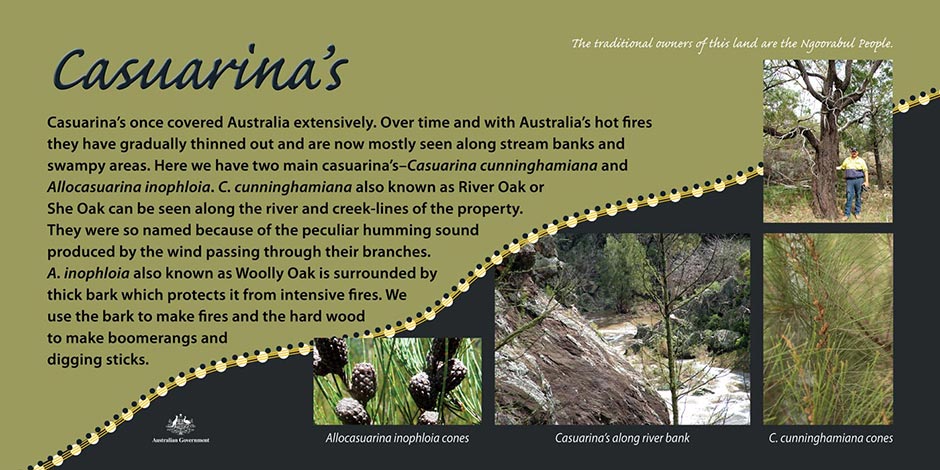 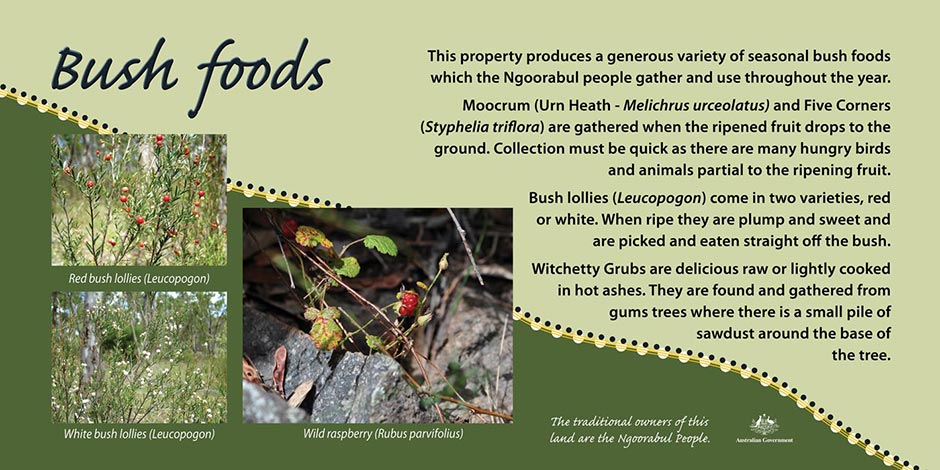 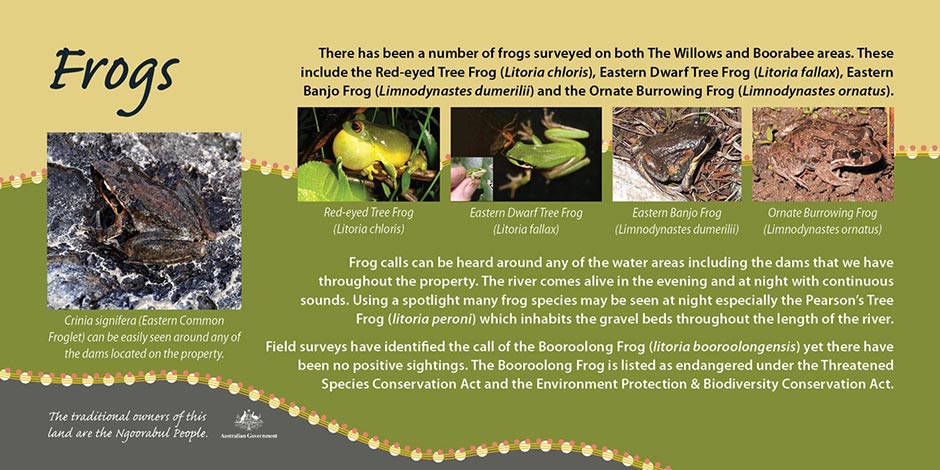 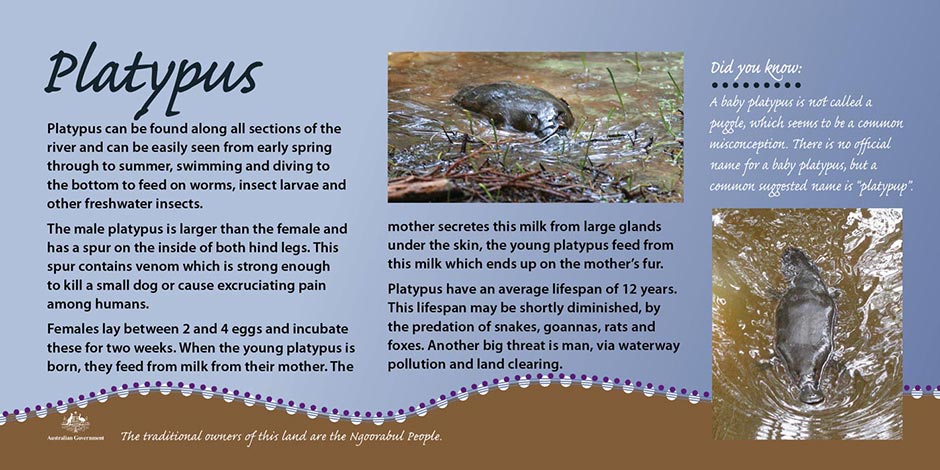 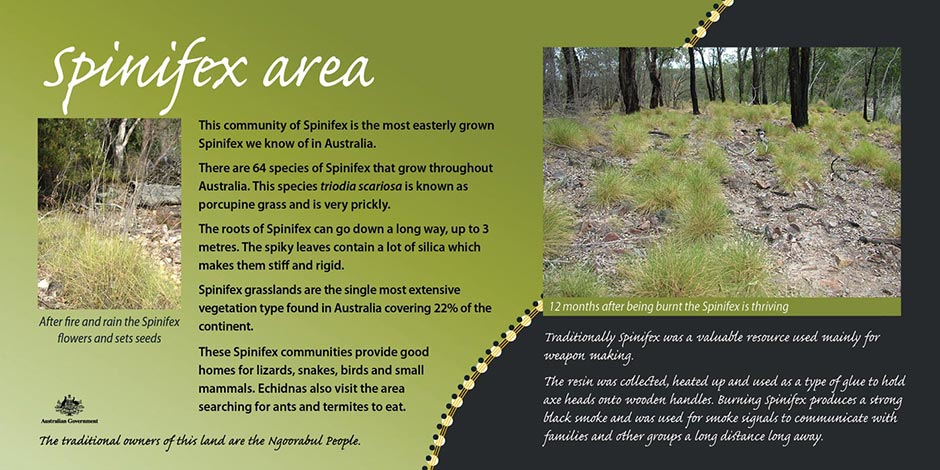