When you are surrounded by 850 of your peers and everyone is buzzing about Interpretation, well, you just get caught up in the “American way.” The conference offered us an opportunity to re-connect with old friends, make some new ones, learn some new “tricks” and just get re-focused on the job ahead. Thanks to Judy Fort Brennerman and her interpretive writing workshop. Does anyone really like standing up and talking about their inner self?

Sitting here in a humid Australian summer, it’s hard to believe that 2 months ago we were in Denver, freezing off our extremities and rubbing shoulders with 850 plus NAI members at their National Conference.

By late October 2014 we had put all our big projects to bed and it was off to America for a well deserved rest. At least that’s what we thought. Arriving in LA for the first time is somewhat daunting as the place is vast and getting around takes quite a bit of time. Two cabs at $60 each was all the inspiration Dee needed to master the public transport system. Her experiences in the Seoul underground (earlier in the year) had fortified her for any challenge and so we soon found ourselves on buses to get across town. Special places we find, like Blue Plate Taco adjacent to Santa Monica Pier, tend to become our haven to beat the crowds or get out of the heat. Great Mexican food, fantastic beer and of course stunning Margaritas. We kept going back.

I won’t go into the details but if you are ever in LA get to the Getty Center. One word, amazing!

The plan was to drive to San Francisco and first stop Monterey. From our base we were able to check out Monterey Wharf with a fantastic breakfast, the Big Sur coast, sea otters, seals and the biggest seagulls in the world. They were just huge and made our varieties seem puny by comparison. North to Santa Cruz and Ano Nuevo where we saw adolescent elephant seals on the beach…about 350 of them awaiting the arrival of the adults later in the season.

Dee basking in the sunshine at Monterey Wharf

Sitting high above the Yosemite Valley (over 7,000 feet or 2135m) and looking out over the snow covered wilderness to the east with a line of cloud brushed onto the Yosemite skyline it was a fabulous opportunity to reflect on the work we had done over the previous year.

View from Nevada Falls, Yosemite NP and Yosemite in autumn

Peter turned 60 in Yosemite National Park which for us is a “must do place” when considering a US west coast tour. It was Peter’s first time in America and Dee’s second trip, and it was a well earned break after the workload of 2013-2014.

When your are in the moment with work it’s hard to appreciate the creative output, the amazing people we had met along the way and the rewarding experience of the completion of large and often complicated projects. All the anxiety and struggle had melted away and we were left with the two of us in a breathtaking landscape. Oh, and by the way, we saw not one but THREE bears. A mother and her cubs. That is a purely “WOW factor” experience.

The end of an era

A very special part of Yosemite is the Mariposa Grove and we were lucky to be the last visitors to tour the Grove on a truck-drawn trolley. The Grove had been accessible by vehicle continuously for 150 years but the Park Service has decided that vehicular traffic is causing erosion within the Grove and from next year you will only be able to see all the Grove on foot except for a small section which will be accessible for wheelchairs.

An American icon under threat

Yosemite had been burnt by severe forest fires and they reported at one stage that they could lose a large portion of the park (3,026.87 km2).

Yosemite is, of course, an American icon and the first land set aside for the public by the US government after lobbying was initiated by Galen Clark (President Abraham Lincoln signed the Yosemite Grant in 1864). Later, John Muir led a successful movement to establish a larger national park encompassing not just the valley, but surrounding mountains and forests as well—paving the way for the United States national park system. You have to give credit to the fire fighters for saving this wonderful wilderness. We thought of the Warrumbungles back in Australia.

If you’re going to San Francisco

“If you’re going to San Francisco, be sure to wear some flowers in your hair”. Scott McKenzie

Yeah, you got it, Haight-Ashbury. An intersection that has gone down in history as the birth place of the hippie movement of the 60s. Some of the people from the 60’s have been stuck in a time warp and Haight St is retro, weed and C21 hippies.

Doesn’t quite gel but there you have it. What’s great about this part of San Francisco is that it sits next to Golden Gate Park and the de Young Museum. We lucked out again. Peter’s favourite artist, Keith Haring, was being exhibited at the museum. Dee is now a fan.

Our favourite part of San Francisco was the Mission District. It’s a bit more grungy but alive with popular culture, street art, skateboarders and interesting places to hang out and eat.

Our final mission in SF was to gear up for the sub-zero temperatures of Denver so it was off to Macy’s. Macy’s is big, very BIG. They even have separate buildings for men and women. Bubble jackets, fur-lined boots, thick socks and scarves. We were ready for anything. 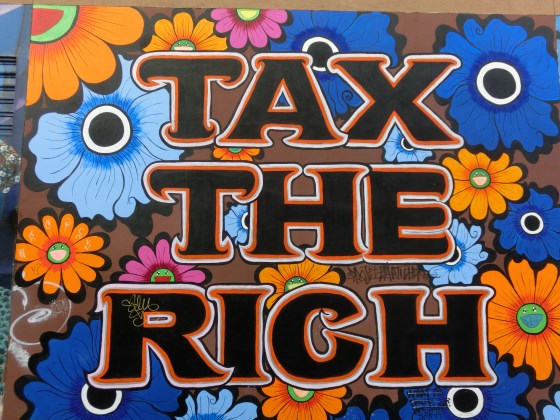 Are we crazy or what? Millions are in snow up to their necks, we are hanging out on the relatively balmy west coast, and you want to go to Denver!! Everyone looked at us like we had just “beamed down.” Oh, you’re Australians. That says it all. So it’s off to Denver and the NAI annual conference. 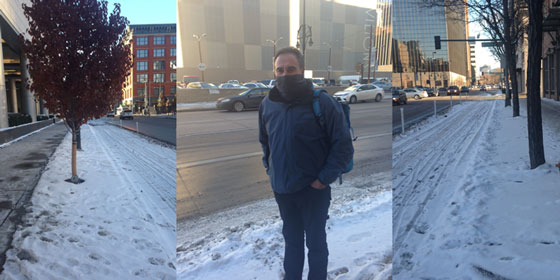 When you are surrounded by 850 of your peers and everyone is buzzing about Interpretation, well, you just get caught up in the “American way.” The conference offered us an opportunity to re-connect with old friends, make some new ones, learn some new “tricks” and just get re-focused on the job ahead. Thanks to Judy Fort Brennerman and her interpretive writing workshop. Does anyone really like standing up and talking about their inner self? Dee trembled and Peter quivered their way through a workshop that was mostly great fun but every now and again asked you to reveal something about yourself. On reflection it was such a great experience and equipped us with skills to hone our craft in the coming years.

Denver is alive and well and has a bar that offers over 45 different beers on tap. You can even get little tasting trays and the beer is great. First few days it was COLD. Dee can be cold on a balmy summer evening so Denver presented a few logistical problems. Like how to prise Dee out of the building to get anywhere. Every time I looked around she had ducked off inside. People must have thought I was trying to abduct her as I tried to drag her outside. Funny, no-one ever intervened.

How lucky can you get?

Dale Chihuly, glass artist “extraordinaire,” was on exhibition in the Denver Botanical Gardens. Another of Peter’s “favourite things.” Now the gardens are not at their best in winter but Chihuly turned on an amazing display. Clyfford Still Museum…breathtaking. Denver Art Museum…outstanding.

Time to get going over the Rockies and back to LA. Easier said than done.

Time to leave Denver and our Uber man gets us to the airport and Dollar Car Rentals. This is what we thought would happen. Arrive at Dollar rentals, pick up our prepaid (Rentalcars.com) Jeep 2015 model and off over the Rockies to warmer climes. This is what actually happened.

Arrive at Dollar Car Rentals, spend 40 minutes playing 20 questions with a salesperson who looked like a cross between Arafat and Lou Costello, sign on the dotted line, get the keys pushed across the desk, “go outside to section L and find your own car or take the Chrysler Odyssey out front.” What the? I thought we ordered a Jeep?… ” look outside and find a car.” OK so I’m slow, we haul our gear outside and wander around a lot the size of the Sydney Football Stadium. No Jeeps in sight. The penny drops. We take the Odyssey on an odyssey. Heavy snows are forecast and we have to get out of town fast or fly later in the week and miss the desert parks. At the end of our trip Dollar Car Rentals has used our credit card and charged us over US$1300 more than the prepaid price. I blame myself for not reading the 10,000 words of fine print. It’s a scam…buyer beware.

As it turns out the Odyssey is not a bad LITTLE car – 4 cylinder v the 8 cylinder Jeep 4WD. Which would you rather cross the Rocky Mountains in if there was a blizzard? And snow it did, and snow and snow.

We pass double bogey trailers with chains, cars off the side of the road and all the time trying to figure out how to heat the windsrcreen. The ice on the screen gets browner and thicker. Visibility gets less and less. Dee has embedded her finger nails in the dash and all the time I wish I had worn my incontinence pads. Finally, after having aged 20 years, we are spat out into brilliant sunshine and desert landscapes. Grand Junction here we come.

First stop Arches NP, a park that Peter has wanted to visit since he saw the photos 20 years ago. Another dream come true and with this park words cannot describe the scale or the colour. Across the road it looks like a negative impression of Arches. Canyonlands is all about what has been worn away by millennia of water erosion. As vast as Arches is above the ground, Canyonlands is endless tracts of canyons etched into the landscape. The town of Moab, Eddie McStiffs bar and the best espresso we had in the US.

Off again across a ever changing landscape of desert. I had never imagined that sand and rock could be created in such a diverse range of forms. Capitol Reef and the Grand Escalante National Monument were jaw dropping vistas. We had never uttered the word WOW so many times in 2 days. Is WOW a word?

We had debated whether to go to Bryce Canyon or not. If you ever have the chance don’t hesitate. Dee chose it as her “pick of the parks” and it is hard to argue with her. We spent a couple of days there and the only let down was the food. Horrible.

Last stop Zion NP. As the closest of the big parks to LA and our visit coinciding with Thanksgiving the park was understandably crowded. We agreed that the best part of our visit there was the drive through from east to west but many people claim the walk to a highly elevated Angel’s Rest, via a track that has seen multiple deaths, is a highlight of the park. Maybe next time.