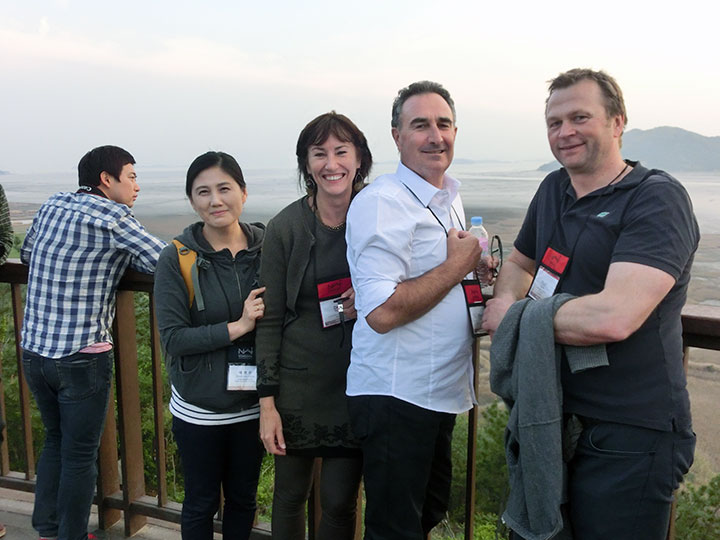 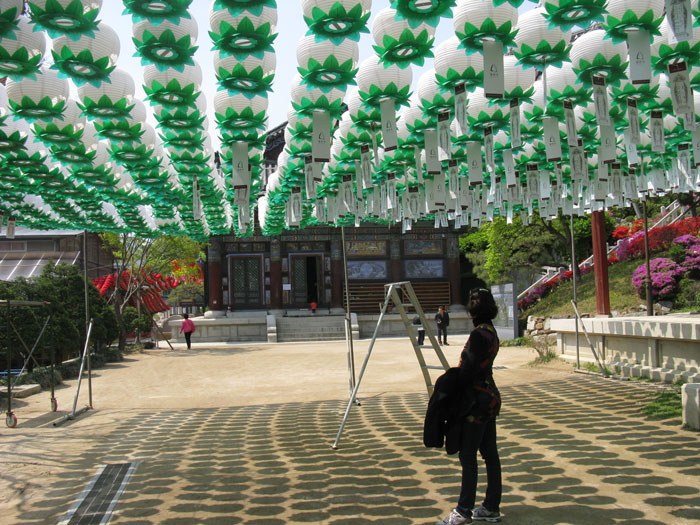 This year the NAI returned to South Korea for its annual international interpretation conference and we were hosted by the people of Suncheon in the south of the country. The National Association for Interpretation (NAI) is a professional association for people who are involved in the interpretation of cultural and natural heritage resources and is based in Fort Collins, Colorado, USA.

Flying into Incheon Airport for the first time, late at night, can be daunting. The airport is approximately 60 minutes by car to the capital, Seoul. There is an airport train but we chose the easiest option and took a taxi which cost nearly AUD$80. Expensive but it gets you to your hotel in one piece. We stayed at the IP Hotel in Itaewon which is a district occupied by American soldiers since the Korean War. Itaewon is well known for its cosmopolitan lifestyle and a host of international flavours in the many restaurants within walking distance of our hotel. Dee and I had a fantastic time in Seoul even though the smog was very bad for the first two days. The Seoul subway has been voted consistently as one of the best in the world for its ease of use, cleanliness, and frequency of service.  Trains run non-stop approximately from 5:30 am until midnight every day. The Seoul subway consists of  11 lines and each line can be distinguished by its representative colour as well as signs and maps in both in Korean and English. A very user friendly transport system with a trip planning app that makes getting around easy.

Suncheon Bay Ecological Park and the Field of Reeds wetland

Four days in Seoul and it’s time to head south. The local affiliates of the NAI have everything under control and our very comfortable bus takes us on the 4 hour road trip to Suncheon. Tragically the day we arrive in South Korea there is a ferry disaster and many school children are lost. The nation is in mourning but the locals in Suncheon put on a brave face and their hospitality is amazing. The conference is held in a “botanical garden” but Suncheon Bay Ecological Park  is more like a Korean theme park. Approximately 1 kilometre south of the park is a wetland known as the Field of  Reeds. A late afternoon walk across this world heritage  wetland to an elevated viewing platform at the top of a mountain affords us “the best view in South Korea.” The conference hosts a diverse range of speakers and topics. As usual its a bit hard to take it all in. We enjoyed meeting people from the USA, Canada, China, Nepal, India, Malaysia, Norway, England, Myanmar and, of course, Korea. Can’t wait for the international conference in Montreal, Canada, next year. 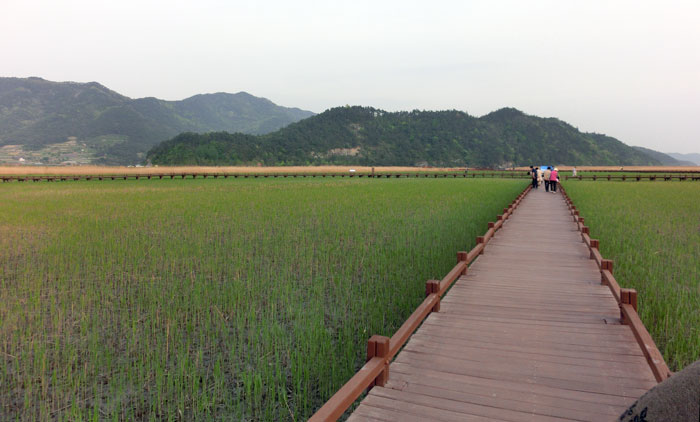 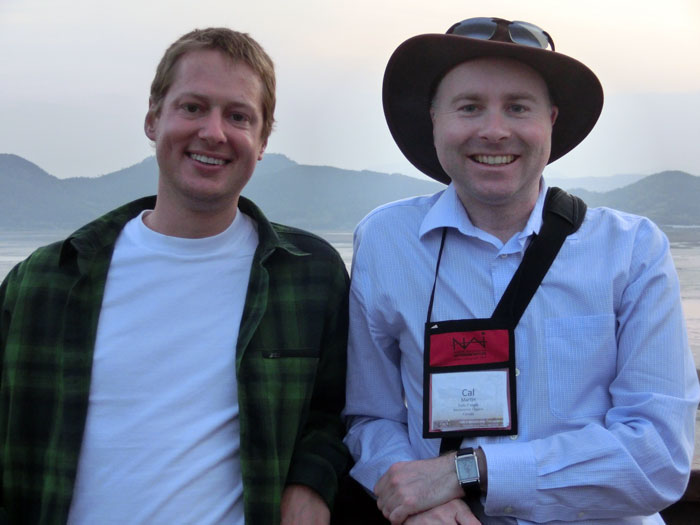